I forgot all about your fucked up-ness with the fat rodent predicting our weather.

But it’s probably the first time in over 10 years that I’ve woken up on Feb 2 with several inches of snow on the ground.

Went outside in my slippers to snap a pic because it was pretty. See? 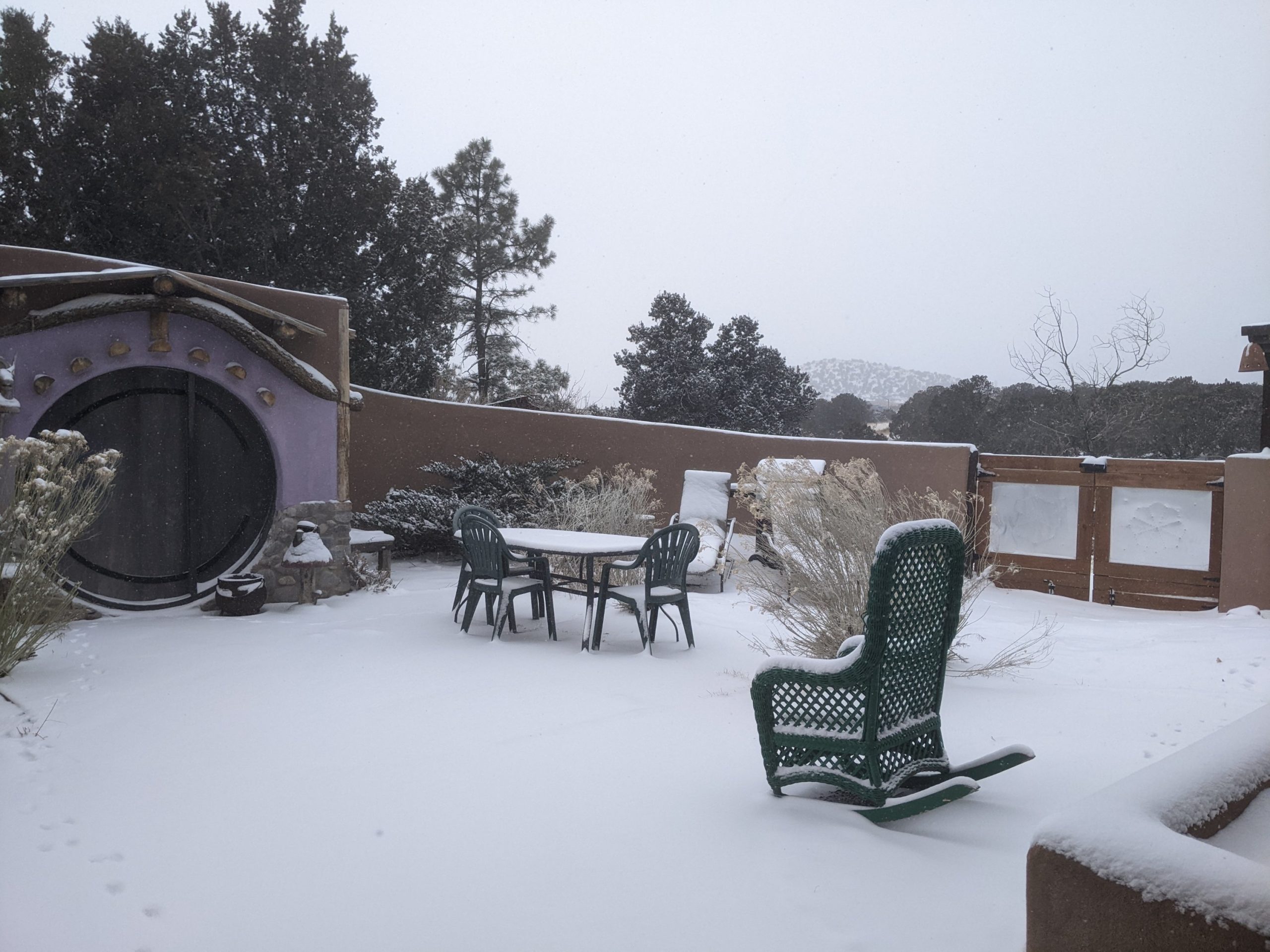 Inhaled copious amounts of coffee to fuel myself for my first meeting, which happened bright and early at 7:30 am. Cool.

Replied to some emails, gave some critical feedback to coaching students, hopped on Zoom to record a podcast episode. Had a phenomenal conversation and still managed to wrap it up with 10 minutes to spare before my next call.

FIVE minutes before the call, my laptop died.

I’m not exaggerating. The screen went entirely black in less than a second. I tried every hack and keystroke I could think of and it wouldn’t respond to anything. Essentially it turned itself off and never came on again.

Double boo since the laptop was only just over a month old. I bought it on December 27th, while out shopping with my mom. I even knew the exact DATE.

I called Best Buy since that’s where I got it, and they told me to make an appointment and bring it in to Geek Squad.

So remember back at the beginning when I mentioned snow on the ground? This is a relevant point. There was a winter storm warning in effect, and it was still coming down at the point my laptop died. Basically, it was snowing like a motherfucker outside.

In other words, I hadn’t planned on going outside. I was not thrilled by this development, but it was better than no laptop.

I somehow handled all this in five minutes and managed to power through the coaching call on my phone. As soon as it was over, I headed out into the cold. Sorry, I didn’t think to snap a pic of Scarlett (my car) all covered in powdery snow. It was stunningly pretty, and also annoying since I had to clean it all off to get on the road. Triple boo.

When I got there, the Geek Squad guy (Raymond) tried several tricks before reluctantly confirming my original diagnosis: it dead.

He offered to ship it out for repair – estimated time 3-4 weeks.

Ummm… no. I told him I am a digital nomad, would be leaving the state in less than two weeks, and that I couldn’t go a month without my laptop since it’s my livelihood.

Thankfully, he grabbed the manager to see what they could do…

Turns out they could do a lot.

Manager (Alex) overrode the warranty requirement to ship it out, refunded me store credit, and I wandered over to the computer section to pick out my next machine.

A lovely and wonderfully helpful salesman named Bru talked over my needs with me and recommended a similarly spec’d Lenovo to replace the Samsung that’d crapped out on me. He even pointed out to Raymond that my old hard drive MIGHT be salvageable. So they promised to try and recover the podcast ep.

I headed back through the snowy hills to my Airbnb. Sat down and opened up the new laptop, which promptly made a loud buzzsaw noise that I KNEW couldn’t be right.

I took a video of it happily buzzing away, just in case it wanted to do that stupid thing machines do where they don’t make buzzsaw noises in front of people that can fix them.

Bundled up again, got back in the car (which thankfully was still warm enough to not have accumulated another layer of snow), and headed BACK to Best Buy.

Everyone in the store was like “you’re back again?”

Remember, it was a snow day. Mine was the high drama/entertainment of the afternoon.

Thankfully Alex the Manager was still there, because in my haste I forgot my wallet at home. He looked up the transaction, repeated the refund/store credit process and swapped out the buzzsaw Lenovo for an identical version that would hopefully NOT be a power tool in disguise.

At that point, I was dreading having to make another trip out into the snowstorm… so I asked to do the initial setup in the store, just to make sure the new one was also not a dud.

It appears not to be, since I’m typing this lengthy novel on it from the comfort of my couch.

Damn that was a long day.

I’m grateful to be alive in a time of such ease and convenience, and especially grateful that I’m in a position to replace a laptop that craps out on me. And also, I just wanted to whine about driving in the snow when all I wanted to do today was LOOK at it. From inside. With fuzzy socks on, while drinking hot chocolate.

Also the team at Best Buy off Zafarano in Santa Fe gets my highest endorsement. Those guys went so far above and beyond to get me taken care of with a new laptop same day… in a freaking snowstorm. My heroes <3

UPDATE Feb 3: turns out my dumb ass didn’t bother to look at the port situation on the new Lenovo. So bright and early in the ONE DEGREE WEATHER, I had to head back out to get an adapter to connect the new laptop to the external monitor I travel with.

Whew. I think the crisis is finally averted.