Like a lot of folks, when the pandemic hit, my fitness routine flew right out the damn window.

I’d been so diligent before, too – more than two years of going to the gym 4-5 times a week. At one point, I was benching 90 lbs. (impressive for my puny arms) and leg pressing 300+.

So in mid-January I got tired of being tired and decided to get my strength back.

I modified one of my old workouts to work outside the gym with no equipment. Then I walked half a mile to a local park, and made the biggest mistake of my weight-lifting life: I started with leg day.

This will be relevant in just a minute. Especially since I just told you I was pressing 300+ lbs before – that might give you an indication of what my typical leg day used to look like.

I knew better, but still my dumb ass walked to the park as a warmup. Went through the old routine as if I hadn’t taken 9 months off. Music blasted, heart pumped, felt great… until it was time to go home.

My cool down consisted of limping back to my Airbnb.

The next day I could barely move, and that really sucked because at the time I was in New Orleans. My Airbnb was near the St. Charles Streetcar, and walking was my favorite way to get around – especially since this year folks decorated their houses like parade floats (because COVID forced the cancellation of the parades and parties). 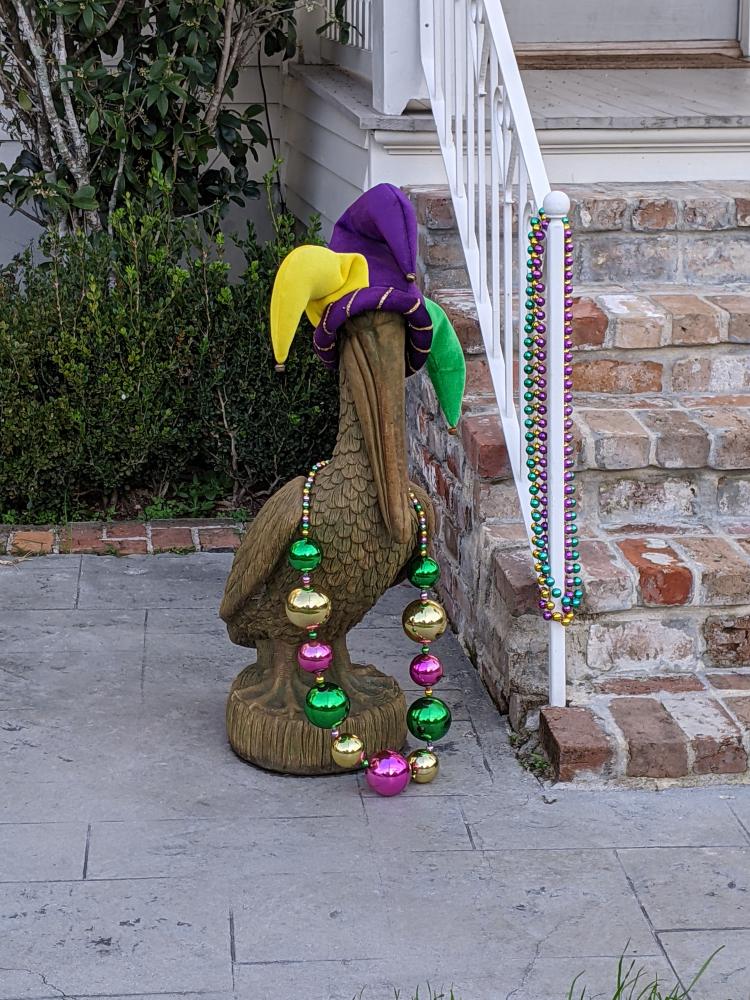 It took three full days to move without pain, and I sure as hell wasn’t feeling inspired enough to bring arms into the workout mix.

That’s what happens when you try to move too fast.

Sometimes the fastest way to get somewhere is to move slow.

Think about it – if I’d been the hare in this story, the tortoise not only would have beaten me while I recuperated, it would have lapped me a couple times.

And it sucks when you like to move fast – but remember, moving slowly beats not moving at all.

Of course there’s an occasional advantage to moving fast, especially in business. But don’t punish yourself if you’re not moving quite as fast as you want to. Your pace is your pace, and you’ll get there so long as you keep moving forward.

Life isn’t a race. You don’t get bonus points for finishing faster than everyone around you.

And frankly when you move at speed, there’s no time for noticing let alone enjoying the little details of life.

So here’s to moving slowly. You set the pace, and you don’t have to move any faster than you move.

By the way… today was leg day. I did only one set of the exercises I used to do (I used to do 3-4 sets), and I went as far as the end of the driveway, vs walking half a mile to a park.

Road Recap: This Week in Asheville

Last week I refused to go anywhere in town because I had “gas anxiety”. No, it’s probably not what you’re thinking. And yes, I’m ashamed I missed the opportunity for a great fart joke. Get the full story on my blog.

Kick Monday’s Ass: the road to where you want to go

You’re on the right track… because that’s the first step in figuring out how to make it happen.

After all, if you don’t have a destination in mind, any road will get you there. So where do you start? Watch the video for my take…

Today’s badass is Paige Hunter, a teen in the UK who attached little notes to a bridge.

Even though the story is almost 3 years old at this point, I wanted to take a moment to celebrate Paige – her notes are credited with saving at least six lives (probably more since the story was first published).

Remember her on days when you feel like you’re too small to have much of an impact on the world.

Those small acts made a huge difference to those six people. Something to think about…

What would you do if your first real client essentially shattered your confidence? That’s what happened to today’s guest, my friend Justin Blackman. Despite the amazing results his work generated, that harsh feedback haunted him for four full years before he finally got his mojo back. Listen now to hear how Justin turned it all around.

This one popped up in my workout playlist this morning and had the heart pumping hardcore. Today I bring you Faith (from the “Sing” soundtrack) by Stevie Wonder and Ariana Grande.
_______________

See the girl with the diamonds in her shoes? Yeah
She walks around like she’s got nothin’ to lose
Yeah, she’s a go-getter, she’s everybody’s type
She’s a queen of the city but she don’t believe the hype
She’s got her own elevation, holy motivation
So I wrote some letters out in big bold type