I think I’m gonna enjoy Vegas. It’s already been an interesting weekend reconnecting with all my favorite west coast brands. Del Taco. El Pollo Loco. I even missed the Arco gas station. It’s nice to know after five years of being outside California, the gas prices are at pretty much the same (ridiculously high) level.

Then there’s feeling of being back in college… I can tell when my neighbors are home because of the bass reverb and the smell of weed. That’s the beauty of being about a mile from the Strip. I can imagine the stories I’ll have by the time my six weeks is up LOL.

When I got here Friday I started unloading and met one of the neighborhood teens, who asked me first if I had water for him (my hands were full at the time so I answered “no”) and then if I was moving in. I didn’t know how to respond to that given my arms were full of boxes and whatnot.

I’ve also encountered my first real “distance unload” with this place. I had to park in a spot about half a city block away and unpack my car in about 10 back-and-forth trips. I think a fold-flat dolly is in order now, even if I only have to use it every few Airbnbs.

Angie’s getting too old to move all her shit every six weeks.

Big perk though? No more snow! WE ARE DONE WITH SNOW FOR THE SEASON.

Talking with last week’s guest, Daniel Lamb, was like a journey along a meandering path. We weren’t quite sure where we’re gonna end up but oh man did we cover some good stuff along the way. From how to really show up for clients, the value in our past failures, money mindset shifts and a whole lot in between… this is an episode you can’t miss.

Daniel’s journey encompasses many of the standard obstacles entrepreneurs face. But what’s not standard is his ability to find the value in all of the experiences — the good, the bad, and even the panic attack-inducing moments. Daniel’s steady focus took his mindset from fear-based scarcity to consistent abundance (sounds woo, but it’s just the truth).

To find out what you can do with your business when you put your client (and you) first, listen now.

Here’s a thing you may not know about me: I like to wing it. Detailed planning and I aren’t always friends.

So if you know this about me it probably comes as no surprise that as I drove from AZ to NV, I felt compelled to do a small detour when I saw I was near the Hoover Dam. Yay landmarks!

Also boo, landmarks. Turns out this is the kind of landmark with a security checkpoint and if you drive in with a yowling cat and a car packed full of shit, you will be asked to pull over and step out of the car for additional screening. 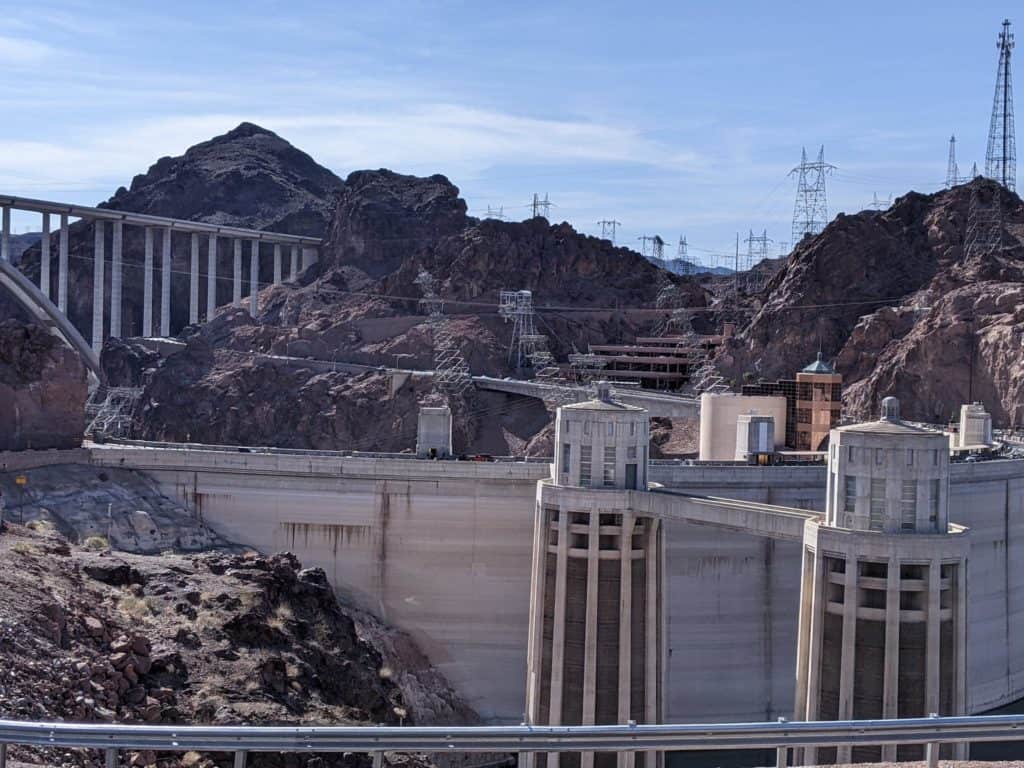 (Joking of course… It was clean and empty. No way in hell am I driving several hours with a dirty, stinky cat box AND a screaming feline)

Today I wanted to talk a bit about superficial value vs deep value.

This is something that’s becoming more and more important to me as I travel… because there are places like the one I’m staying where everything looks fantastic and well thought out on the surface.

But then someone anchors a floating shelf to drywall and the cat tries to jump on said shelf when I’m out getting groceries.

I’m not trying to deflect blame or anything – I immediately told the host what happened when I got back and saw the mess. But I got a little suspicious when they told me not to worry at all, they’d take care of everything. I expected a little bit of “well your cat did damage so we’re going to have to bill you”.

And then I looked a little more closely and saw this: 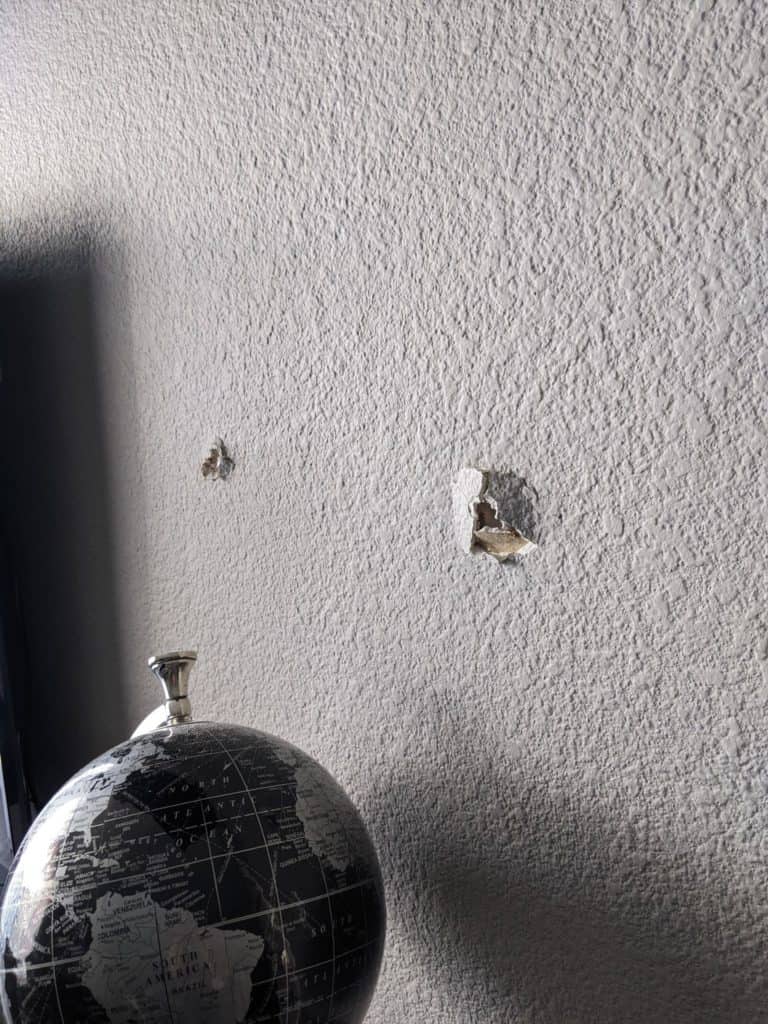 This is what your wall looks like if you use drywall anchors to install something meant to hold weight. Basically, they rip out, because drywall isn’t a wall stud, and can’t support a whole lot of weight on its own.

If you’ve never installed a floating shelf, take my word for it and don’t use drywall anchors, like the person who did this install.

Basically anything that goes on the shelf is being supported by only the drywall and the load capacity of two plastic anchors… so essentially the shelf is there for looks vs actually being usable.

I’m not against the aesthetic, but the purpose of a shelf is to hold stuff. It’s reasonable to expect that eventually someone is going to put something there (though you might not have expected it to be a cat putting her fat ass on it). What happens when “just for show” meets “needs more support”?

There’s a correlation here with business and marketing (and not just because the person running this Airbnb has a business)… and that is doing things to a level of “just good enough to pass” vs doing them to a level of “this is the minimum I need to do to give my people a great experience.”

When you’re creating your offers and servicing your customers, are you doing the bare minimum? Are you staying superficial like these drywall anchors that can’t really hold or support much?

Or are you going a bit deeper, finding that stud to anchor into, and knowing that when someone adds a bit of weight to your shelf, you’re not going to let them fall?

This one gets stuck in my head from time to time. That’s to be expected considering this has been my favorite band for more than 20 years now.

I almost… ALMOST… got to see them in December with my little bro when I was home for the holidays. But that concert wound up being canceled and rescheduled. Now I’ll just have to content myself with listening to all my old faves while waiting for the dates/stars to line up again.

I’ve seen over a dozen shows of theirs, in all kinds of places all over the US. And I’ll see a dozen more, spirit willing.

Today I bring you the acoustic version (super mellow vs super metal) of Crucified by Sevendust. Another favorite of mine for cruising and scream-singing with the windows down.

What’s with you?
You leech off, of my desire
A faceless name
So untrue
You’re wasting away
The first time I knew you lied
I was crucified
My hate you’ll wear, for my cross you’ll bear
It’s for me I swear