I was on vacation, but I wasn’t really ON vacation.

I checked in on my teams probably once a day. I held a standing monthly meeting rather than go through the hassle of rescheduling. And I stayed up until the wee hours getting a major project done and out the door on time… only to find out it’d have to be redone for reasons beyond anyone’s control.

So this weekend I was pissed at myself. I didn’t feel relaxed. I didn’t feel like I got time and distance from the day-to-day of work, which was the whole point of me taking that time off (that, and to recover from having to move twice in a week – Atlanta to Charleston and Charleston to Savannah).

It wasn’t entirely a bust though – I did take a couple days to attend a workshop on how to pitch and create TED talks, so there’s that.

I submitted my idea for a hot seat and was chosen to go on live with the workshop’s host. In a matter of minutes, she was able to accurately deduce that I was trying to be someone I thought TED would want to hear from, a more “professional” version of Angie.

My idea was something along the lines of “Marie Kondo-ing” your to-do list so that you can cut out all the fluff that keeps you from getting things done.

By the time we were done talking, she was practically standing up cheering when I said I was going to show people how to light their to-do lists on fire and still confidently get shit stuff done.

I also discovered the joys of a Savannah covered porch. This has become my new favorite morning writing spot: 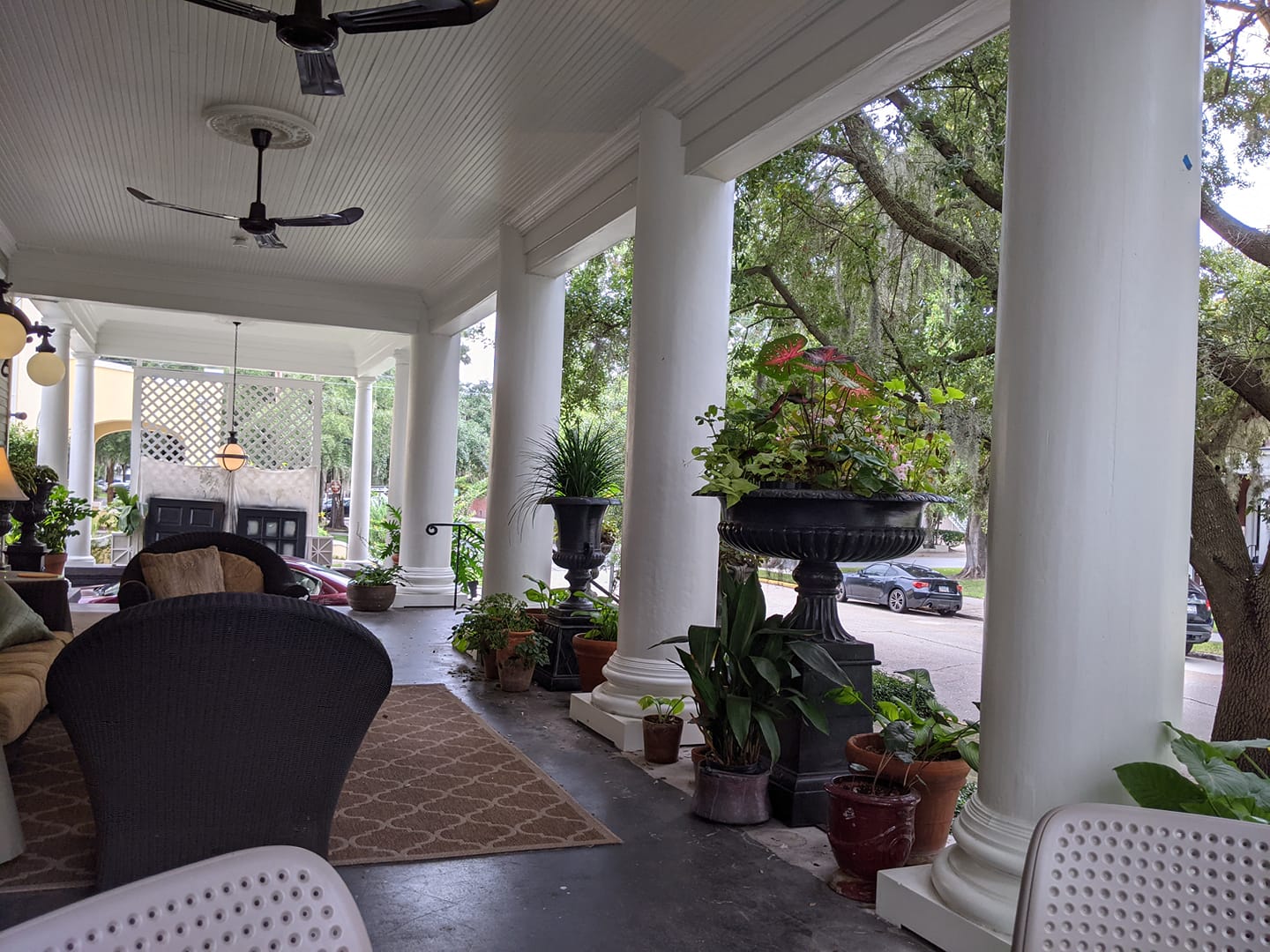 My host is amazing. Food and Forsyth Park are within walking distance. And even though I didn’t really get a “vacation” I think Savannah’s gonna be good for me and Stella.

I made this one last summer, but it’s still pretty relevant.

Emotions. Unless you’re a sociopath, you’ve got ’em. And unless you’ve done a lot of internal work or spent time in therapy, odds are they pop up and impact your business from time to time.

Here’s how to deal with them like a boss and get back to business – example from my own recent experience with a stolen $500 mountain bike.

Today’s badass is all of the Olympic athletes from all around the world, who put their dreams on hold for a year while the world suffered from COVID and unrest… and who, over the last few weeks, gave it their all.

If I could give you all medals and rock concerts and parades in your name, I would. Just getting to that place took an enormous amount of effort and sacrifice, and I’m over here celebrating the shit out of you all.

You know The Standard Formula™ for success – go to college, get a degree, land the job. Unfortunately, it doesn’t always work that way. After a 7-year employment gap left my guest, Cindy Childress, and her PhD in the resume trash folder – she created her own formula. You don’t want to miss this – listen now!

As indicated earlier in the email, I’m feeling slightly prickly, which calls for rocking the eff out. This was one of my faves years back – any time I was feeling low I’d crank this up and go on a walk or work out and feel like I was punching the world in the face. Today’s tune is Won’t Back Down by Fuel.