Have you ever invented a problem? I do it a lot, and I’m trying to break that pattern.

4. Feel guilty for never doing anything.

I’m not calling anyone out (unless you recognize yourself in the above description, to which I say… you and me both, friend).

I was reminded of this recently when, in the same week, my dad suddenly changed his wedding plans (which meant I had to rearrange all my flights and rental cars and whatnot to a different city) and I had to crash with a friend of mine who’s got several awesome kids and a small dog.

Thankfully I didn’t invent a problem here, because full-time travel is already stressful enough without me inserting numerous worst case scenarios or switching things up for entirely logical but not life altering challenges like “just in case the cat and dog don’t get along”.

Turns out they don’t particularly like each other but otherwise they are fine and steer clear. The kids are enamored with Stella and are probably paying more attention to her at this point than I am.

And this morning one of them made me waffles and coffee.

Damn I’m glad I didn’t worst case scenario myself into a hotel or other solo stay. It’s nice to be around people, and sometimes I forget that when I spend so much time alone.

Gratuitous Stella photo… she was singing me the song of her people while strolling the pool deck, as I sat and sipped my coffee this morning. 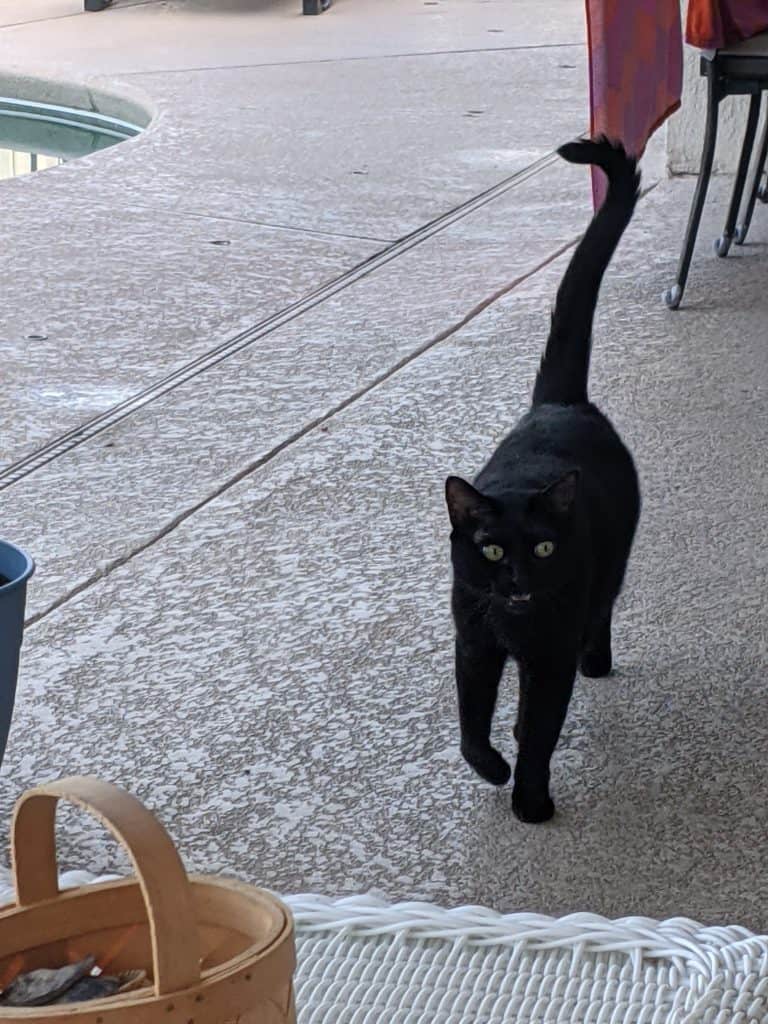 Kick Monday’s Ass: You Win or You Learn

We’re used to looking at life (and business) through a lens of “win” or “lose”. And while parts of this journey are gonna feel like a race, that doesn’t mean only the person who finishes first gets to call themselves a success.

Not only do you get serious status points just for finishing the damn race, you learn a lot about yourself and what to do better next time. Watch this video to see what I mean…

This week’s badass is a gentleman named Peter Hemens. When the remnants of Hurricane Ida arrived in New Jersey, Peter (the school’s head custdodian) took it upon himself to stay all night at the school, continually pumping out storm waters and preventing the school from flooding.

Since the school year was slated to start this week, he was more concerned about ensuring the students had a place to go than he was about his own comfort and safety. The world could use a few more Peter Hemens types.

So many of us feel like we have to figure it all out before we even begin. But what if you flipped the script and approached your business with curiosity? Today’s guest is classical musician (French horn player!) Tracy Friedlander, who wound up ditching the traditional audition path in favor of becoming a successful coach and podcast host. Listen now to hear her take on using curiosity to get a new business up and running.

Caroline (Caroline), see, Caroline
All the guys would say she’s mighty fine (mighty fine)
But mighty fine only got you somewhere half the time
And the other half either got you
Cussed out or coming up short
Yeah, now dig this, now even though (even though)
You’d need a golden calculator to divide (to divide)
The time it took to look inside and realize
That real guys go for real down-to-Mars girls, haha, yeah