Kick Monday’s Ass: I followed a fictional character to the beach (August 2, 2021)

Where my book nerds at?

Ever have that weird thing where one of your favorite authors sets one of their books in a town, and then you visit that town and are hyper-focused on figuring out where this imaginary character has been and gone?

In the past three months I’ve blown through all 20 of Kathy Reichs’ Temperance Brennan novels (yes, the ones the TV series Bones were based on), including the one that released last month. In this series Kathy talks a lot about Charleston.

That’s how I found myself drawn to the Isle of Palms, where one of the characters has a beach house.

I was there for sunrise yesterday morning: 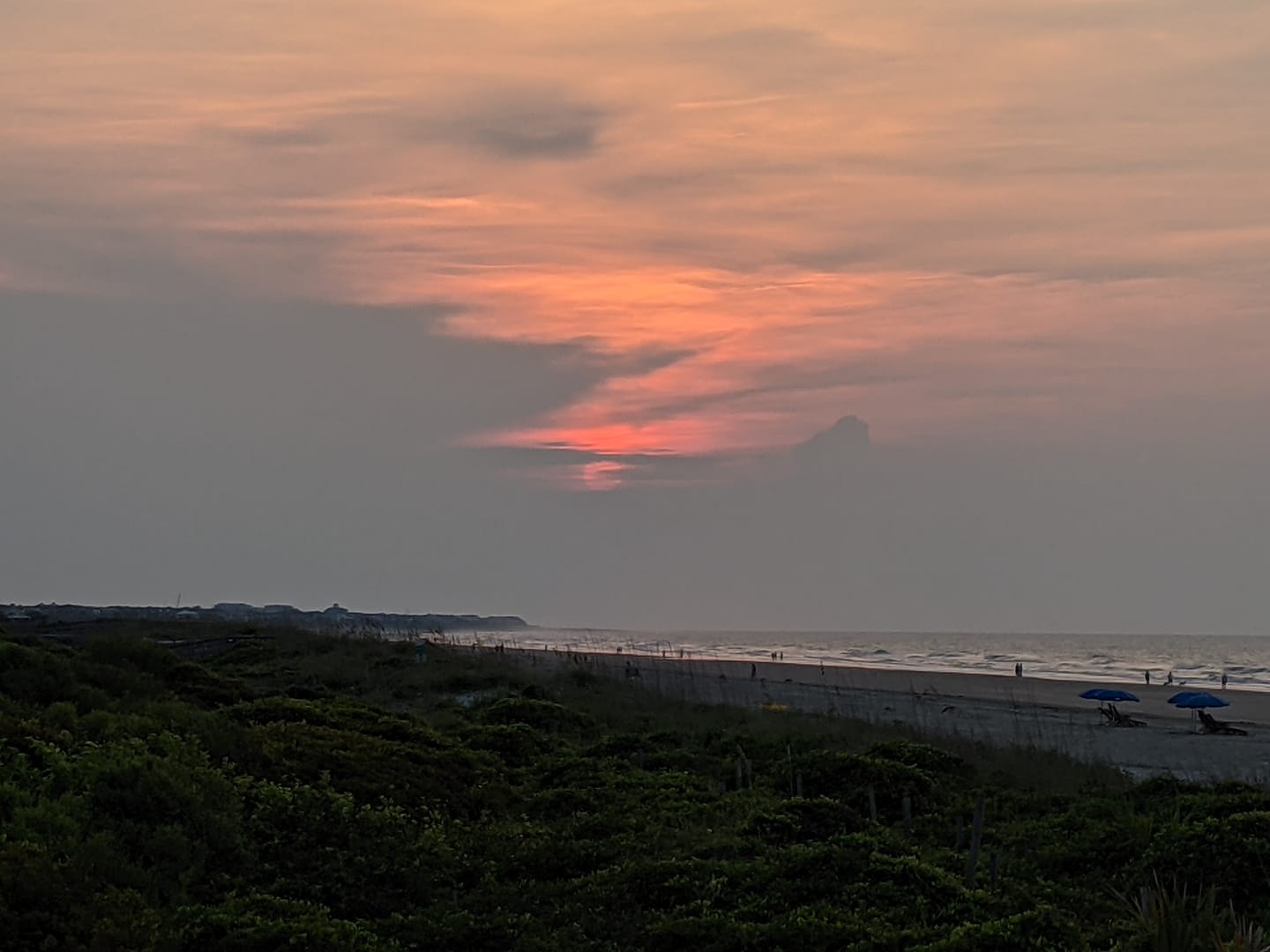 Two words: worth it. Even with waking up at 5:45 to get dressed, get coffee, and get my ass on the road to the beach.

I wish I had something profound to say aside from “I followed a fictional character to a stunning sunrise.”

Maybe the point is, inspiration can come from anywhere if you’re open to it. Even when you think you’re being a book nerd hermit.

Kick Monday’s Ass: Focus on What You Can Control

I made this video back in Feb when I was in freezing cold New Orleans, but it still holds true. Lots of people will tell you to set goals and focus all your attention on them. I say that’s a recipe for frustration and all kinds of self-doubt. Why? Because you’re focused on something that’s outside your control!

Think about it… if you could make $5k land in your bank account just by focusing your attention on it, wouldn’t you have already made that happen? This is attaching to an outcome or a result, and it’s crazy-making because you can’t actually control whether someone decides to pay you.

So what CAN you control? That’s what this week’s video is all about (and it’s a lot easier than it might seem, once you break it down like this)…

Today’s badass is Simone Biles for refusing to destroy her body and her life for the amusement of the world. I can’t even imagine how heart-wrenching it must be to work doggedly toward a singular goal, only to have shit go sideways right when the pressure is on.

I’d rather see Ms. Biles take a pause and come back stronger than ever, than push herself past breaking like some athletes felt like they had to do in the past. Plus, sharing the glory with talented teammates even when you’re a standout superstar? Big props all around for Simone.

If you’re a planner (who always has the plan, and the backup plan, and the backup backup plan), then this one is for you. My friend JT and I are here to break down why sometimes you’ve just gotta jump in and learn things the hard way. And yes, that sometimes means failing spectacularly. So much goodness in this one – it won’t keep you from failing but it’ll make it way less scary.

I was at a bar at a restaurant in Charleston called Husk last night. The badass bartender Justin had a great classic rock collection playing in the background while I enjoyed dinner. Among the tunes were (I Can’t Get No) Satisfaction by The Rolling Stones. You’re welcome.
_______________