An adventure for Christmas part 2: bodies, butterflies, and butter chicken 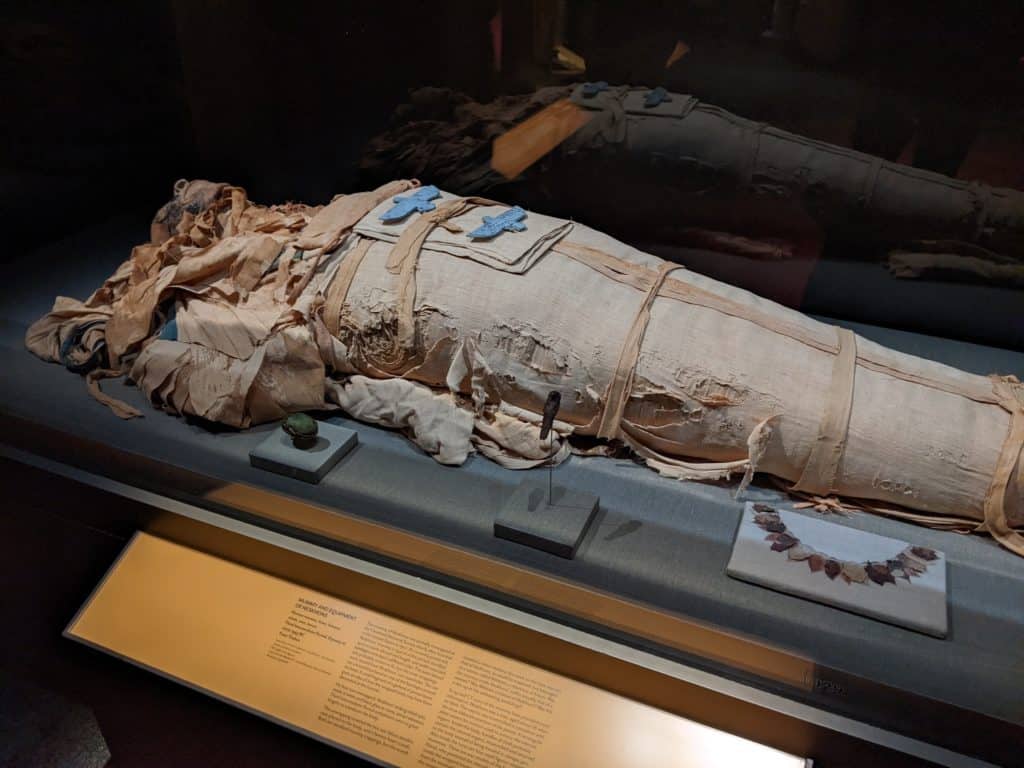 For part one (and full context as to why I gave adventures as my Christmas gifts), click here.

The very next day, my brother and went on our adventure with his lovely girlfriend Savannah.

Originally, I’d planned on taking my brother to a concert. Despite the almost 16-year age difference, he and I have a lot in common… the most obvious are lots of tattoos and a love for rock music.

One thing we’d never done was hit up a show together, so when I discovered my favorite band (Sevendust – I will die happy if I ever get to sing with LJ) would be in town when I was home for the holidays, I bought tickets and a VIP meet-and-greet package.

Justin was stoked… he’d send me a text every couple weeks letting me know he’d just checked out another album and was digging the sound. They’ve been playing together for more than 20 years, so there’s a LOT to listen to LOL.

And then the bummer happened…

The tour was canceled. Suddenly we had to figure out what else to do.

One night when I was prodding him yet again to commit to an adventure, he and Savannah mentioned they’d always wanted to go to the Houston Museum of Natural Science.

At first I thought they were fucking with me. Surely they didn’t want to go get their geek on as their adventure?

But it turns out they’d always wanted to go but had never found the time to make the 1.5 hour drive. So early on a Sunday morning, we headed downtown to nerd out on some science.

The museum had two interesting exhibits on display: Body Worlds and the Ramses the Great and the Gold of the Pharaohs.

Excited at the prospect of maximum geekery, I threw in admission to the planetarium and the butterfly terrace as well.

I only got these pics, because I felt weird taking pictures of the bodies as exposed as they were (irony: I didn’t feel quite the same level of discomfort with the mummies… perhaps it was because they weren’t naked and skinned?). 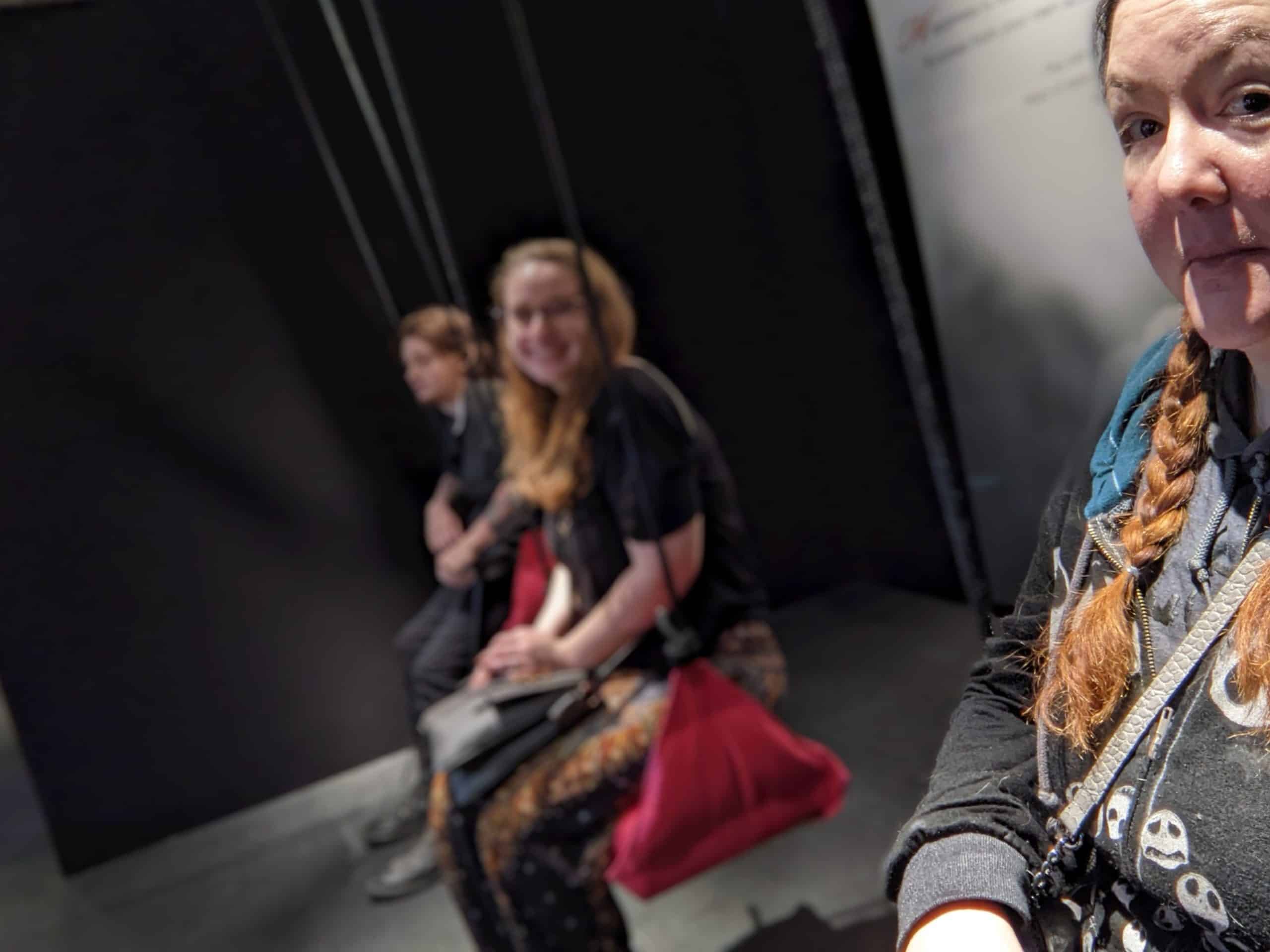 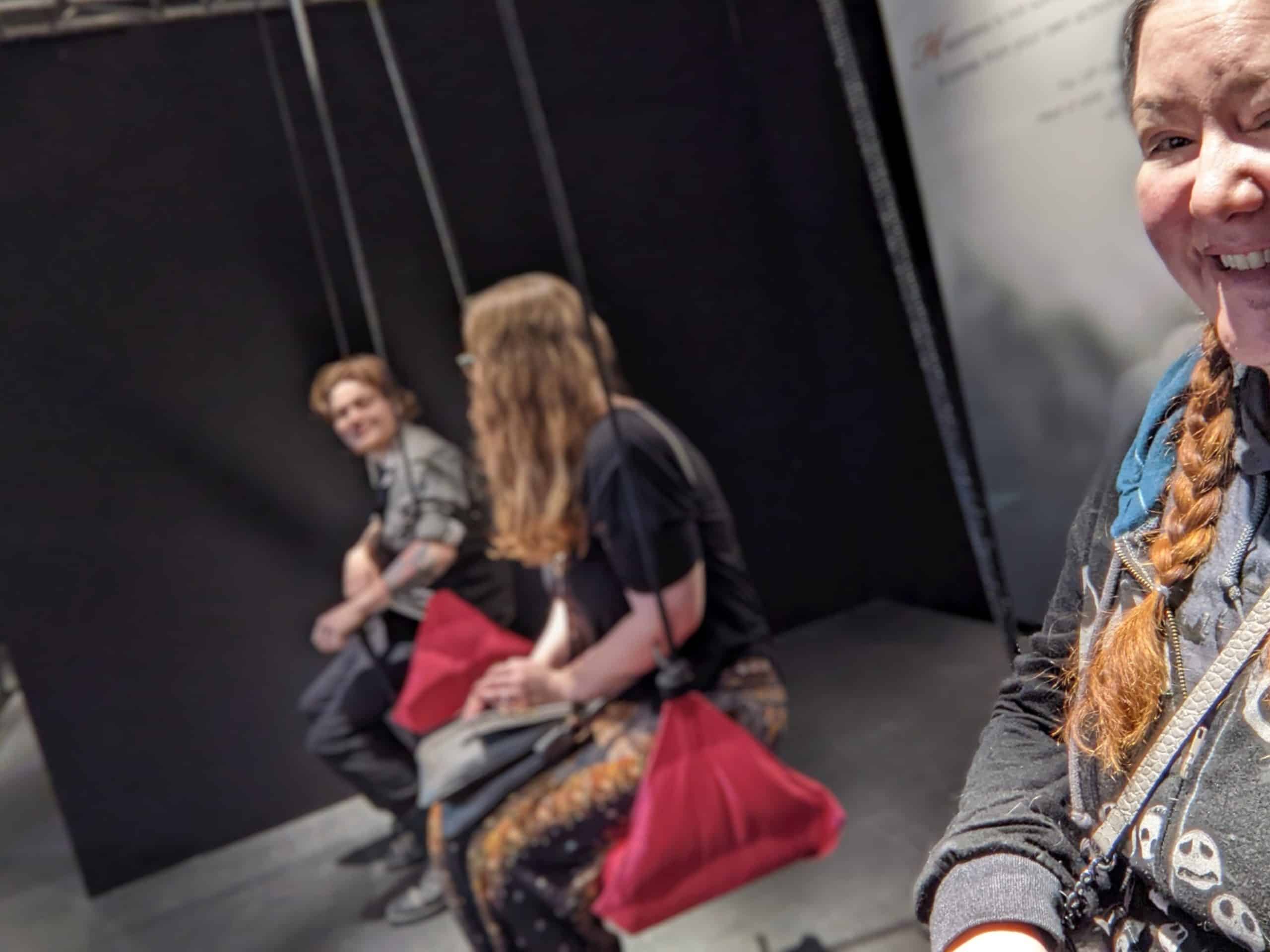 We wandered around different exhibits in the main museum. This one just about drove me batshit crazy. Justin saw the pendulum knock down the dominoes not once, but TWICE. 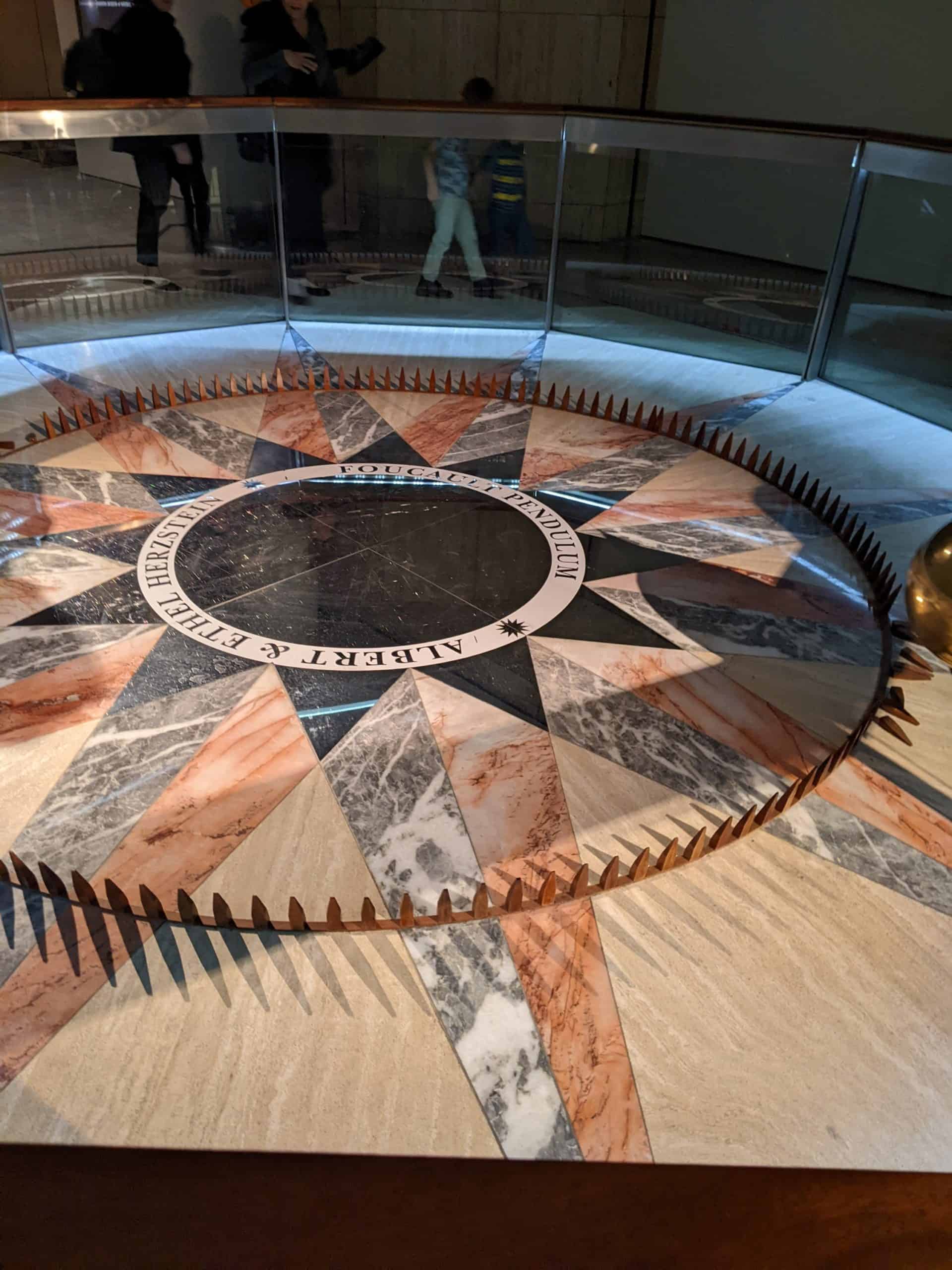 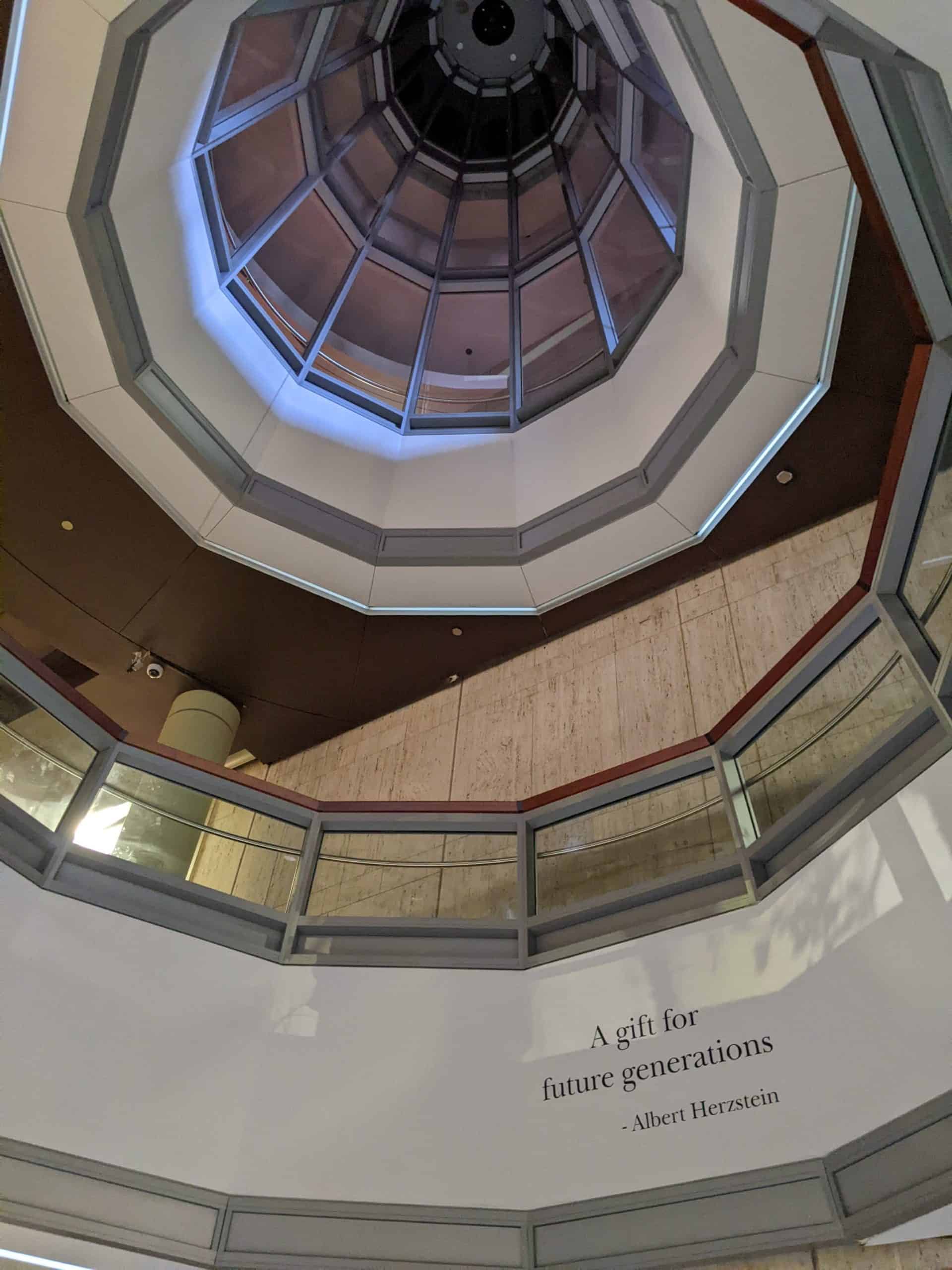 As long as we watched, Savannah and I kept looking away right as it happened. I threatened to throw my brother off a balcony.

I think my favorite was the Cabinet of Curiosities.

There was a whole bunch of interesting stuff in there, along with drawers you could open and things you could actually touch.

The pièce de résistance? The empty cabinet that practically demanded you become a work of art on display. Not folks to disappoint the fans, we obligingly posed, as one must when presented with such an opportunity: 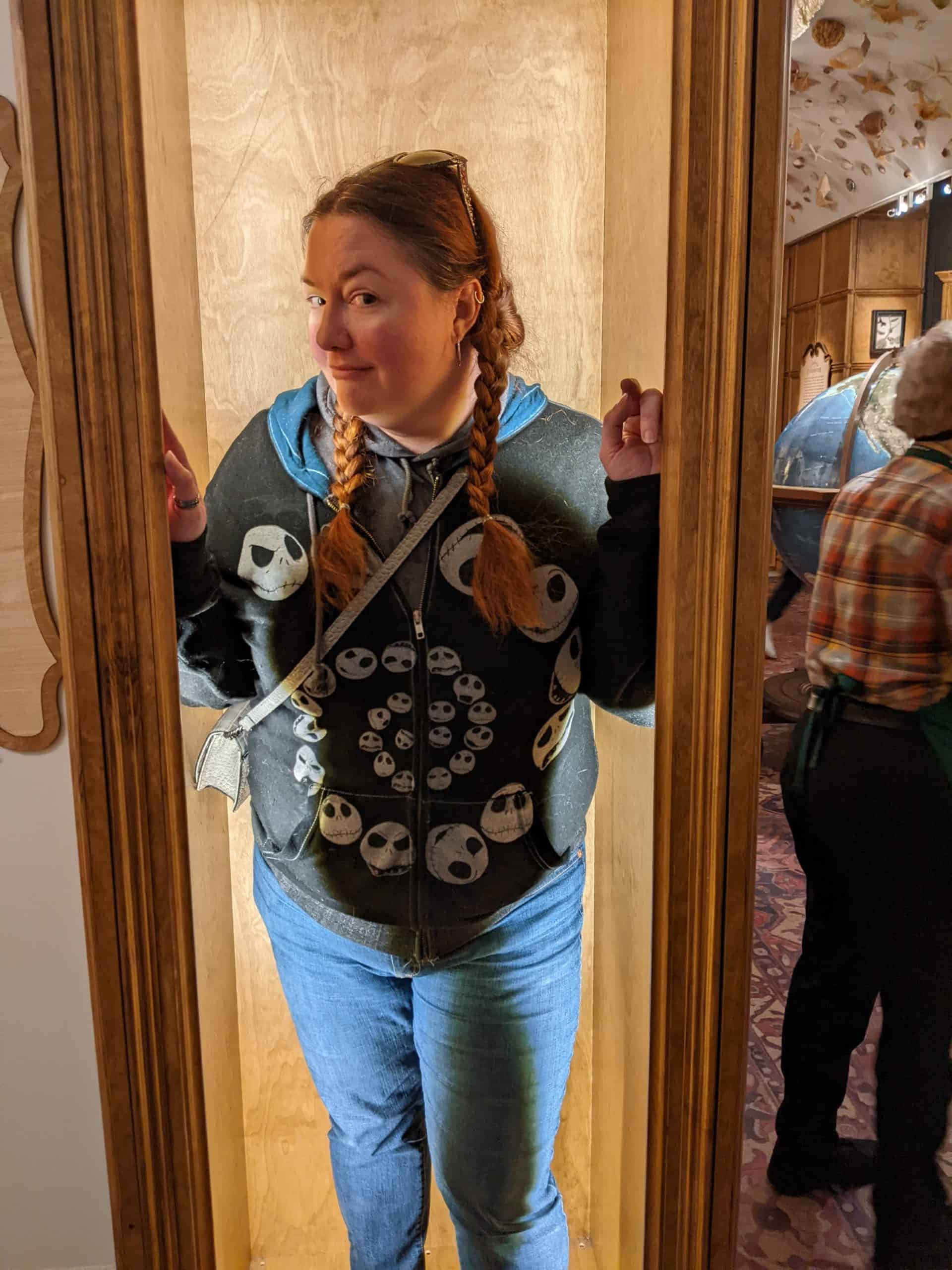 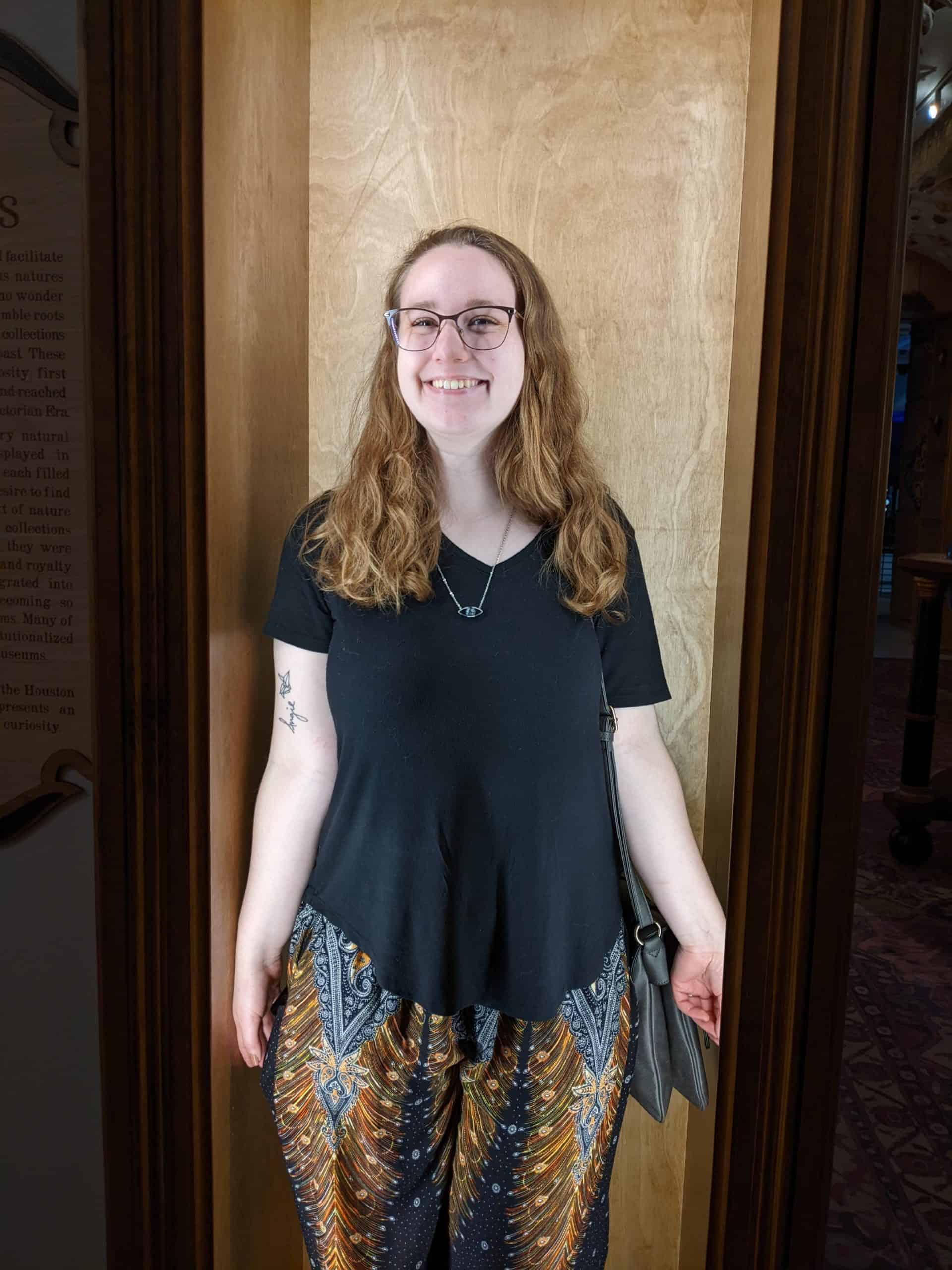 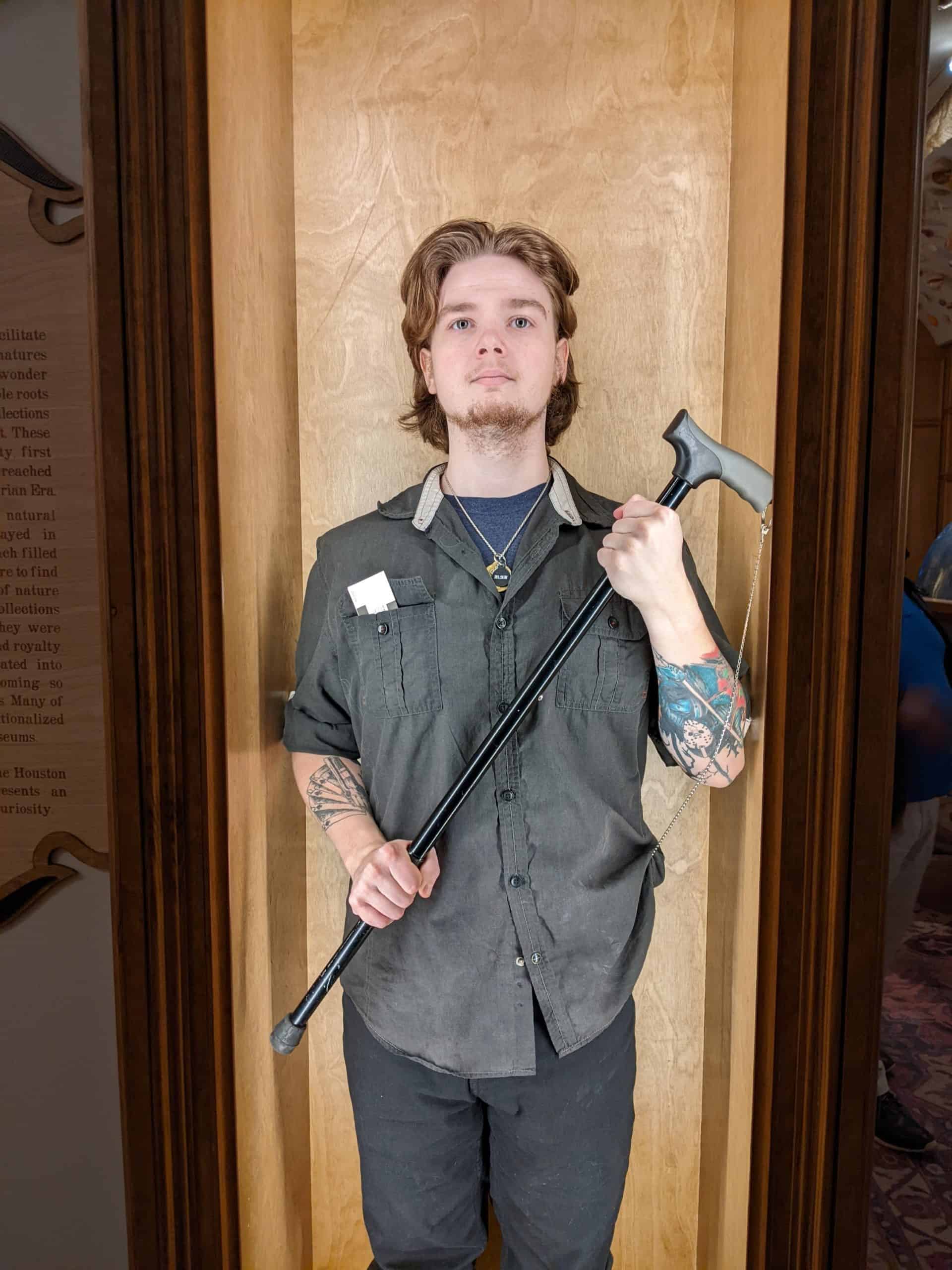 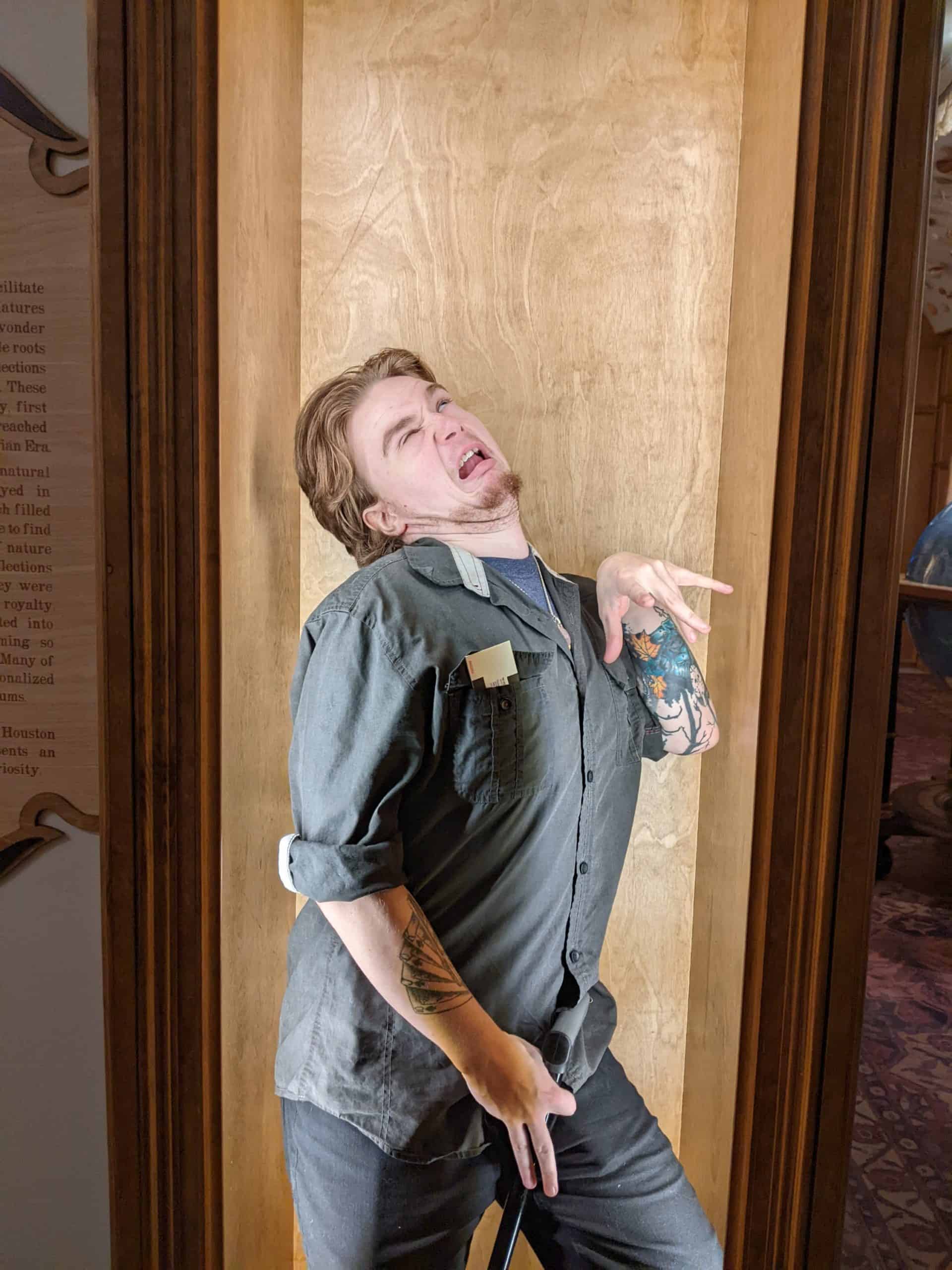 No resemblance at all between my brother and I, is there?

After that, we started to head toward the planetarium for our scheduled show… only I realized my tickets were gone. I’d had them in my back pocket for ease of access, but somewhere along the way I’d lost them all, even the parking voucher.

So because I’m brilliant, we wound up back at the ticket desk. Thankfully they were able to look up our order by my credit card and simply reprint the missing tickets… which promptly went into a zippered compartment in my purse.

We headed to the planetarium… I’d picked a show narrated by Tom Hanks and thought it’d be amazing. 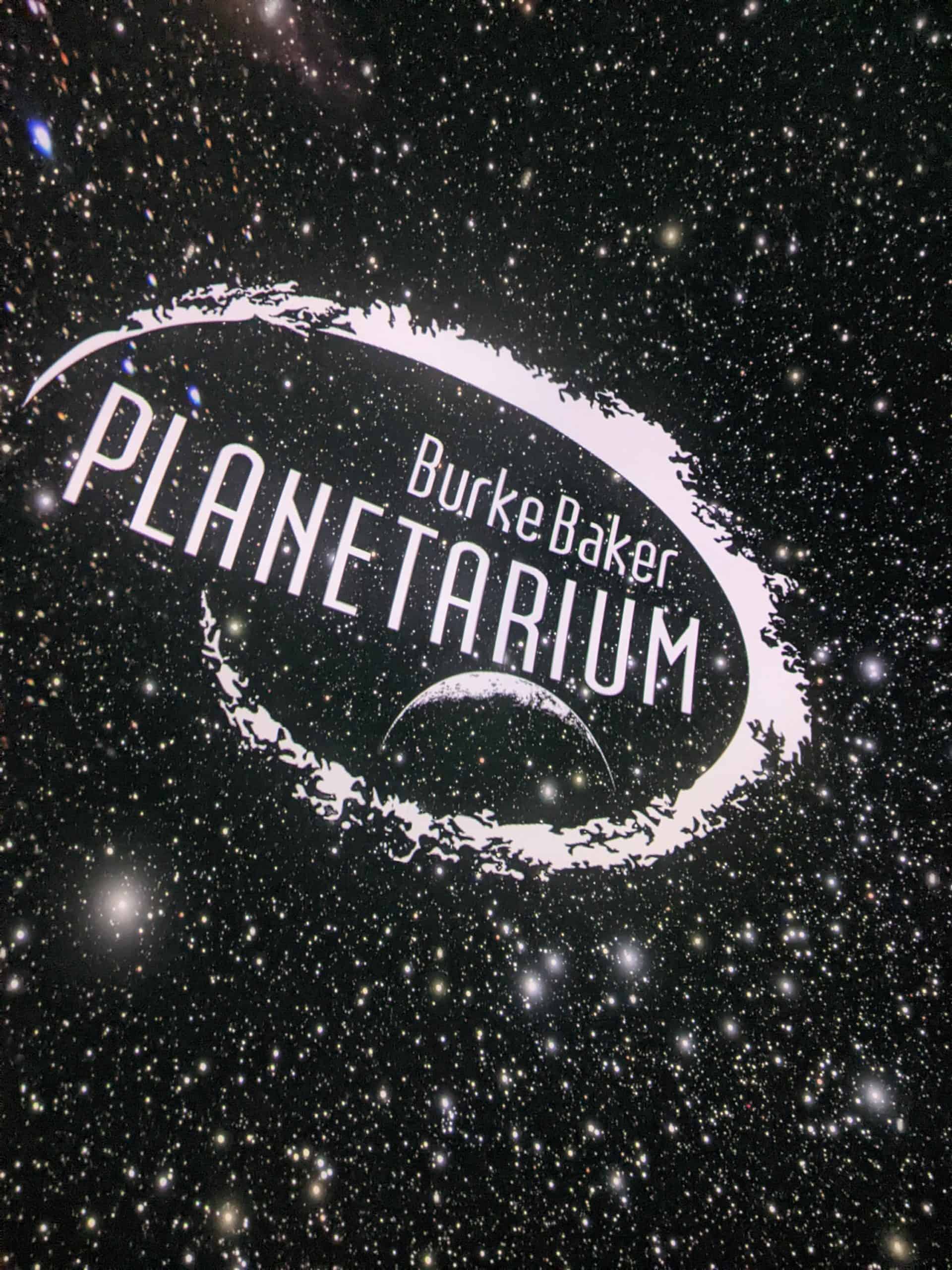 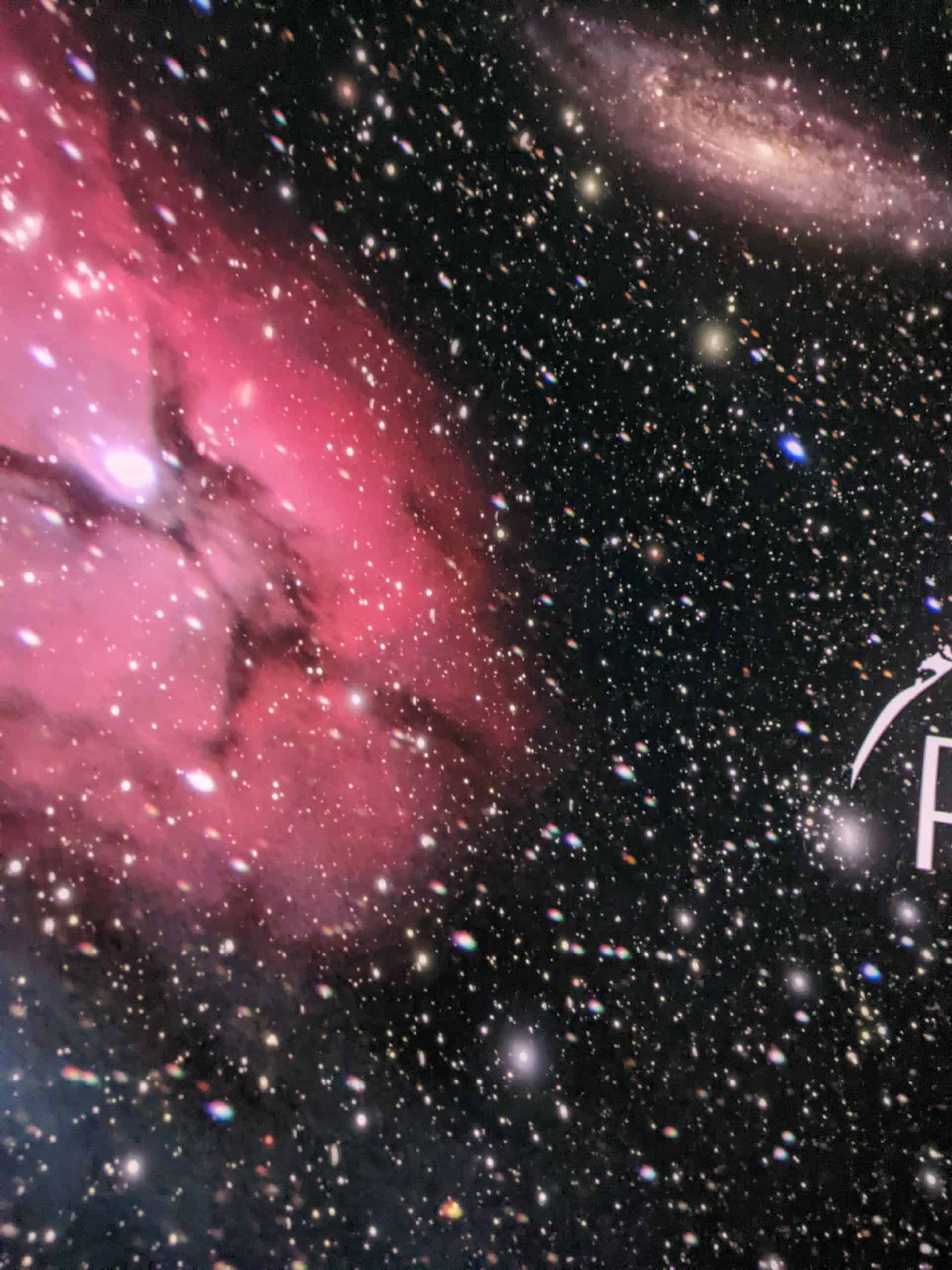 It was – Justin and I enjoyed it immensely. Poor Savannah did not and had to sit that one out… the graphics made her dizzy. We almost left with her but she insisted we stay.

By then it was after 2 pm and we only had a few hours left to cram everything in.

Next stop: Ramses the Great.

I was blown away by all the art and beadwork (and by the mummies and gold, too). 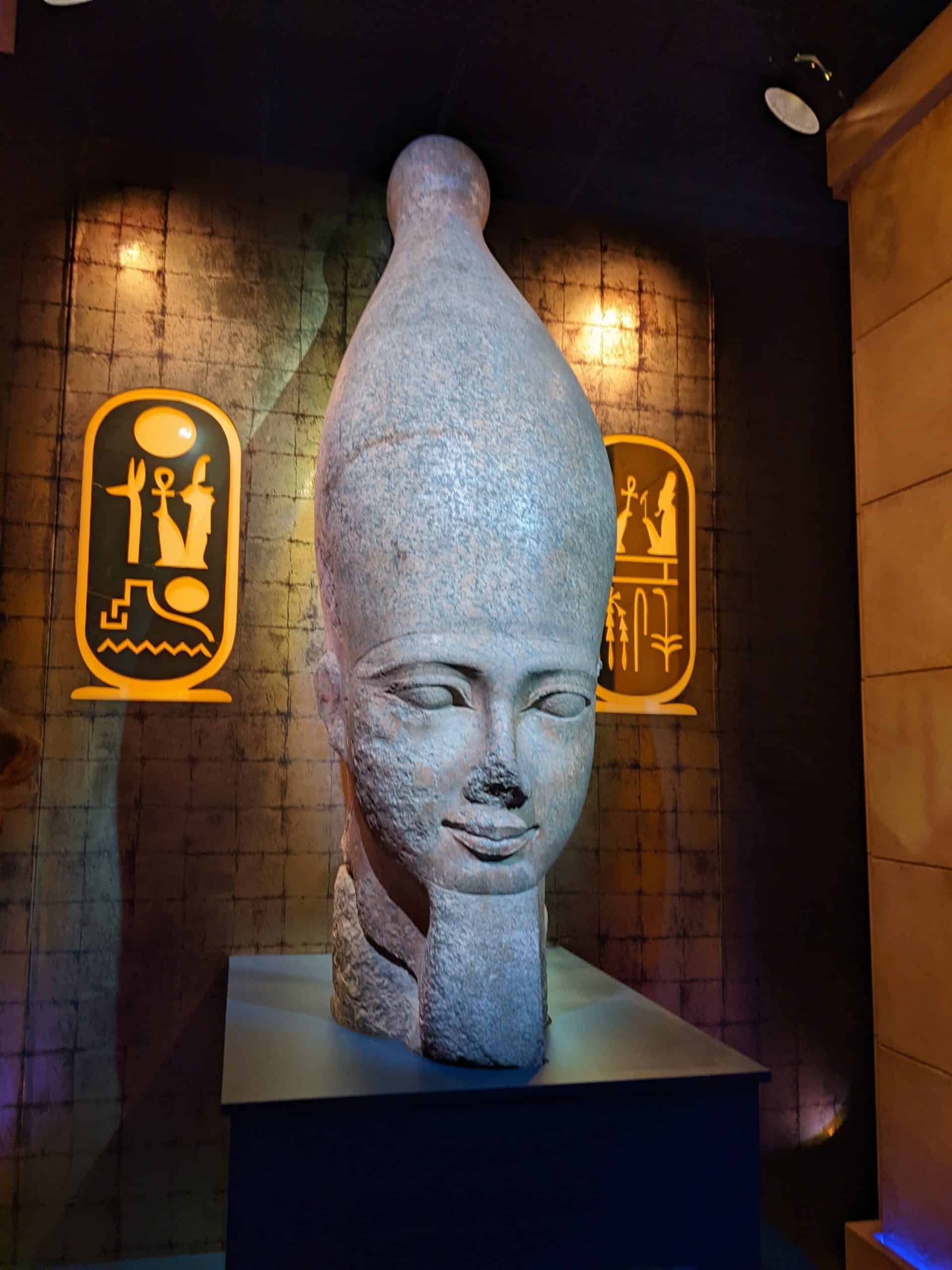 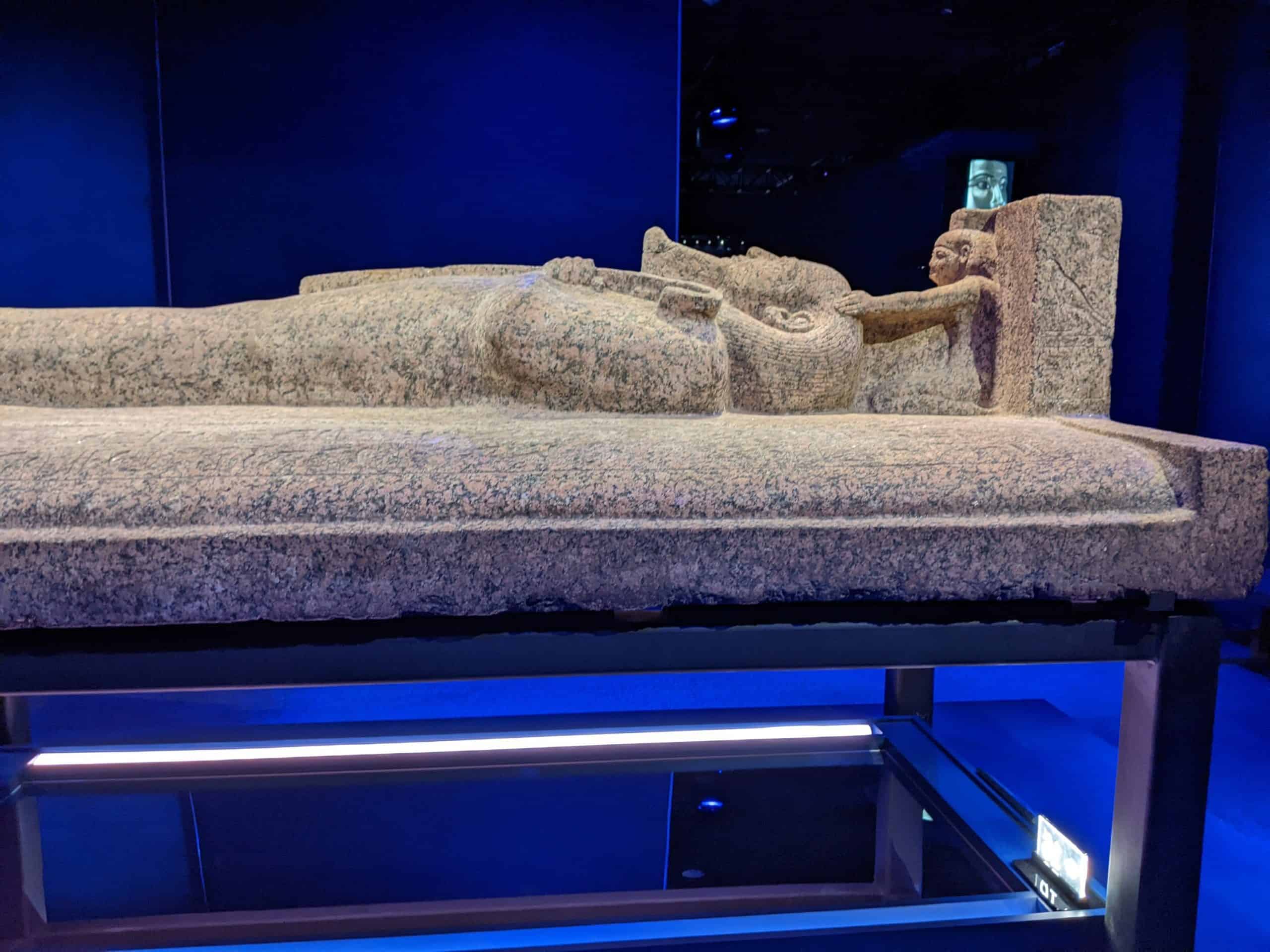 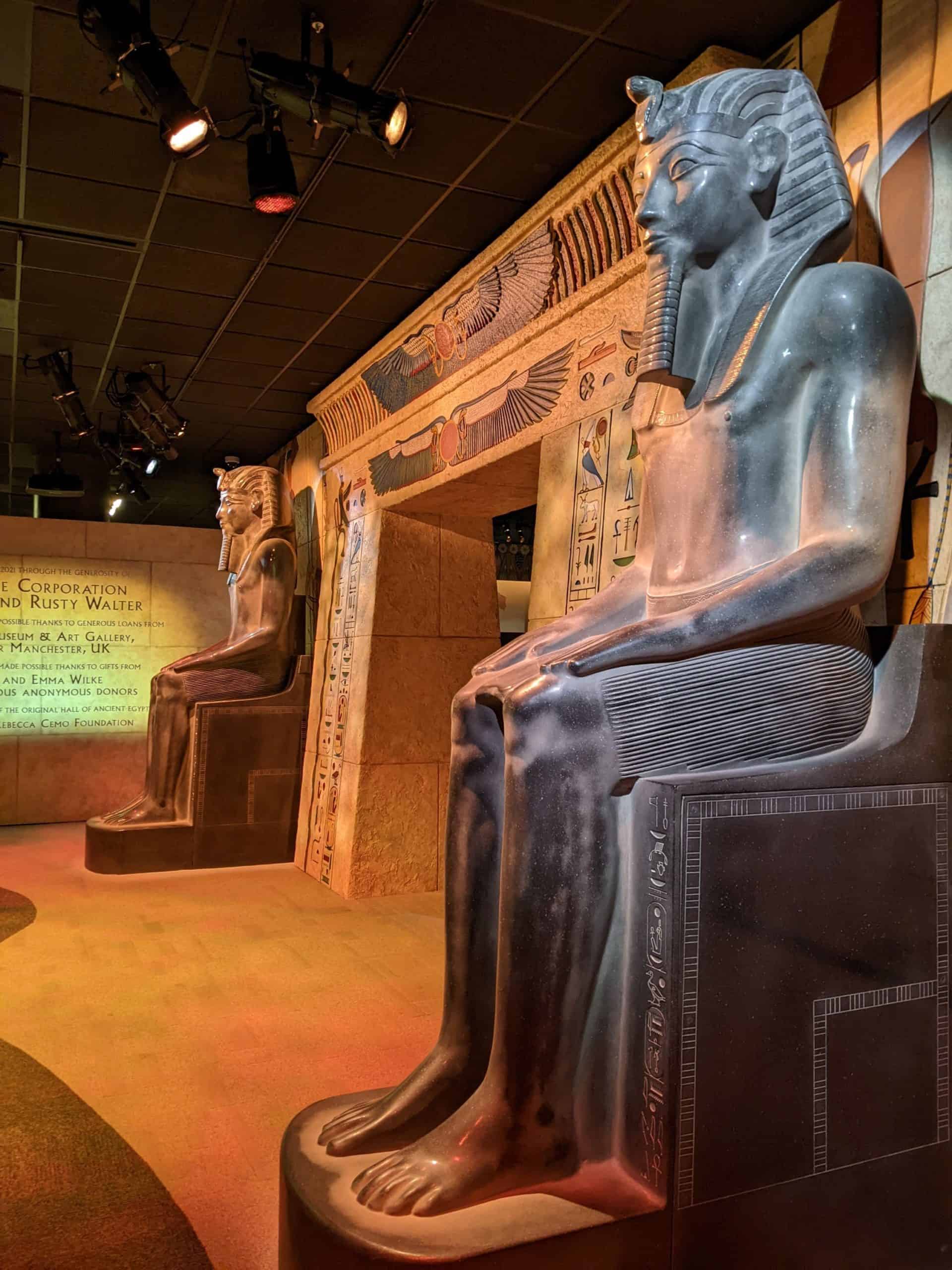 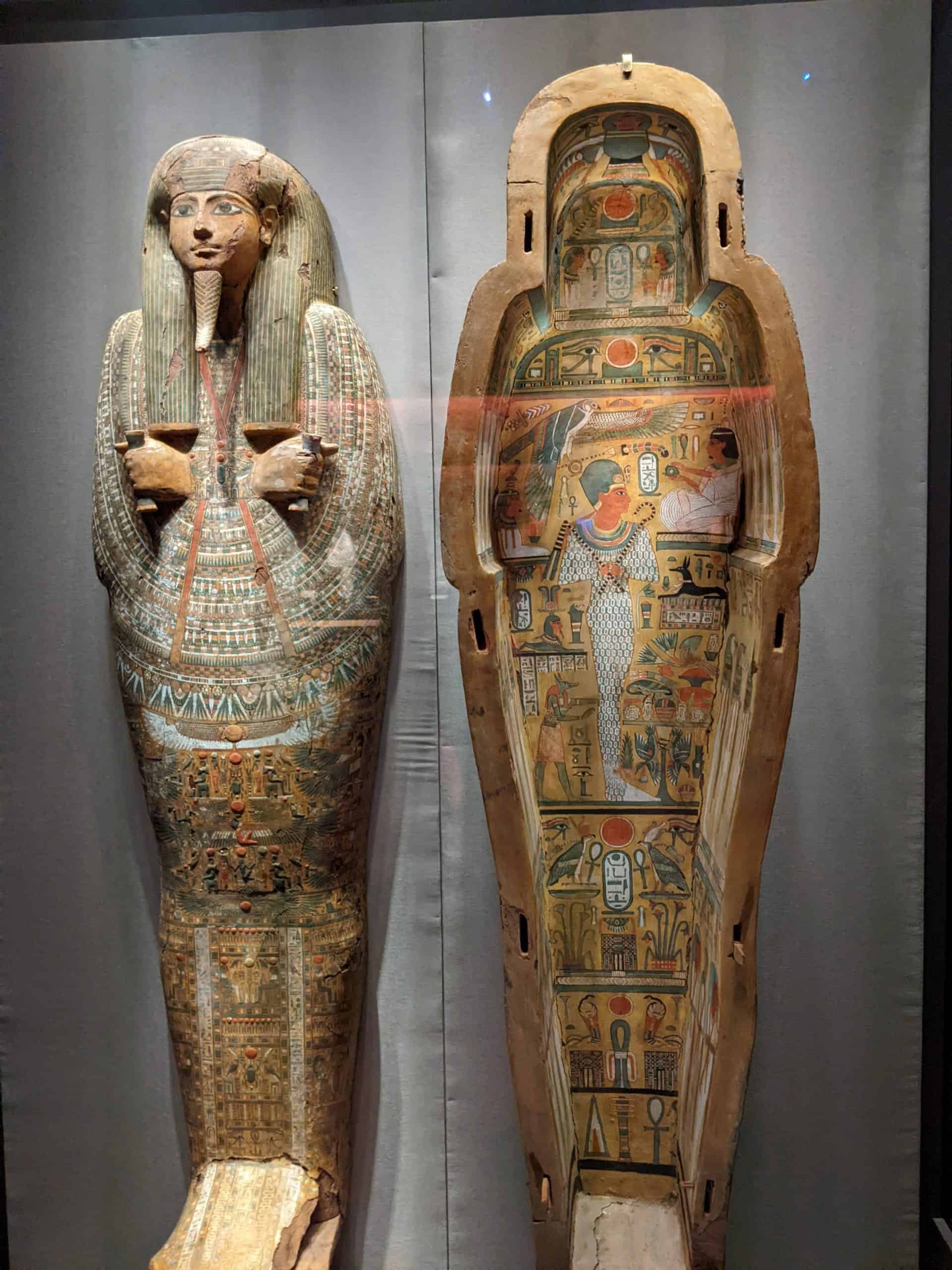 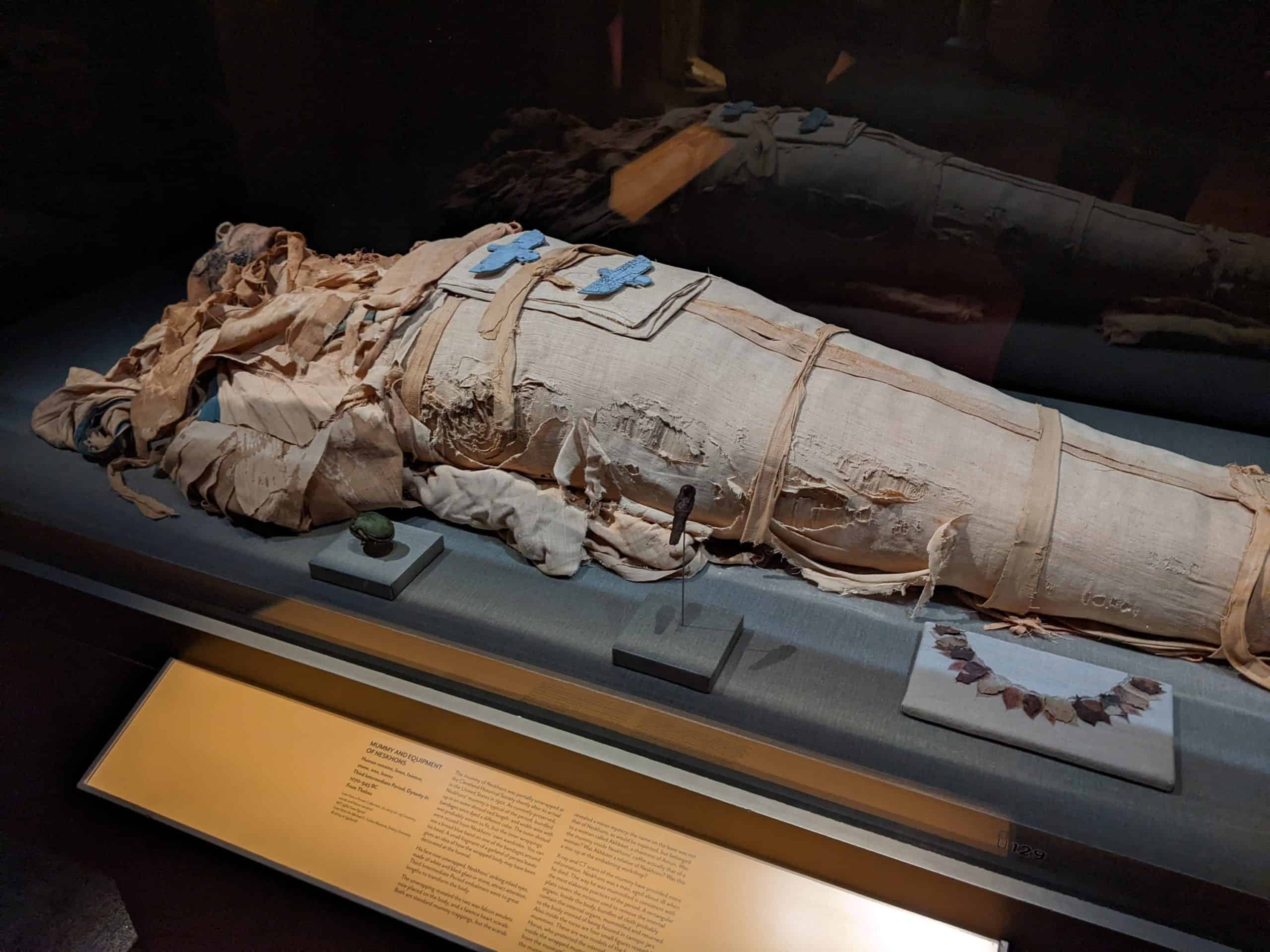 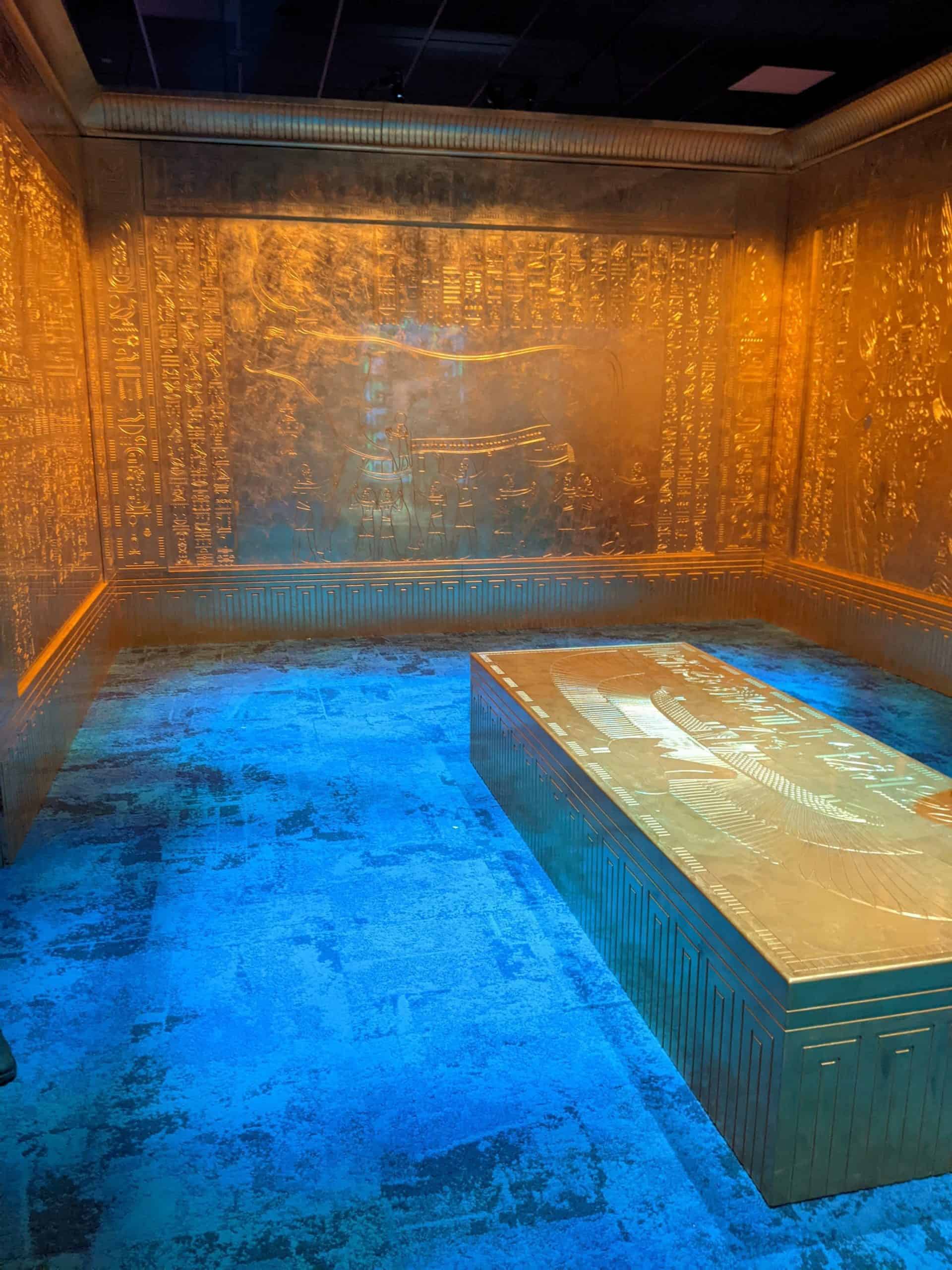 From there we headed to the 3-story butterfly terrace (complete with waterfall!).

We were not special enough to have any land on us, but it was beautiful. 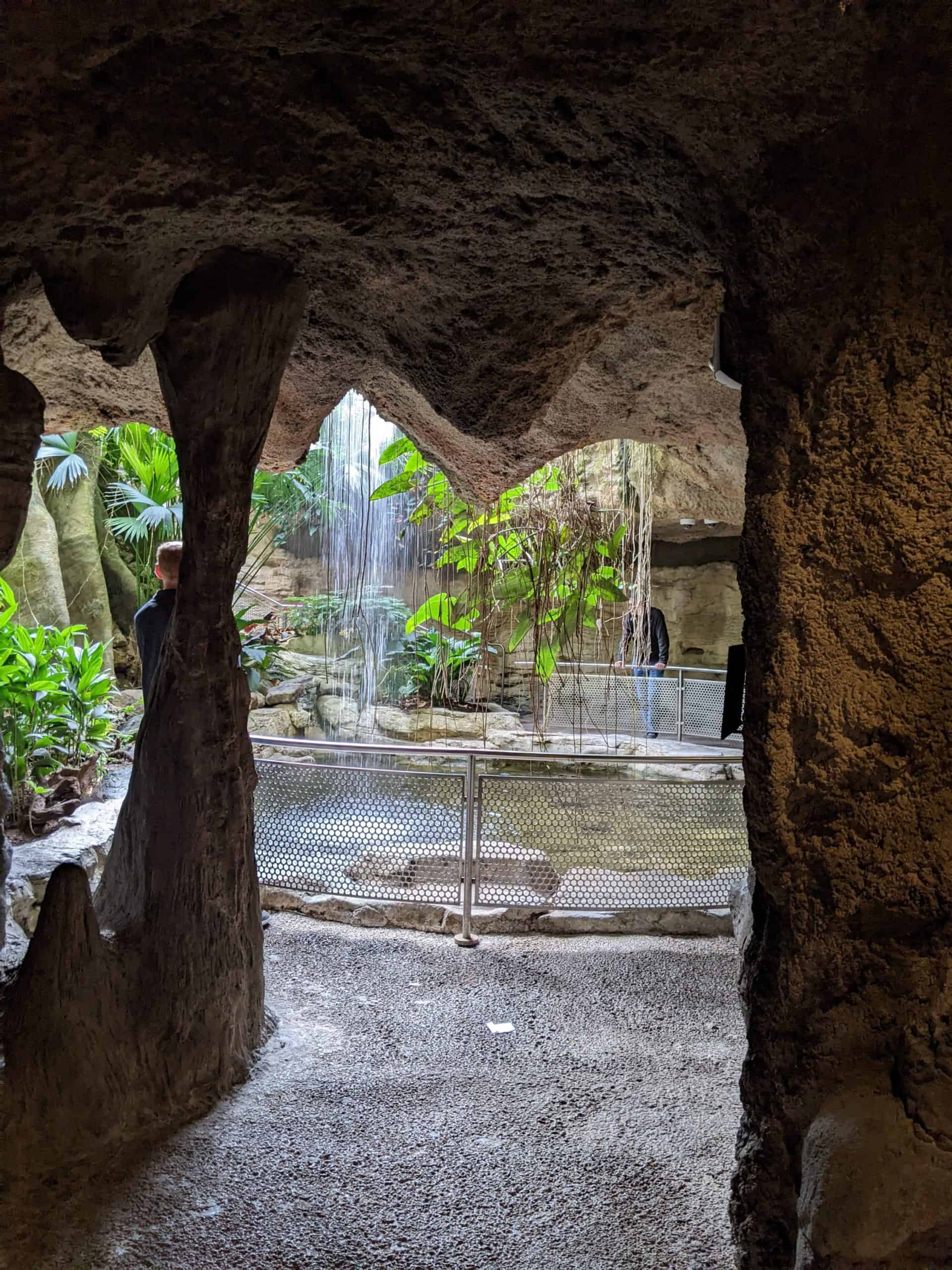 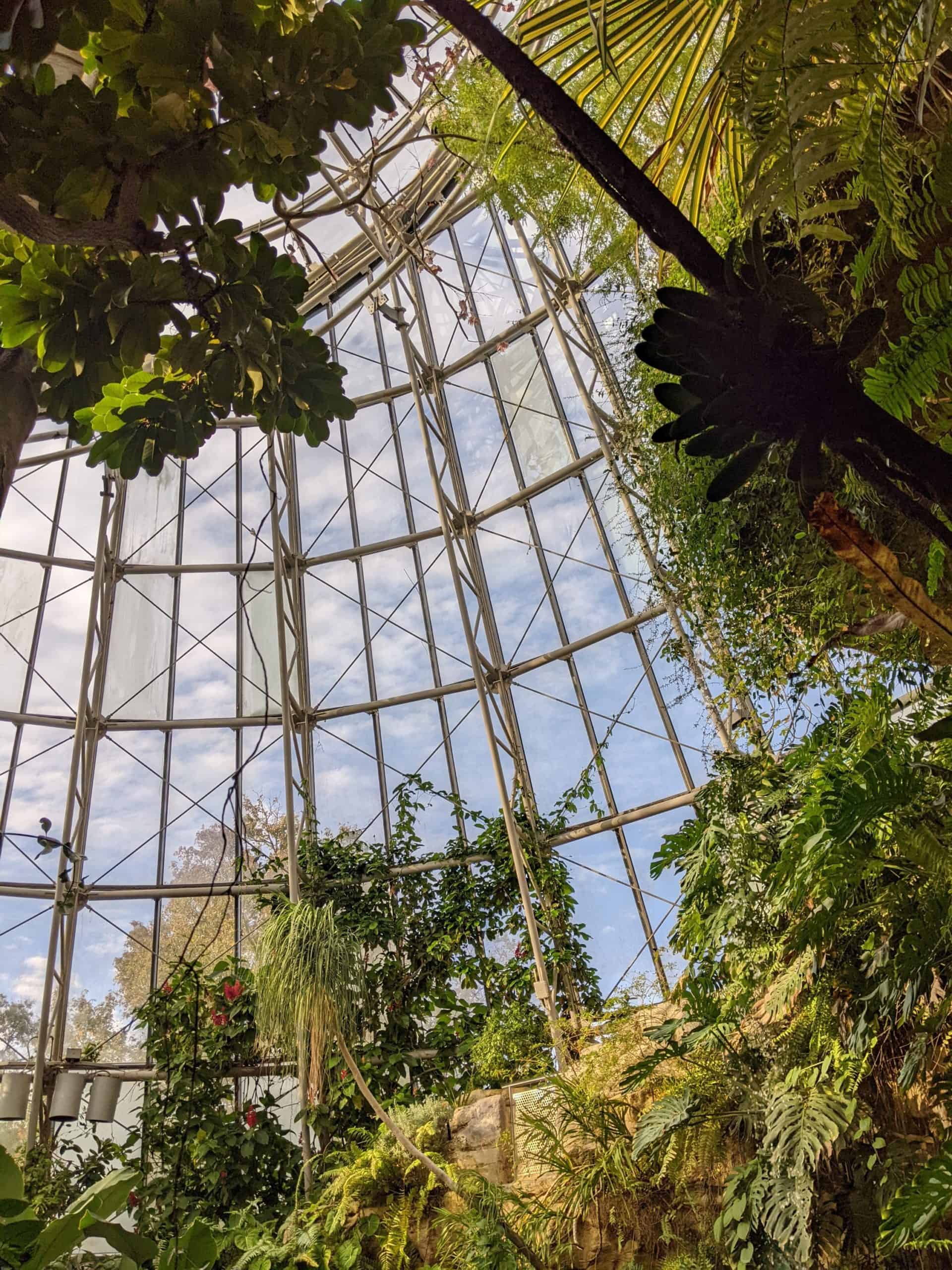 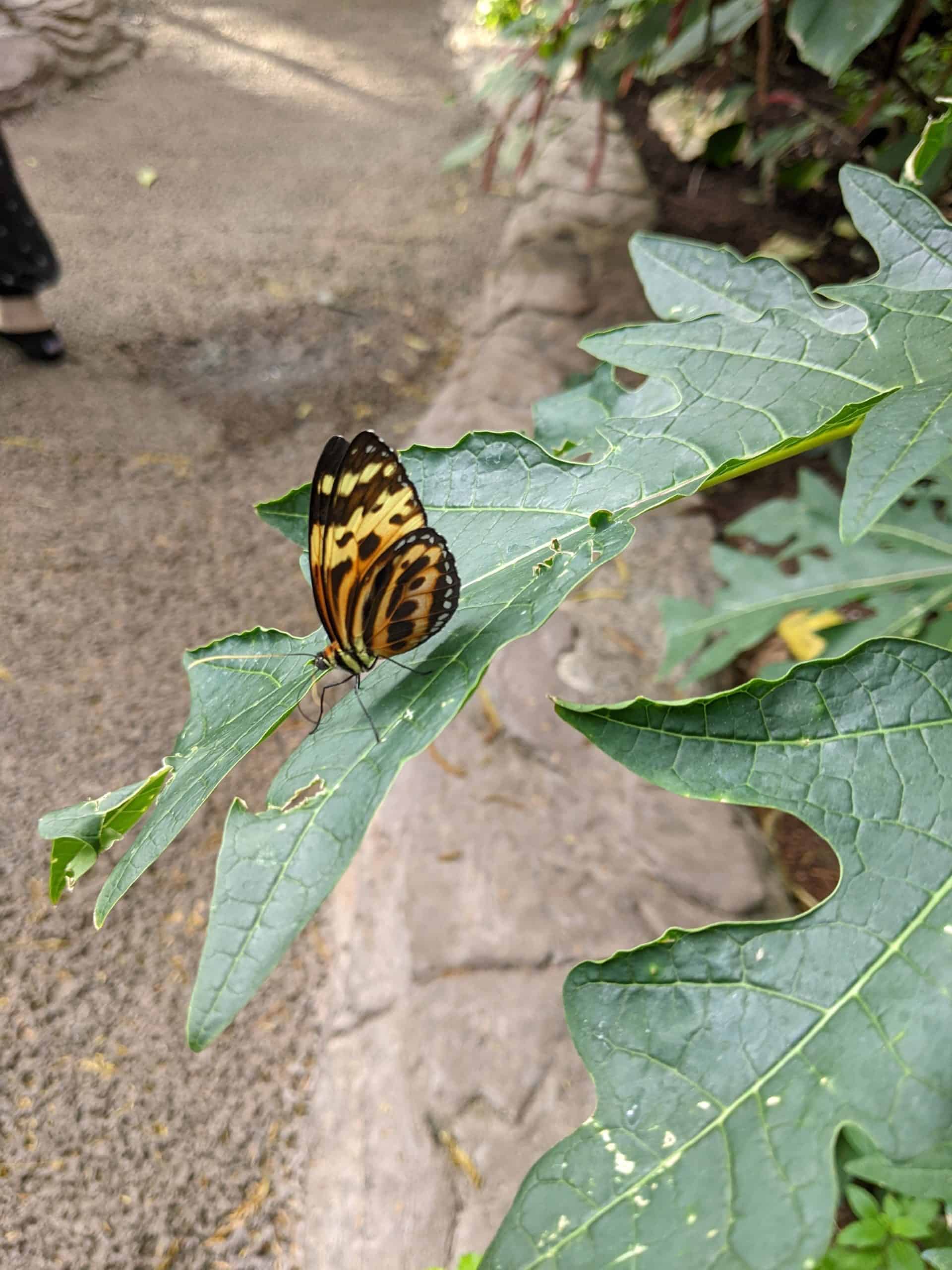 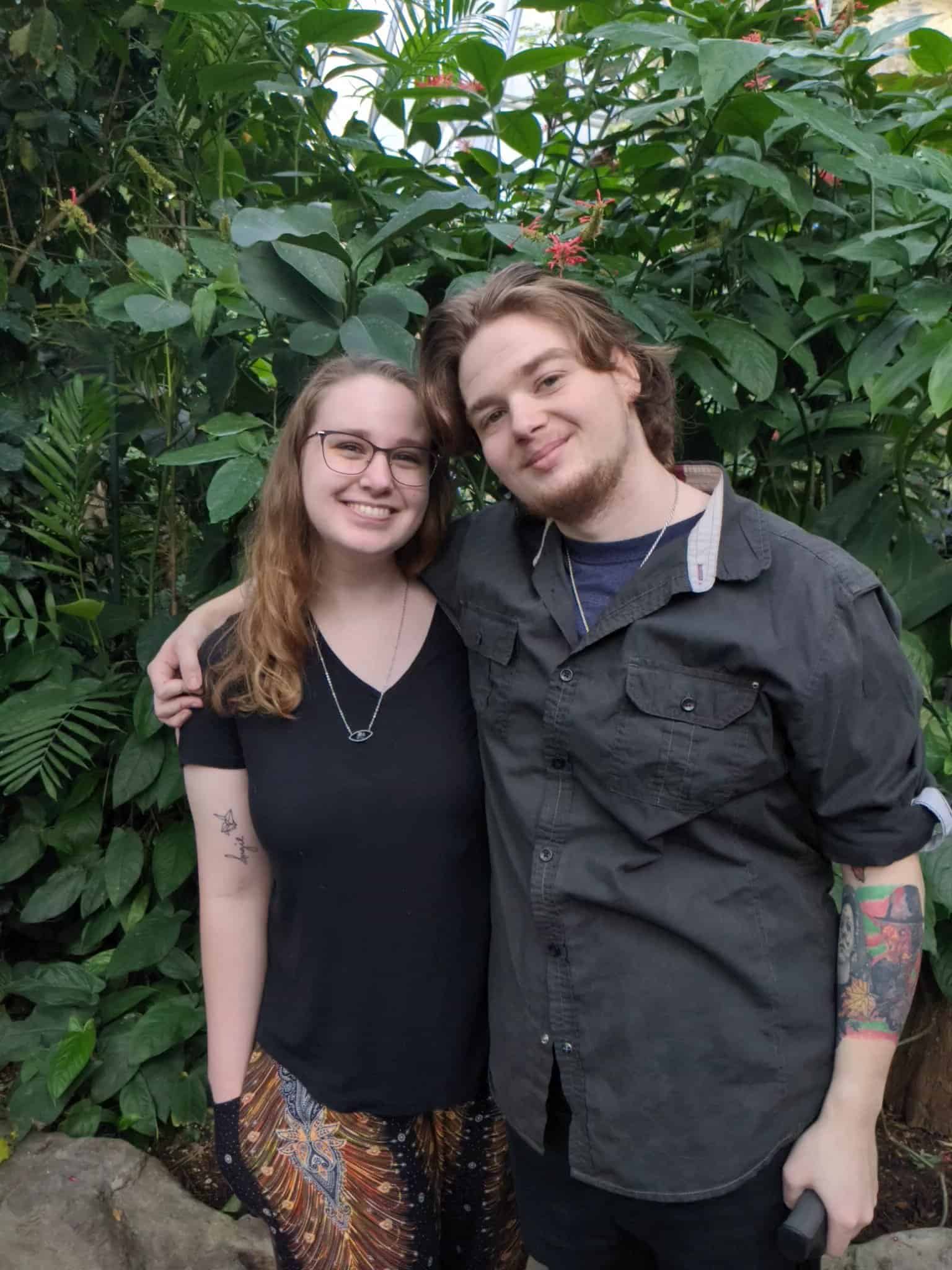 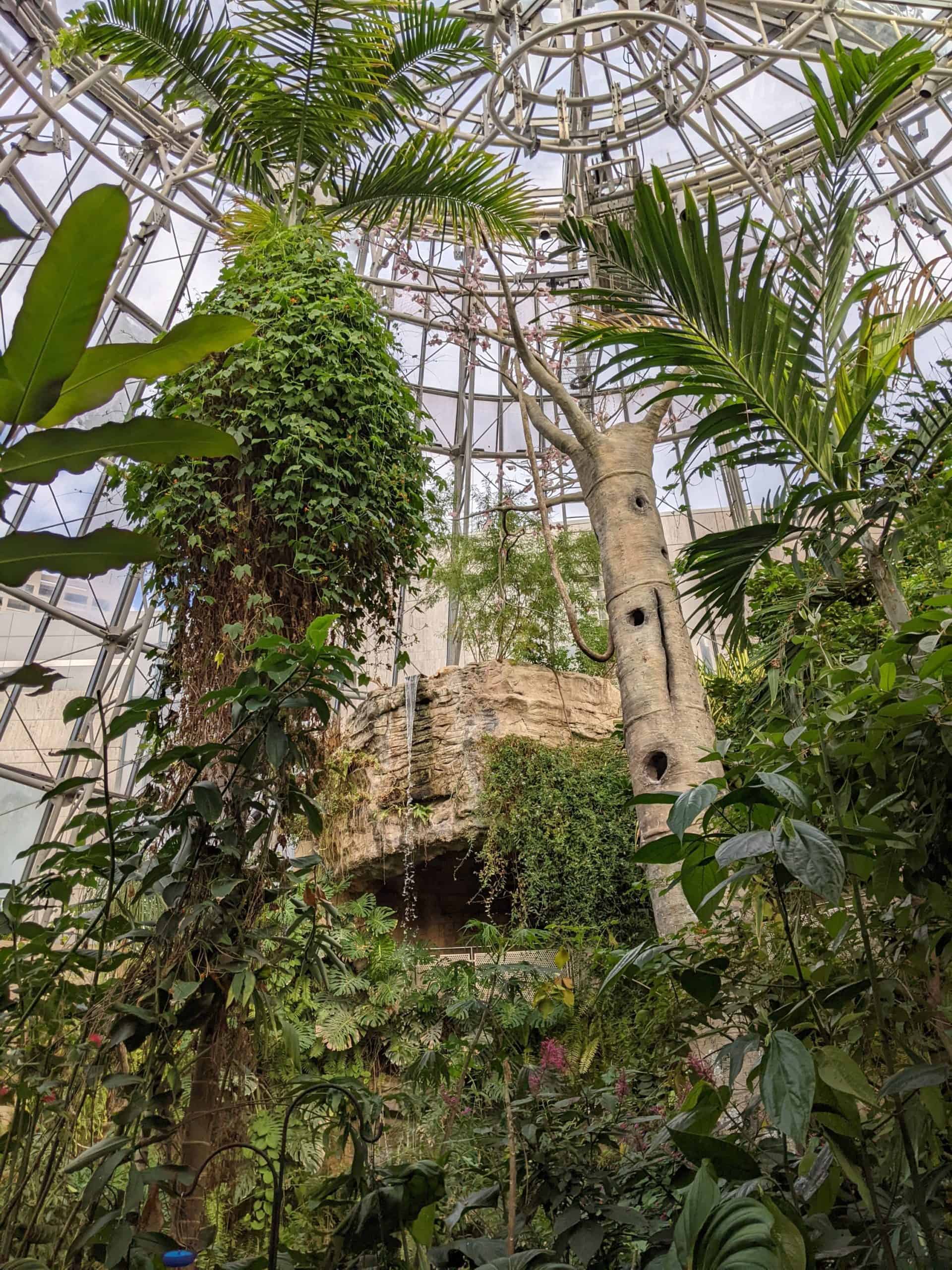 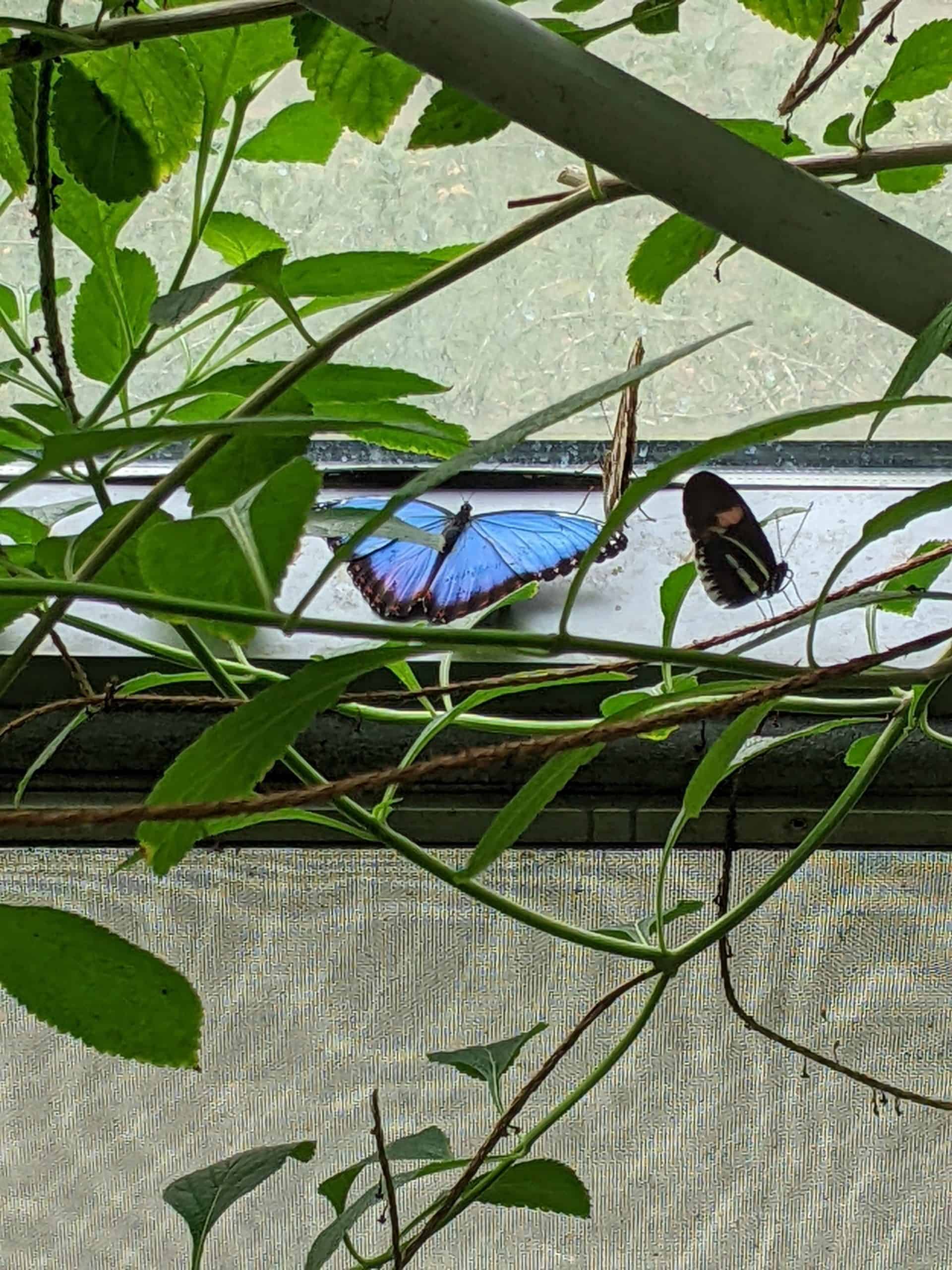 As it was nearing 5 pm by that point, we headed to the gift shop. I got some bouncing light-up balls and freeze-dried ice cream sandwiches for my niece and nephew, figuring they’d make great stocking stuffers.

Then we were off to my favorite part: the food.

The previous week I’d taken Justin and Savannah out for dim sum, and they were delighted. I ordered all my favorite dumplings and buns for them to try, and they loved it. I suggested we should try Indian food one day, and said I’d be happy to order for them again.

Back to the present: time for some motherfucking curry and tandoori.

I found a highly rated place (Curry Masala) just outside downtown and we headed out. When we walked in I encouraged them to take a deep breath and remember that delicious smell… if ever they walked into a place that did not smell like this (sorry, I wish I could include smell-o-vision for you here, but you’ll have to imagine), to turn around and leave.

They had a number of serving staff call out, so they were slammed and service was a bit slow. But the food was phenomenal. We ordered way too much, plus appropriate amounts of jasmine rice and naan. 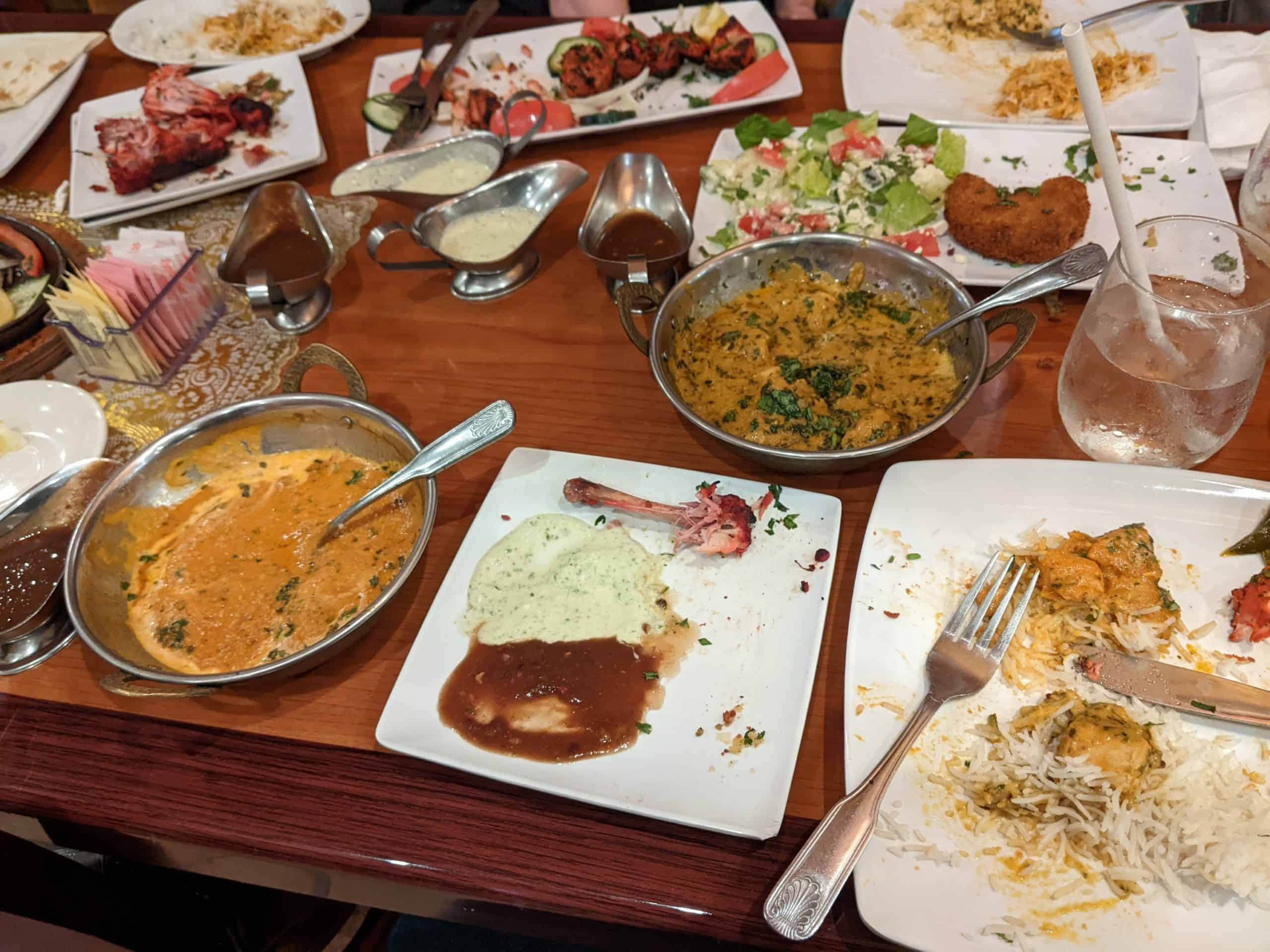 As we chatted and crammed our faces, Savannah turned to me and said, “OK it’s official… you can order for me any time you feel like it. You have great taste!”

That was music to my little foodie ears.

Both brains and bellies stuffed, we headed back to the house. All in all, a day very well spent.