An adventure for Christmas part 1: castles, blades, ghosts, and sausage 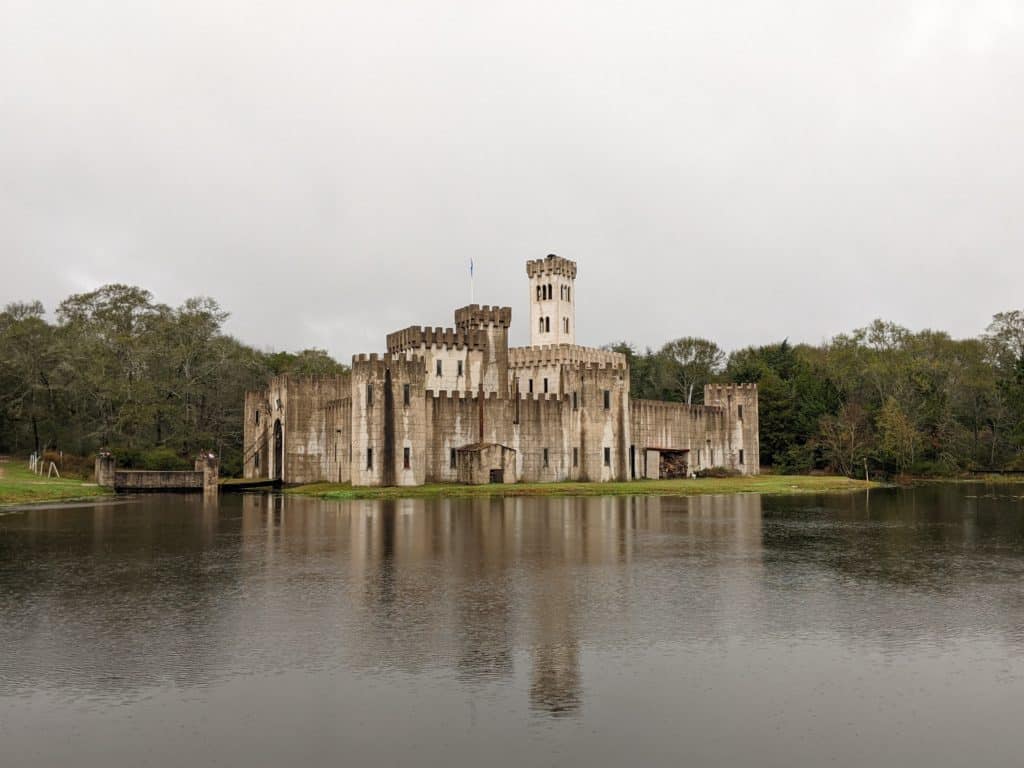 At the risk of sounding like a Grinch or a Scrooge… I didn’t give Christmas presents this past year. Not because it was a rough year (it was) or I couldn’t afford it (I could).

My reasoning: I didn’t want to have to pack up and load/unload a whole bunch of extra shit, which I’ll have to do if I get physical gifts from my family.

However, I knew if I got them physical gifts as per the tradition… they’d all feel like they had to get me something to unwrap too.

Tiny bit of a conundrum.

One day it hit me – several of my family members had at one point commented on how fun my full-time travel lifestyle looks.

(By the way in 2022, I’m working on being better at blogging openly about my travels vs. just sharing on my private social media channels.)

An idea started percolating and I threw it out there to see what they’d say: I’d give them an adventure or experience for Christmas.

There were only 2 rules: they had to choose what they wanted to do, and it had to be something out of the ordinary… i.e. not something they do every weekend. I sat back and excitedly waited for them to hammer me with ideas… but that’s not quite how it worked.

“I mean, what if I pick something too expensive for what you were thinking?” asked my sister.

“I just prefer being at home and have done most of the things I want to do,” said my mom.

“I’m down for whatever,” said my brother.

That was the first hitch in the plan… OK, not everyone hears “I’d like to take you on an adventure” and immediately thinks “great, I’ve always wanted to do XYZ!” Cool, I can work with this.

That’s when I started sharing articles and ideas to gauge their interest. Some of my favorite resources for finding interesting things to do are Thrillist and Secret Media Network. Each one of those sites has the ability to filter by city, so you can explore your town like a tourist might.

After a week or two of me not-so-gently prodding them with, “so hey, about that adventure…” I finally got my mom to say, “well that castle you found out in the woods sounds interesting…”

Mom expressed interest in the idea on a Thursday afternoon. Inside 10 minutes I’d booked us for that Saturday. A man named Mr. Newman had built a literal castle out in the woods of east Texas, in a tiny town called Bellville.

After a quick pit stop to grab breakfast tacos, we were on our way. It was gloomy and a cold front was moving in, but I could tell mom and Bob were happy to be something a little new and strange. The coolest part was after a brief overview, they basically turn you loose to explore on your own.

We had a blast walking the grounds with the giant Irish Wolfhound, Avalon: 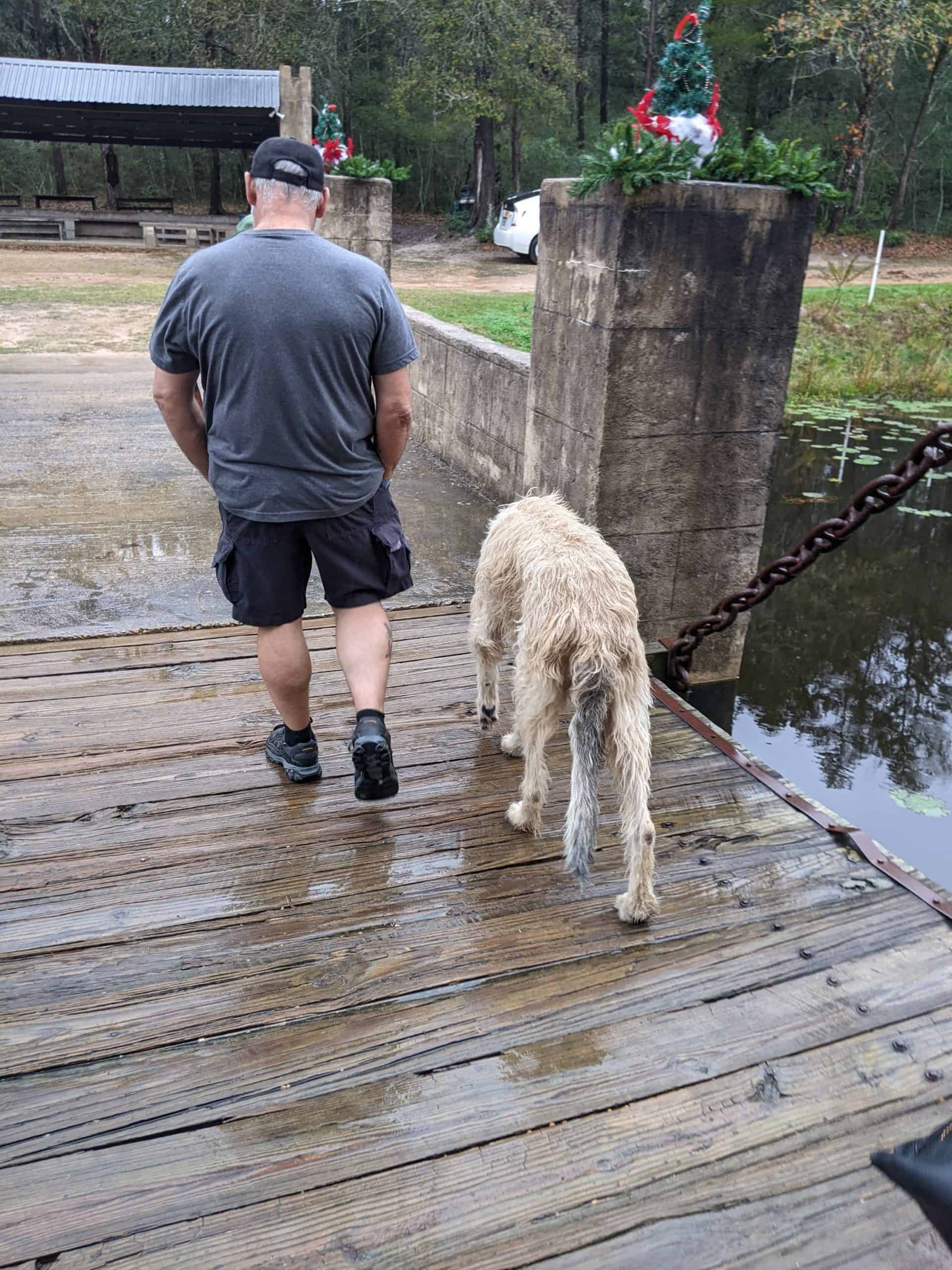 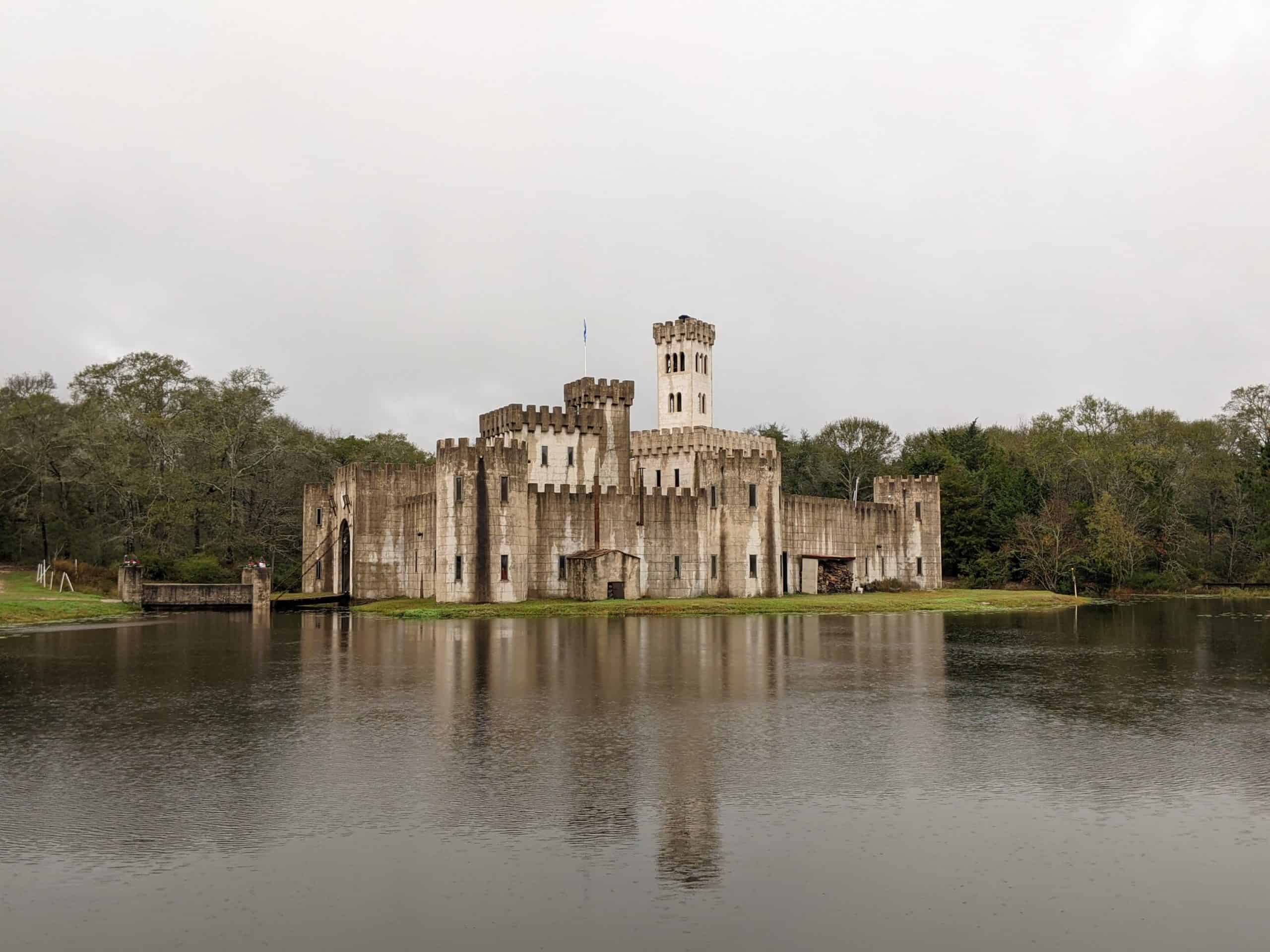 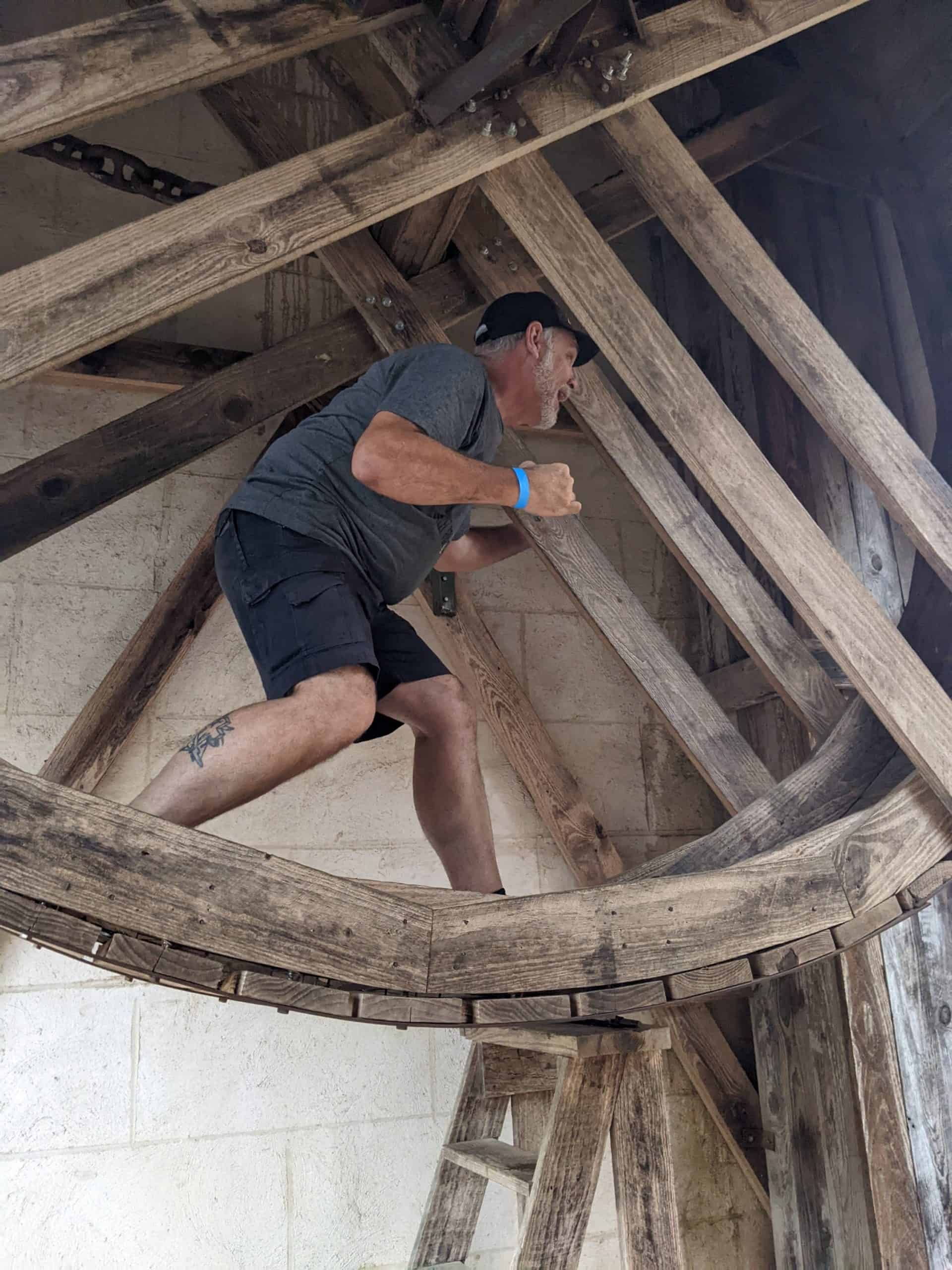 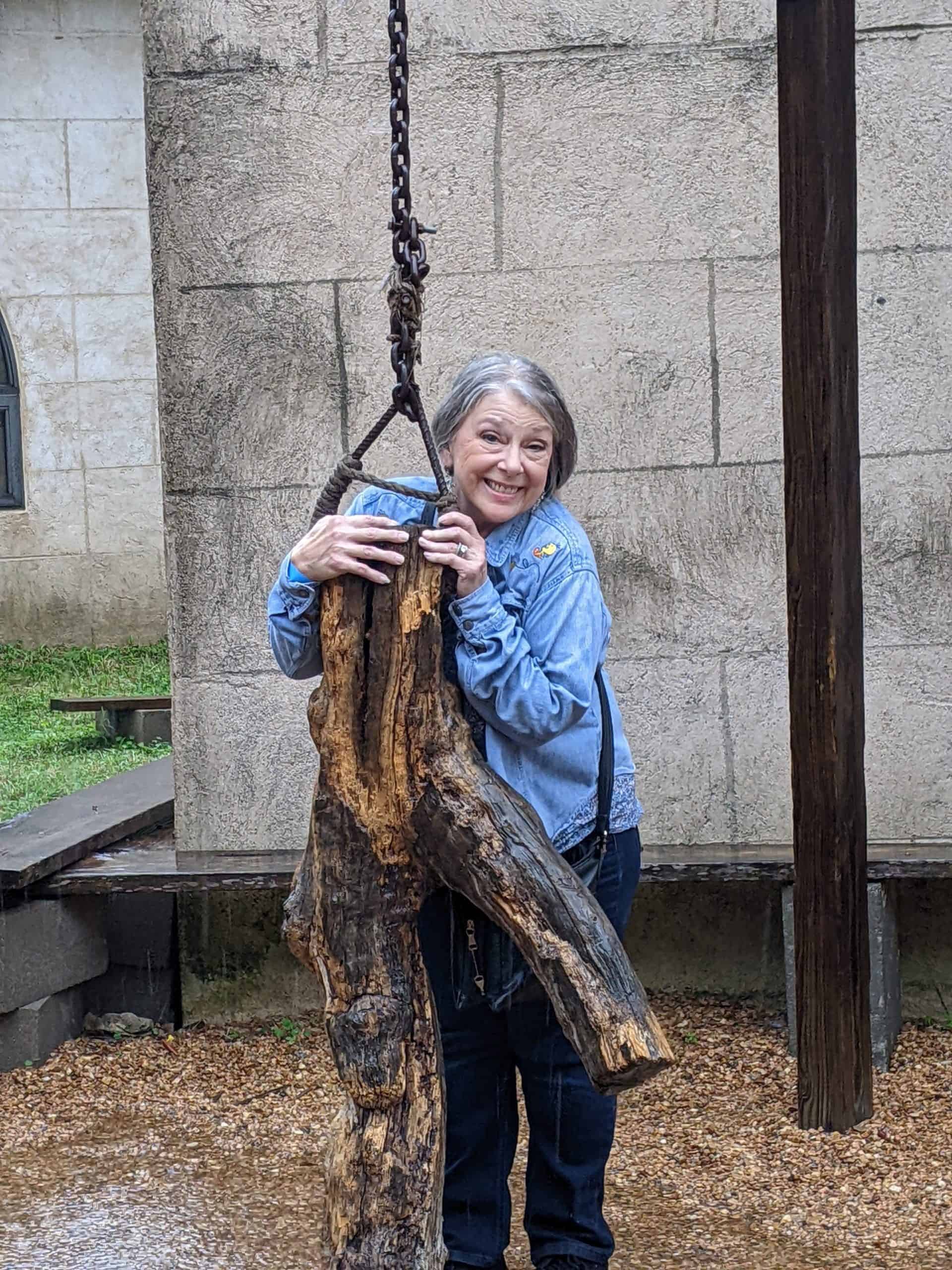 We spent some time hunting dragons and talking to Sir Steve, First Knight of the Order of the Donut (sorry, didn’t get a picture of him). 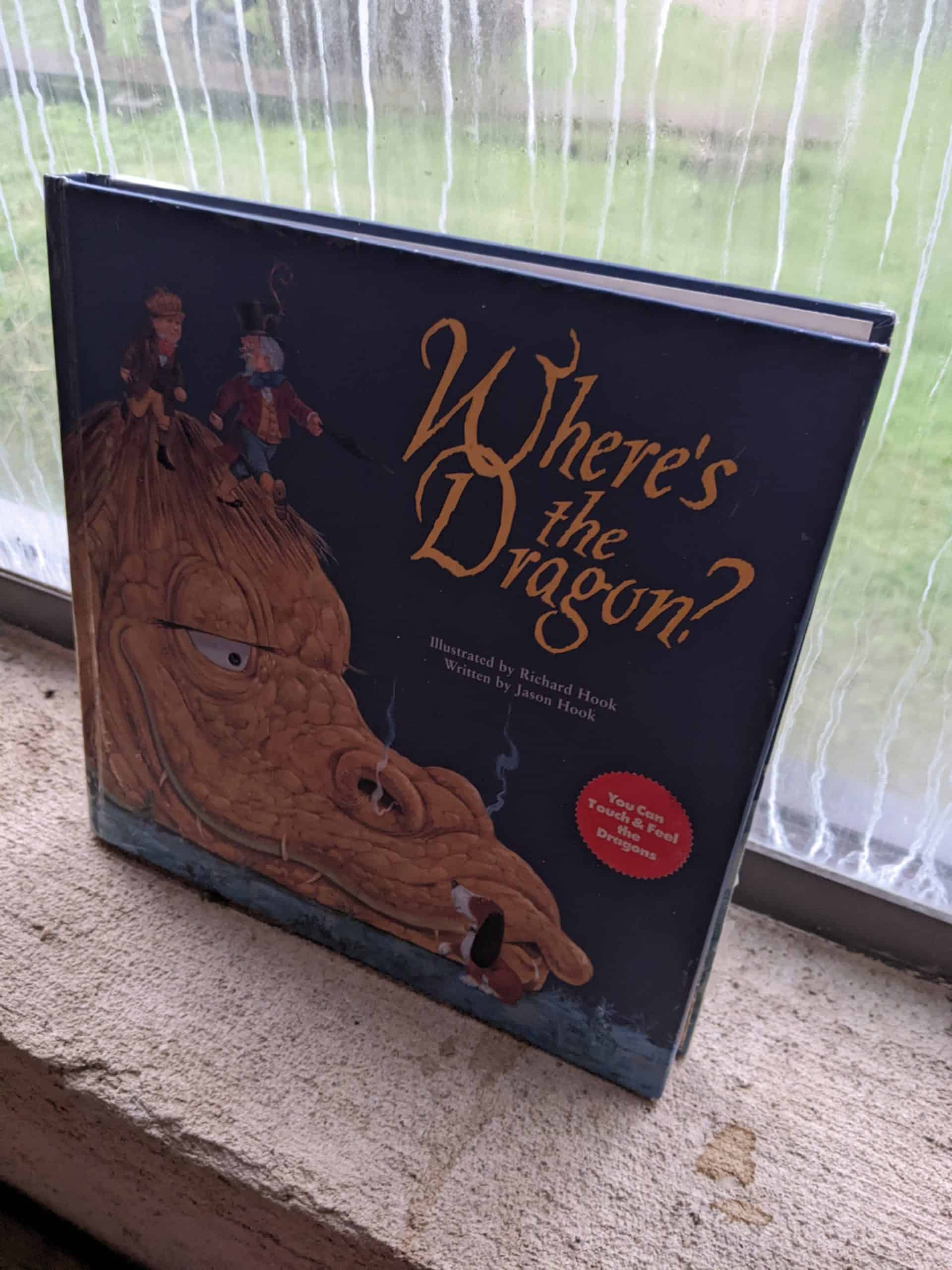 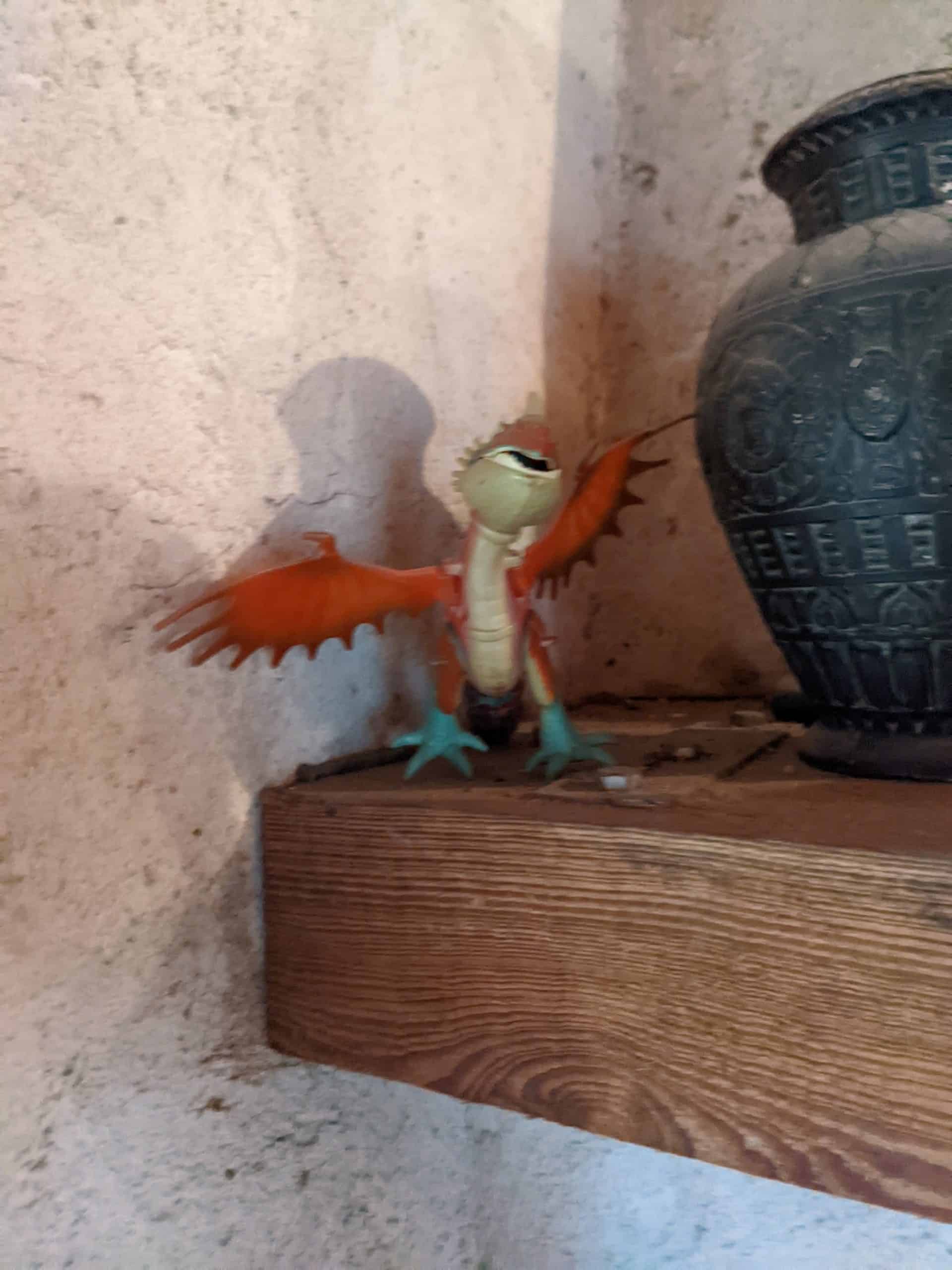 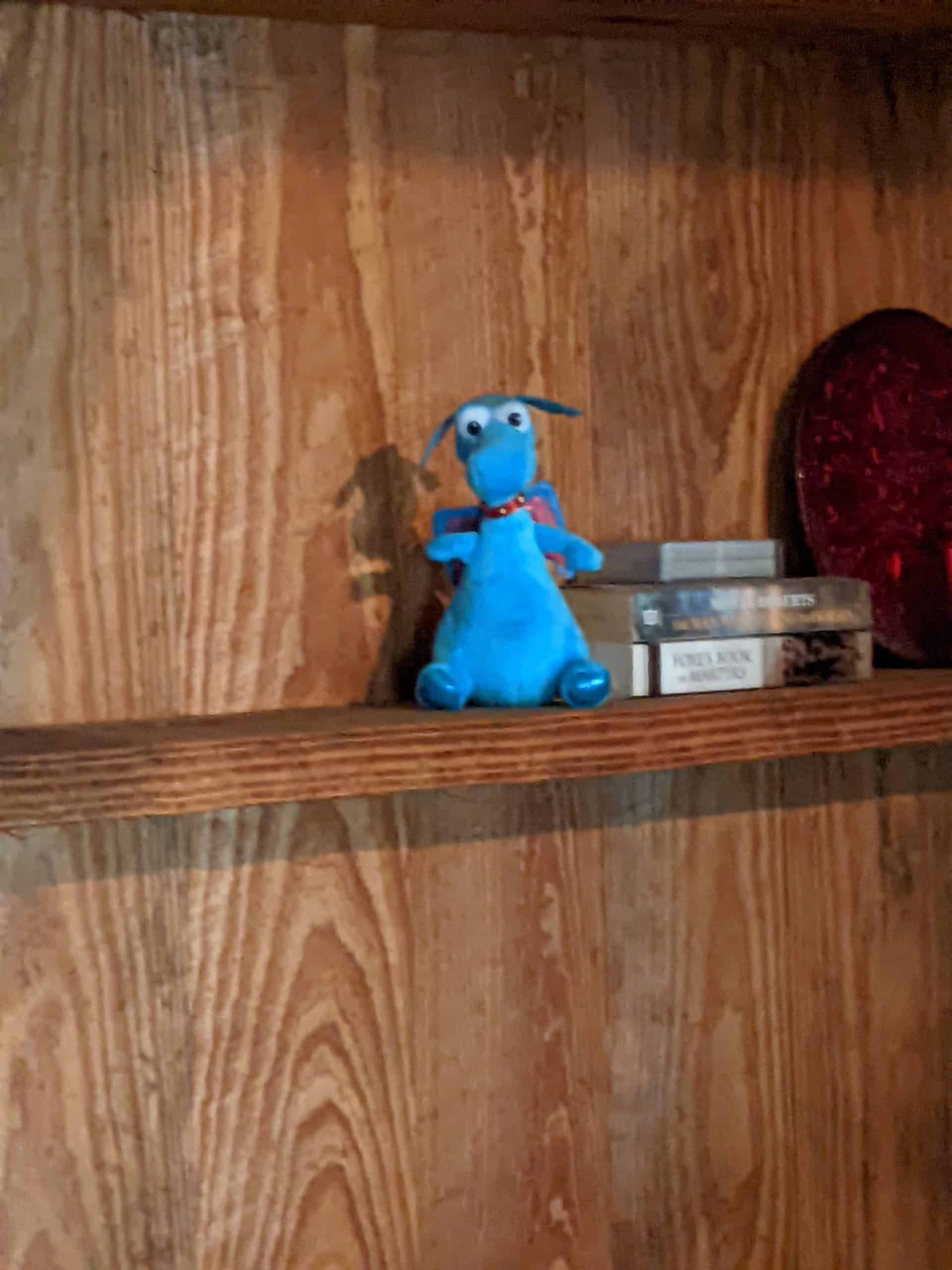 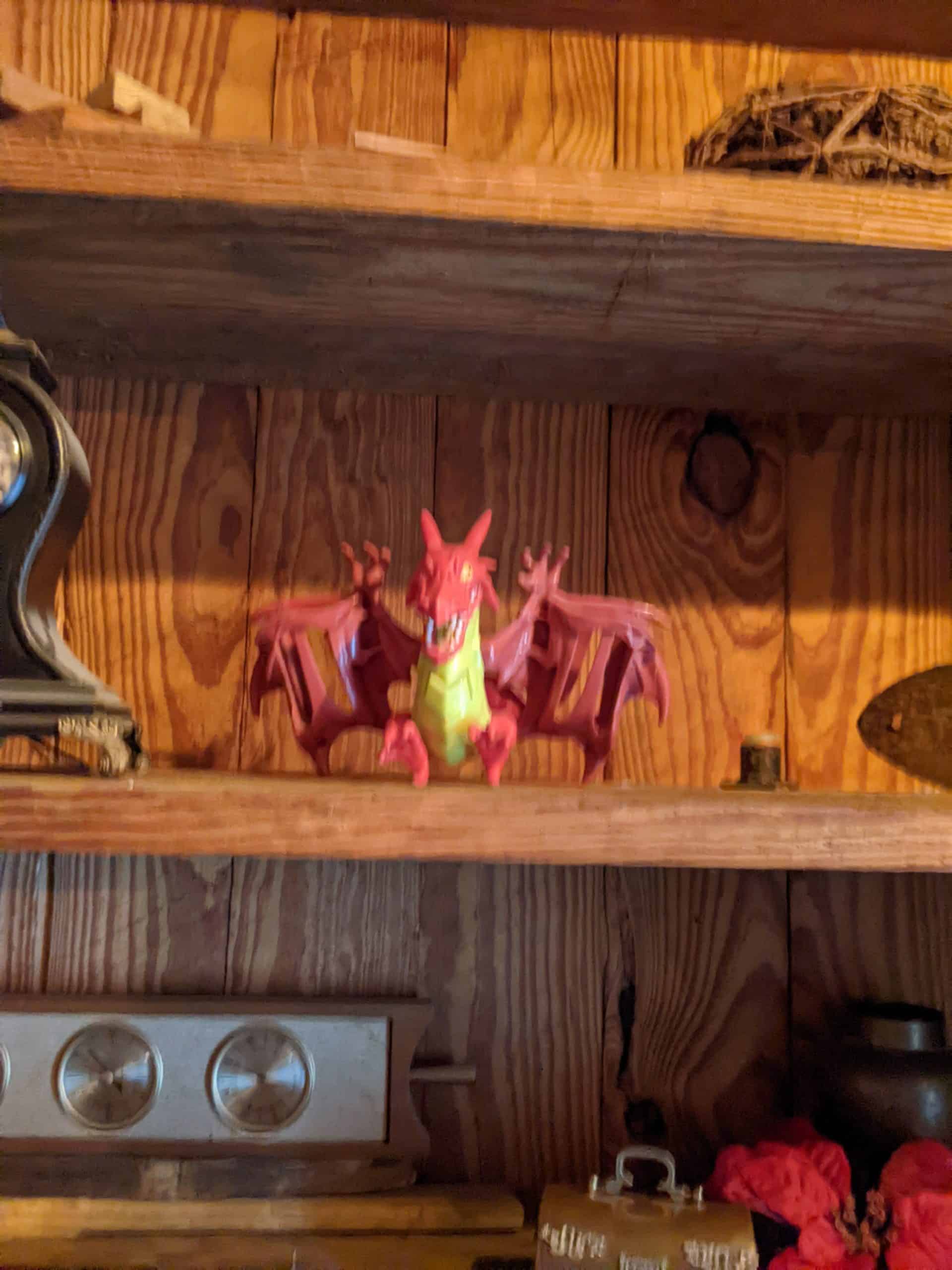 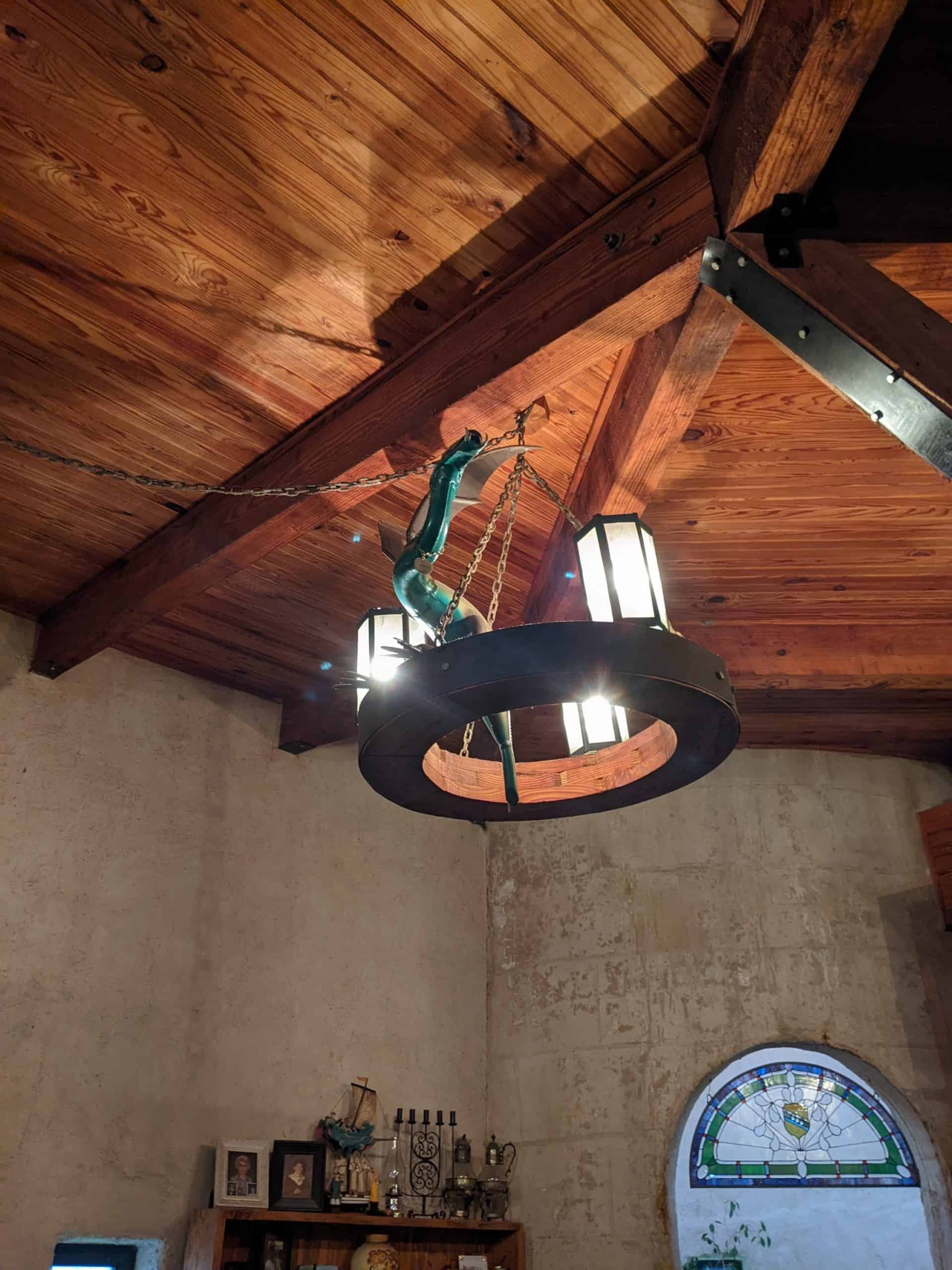 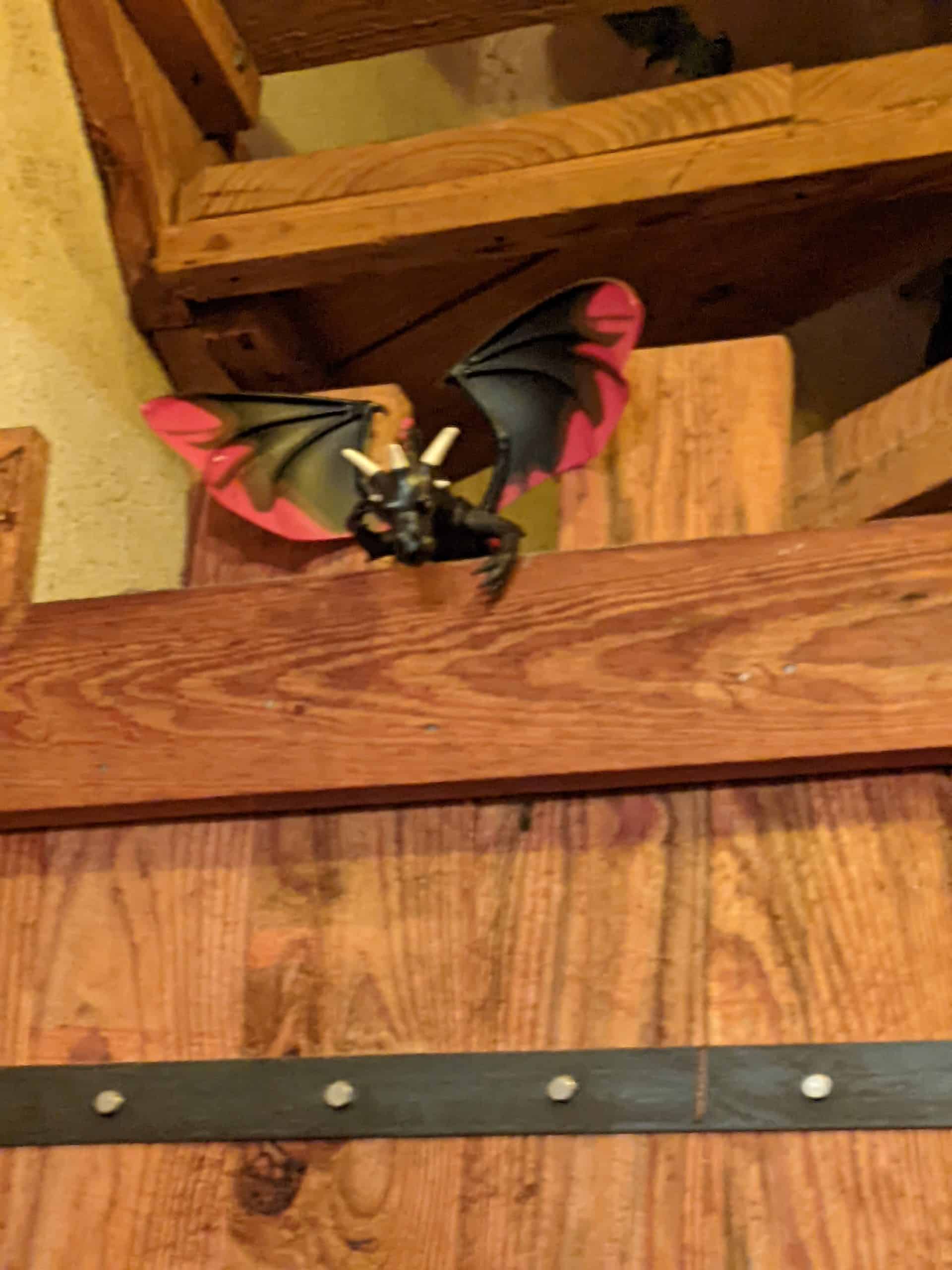 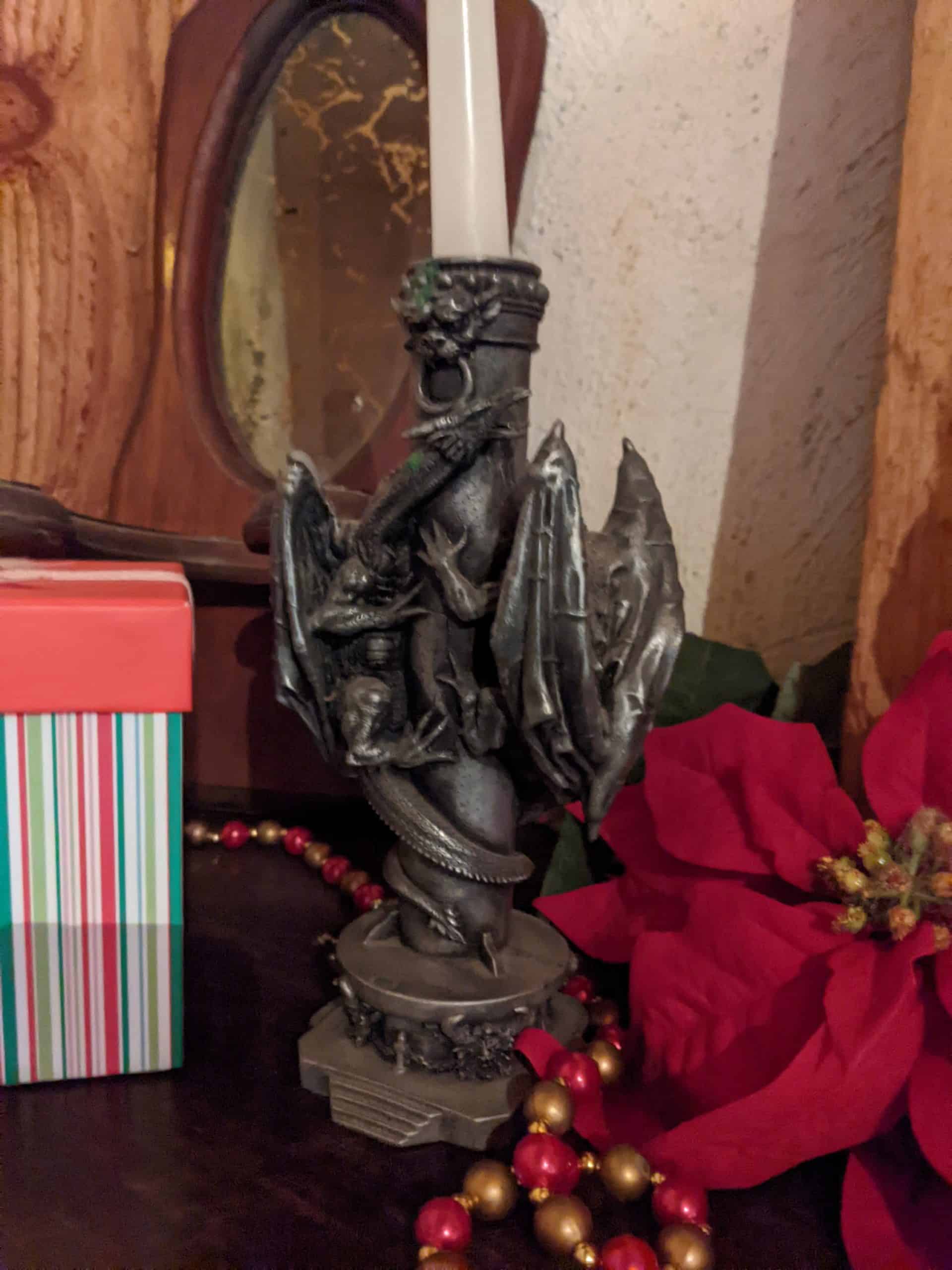 Bob and I were even “tortured” by another knight, whose name I didn’t get. 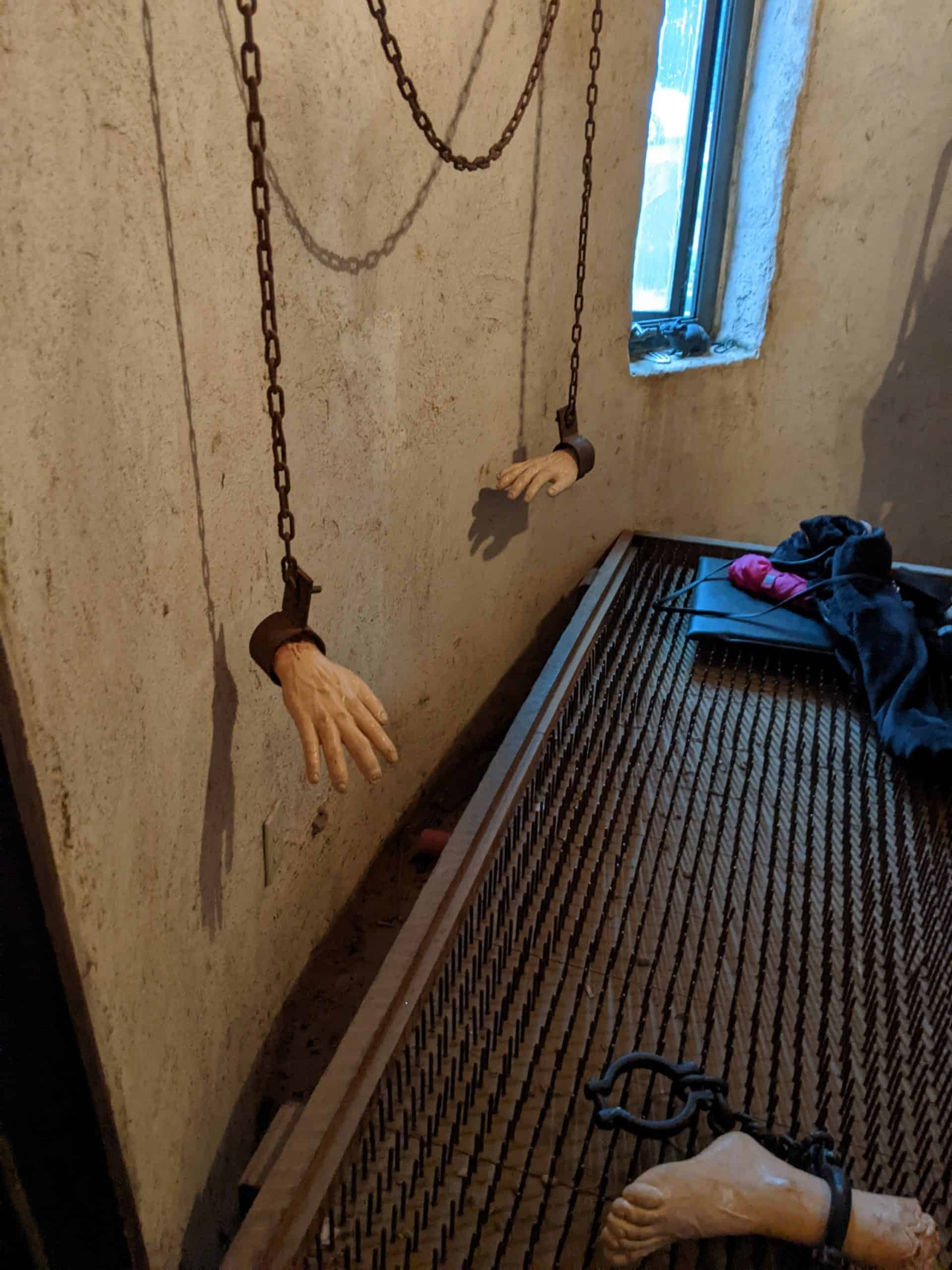 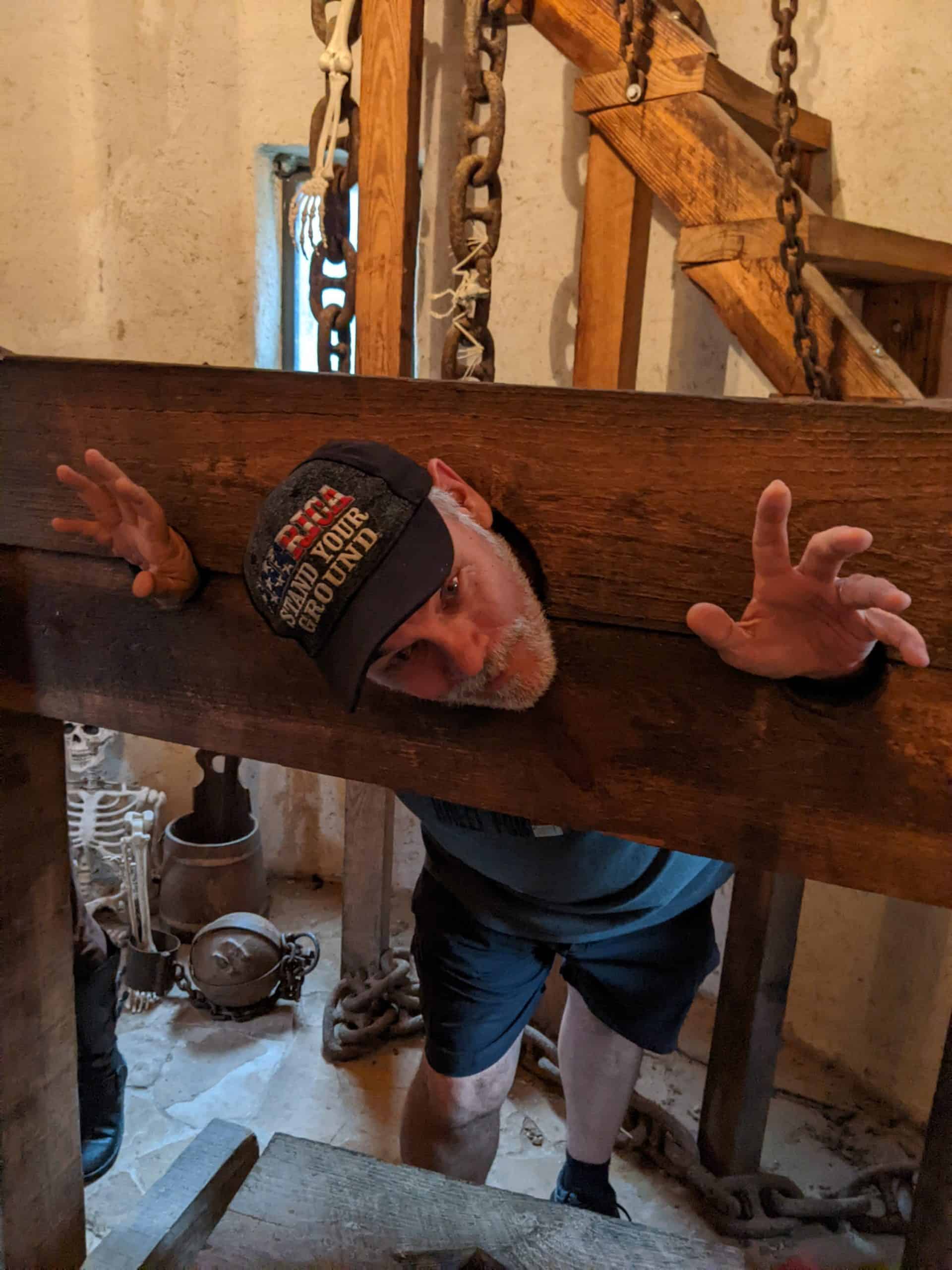 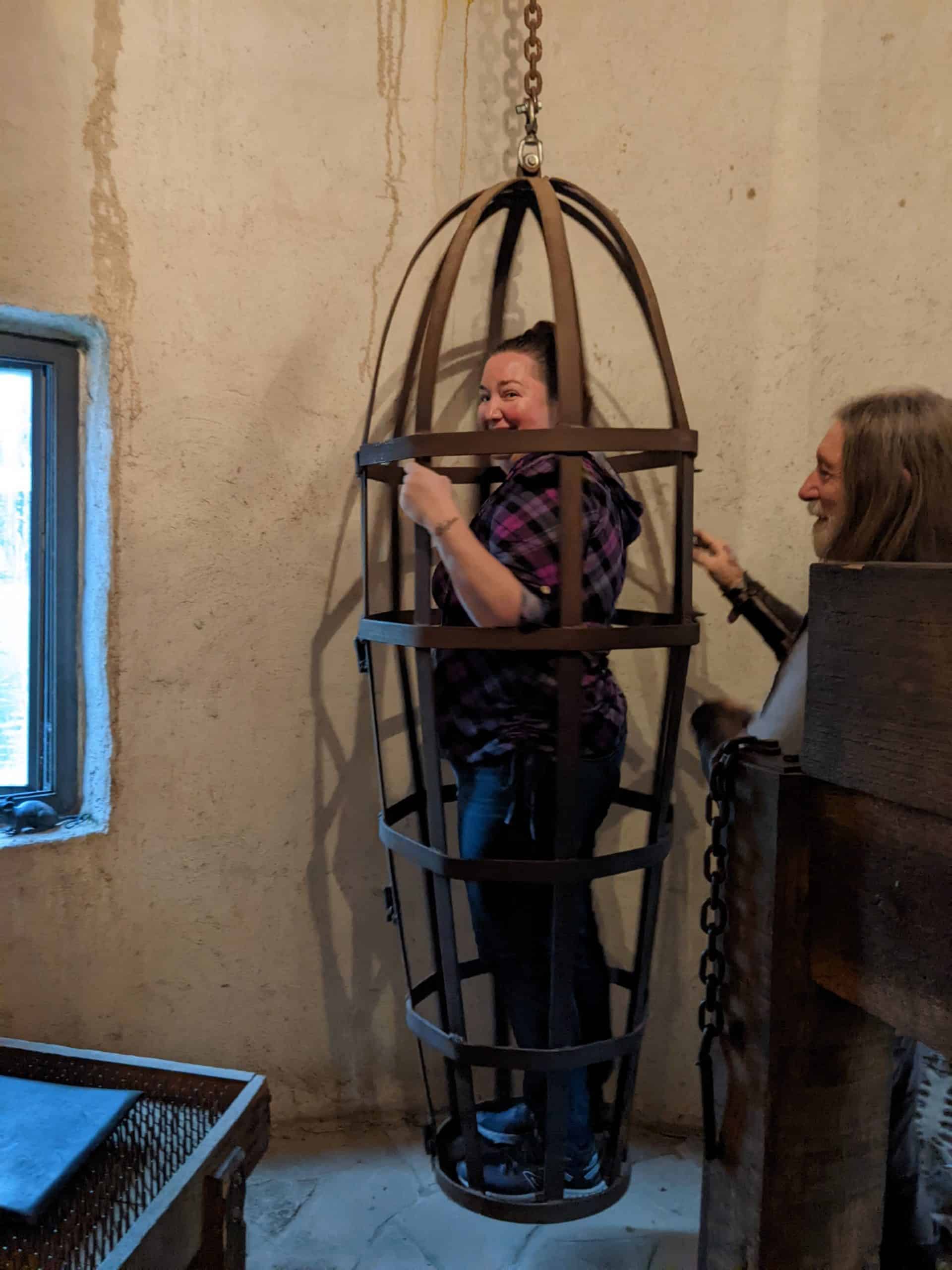 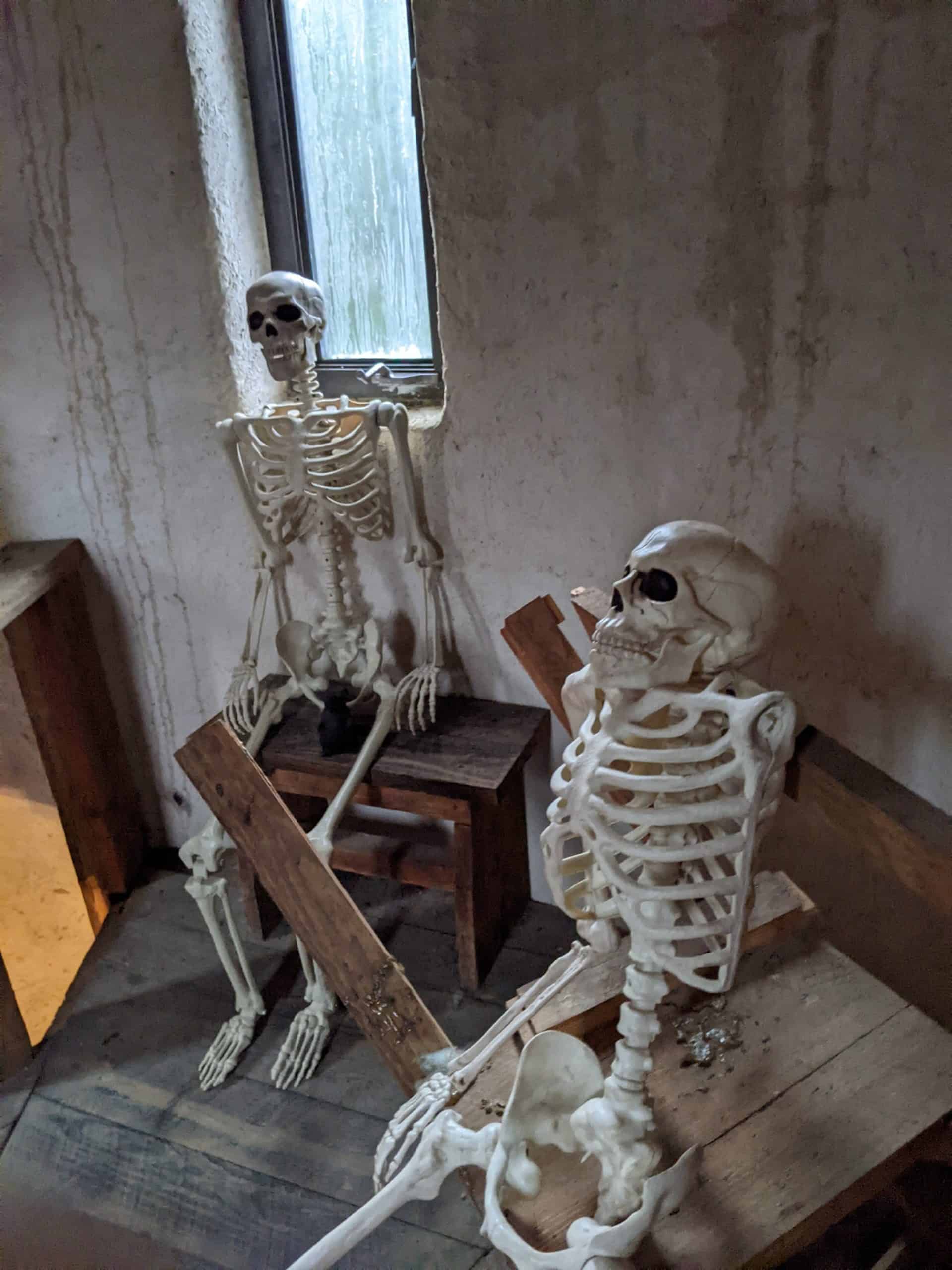 After we ate our lunch (conveniently included in the admission, and catered by the local bakery… also owned by Mr. Newman. Kinda genius), we started to leave and saw a flyer for a local blacksmith shop in where you could forge your own knife.

It sounded pretty fucking cool, so off we went in search of Phenix Knives. Bob made a big knife and I made a small one, while my mom bounced back and forth taking approximately eleventy thousand pictures. Here are a few of my faves: 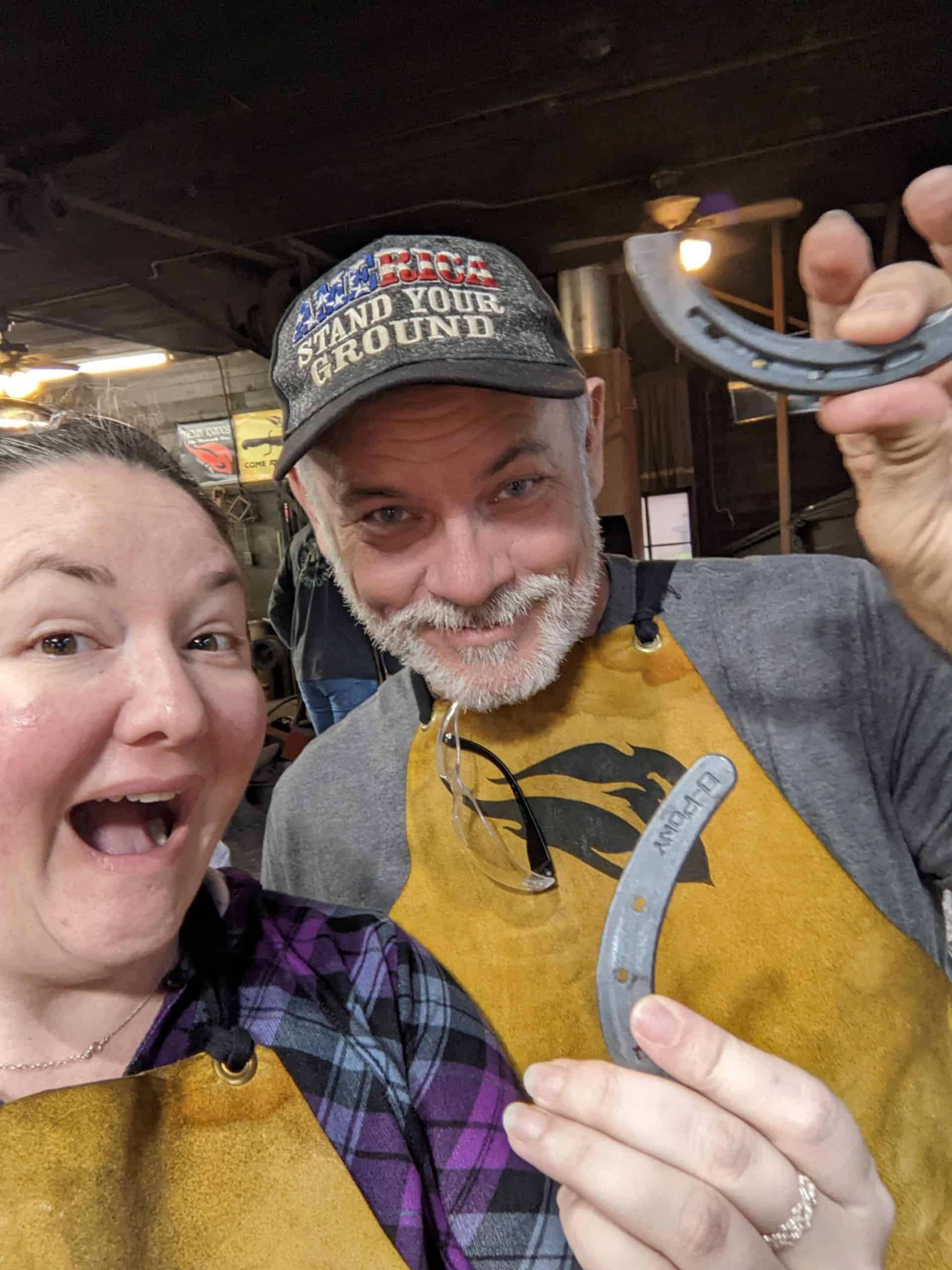 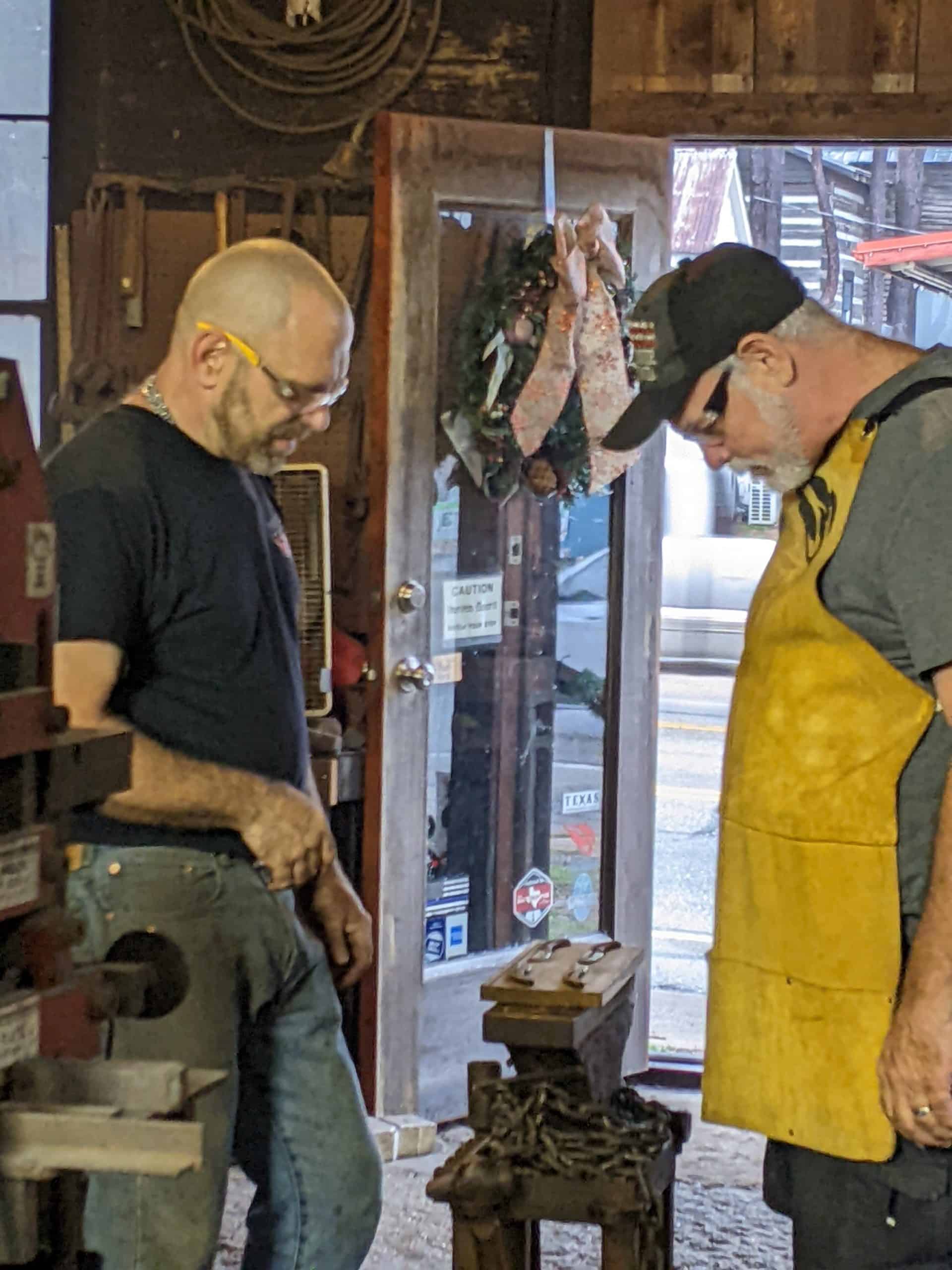 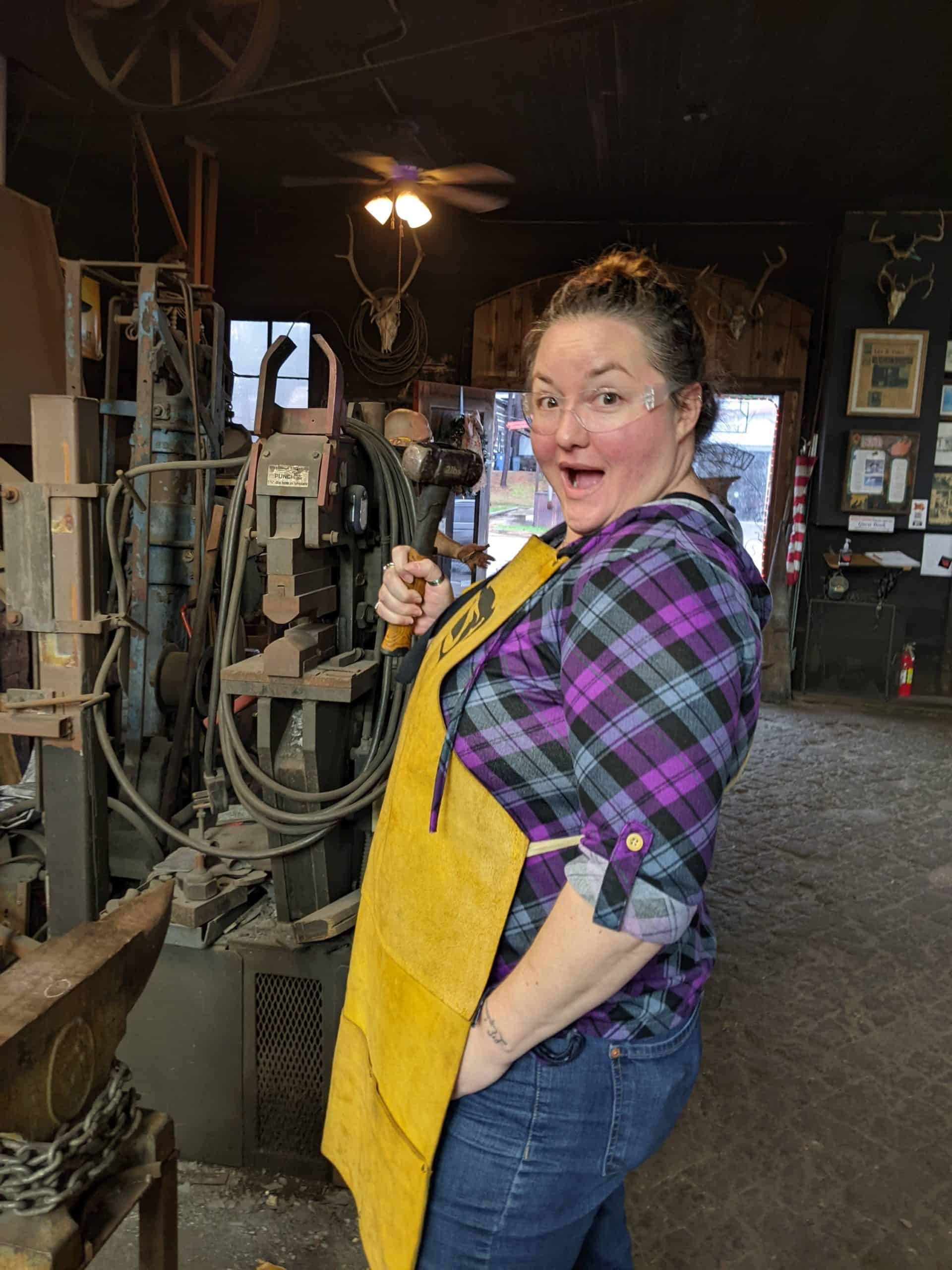 The shop is owned by a former contestant on the show Forged in Fire. I didn’t even realize until later that I’d worked with him (Cowboy Szymanski) directly. I learned that bladesmiths usually apprentice for around 10 years.

I also learned there are many ways to swing a hammer, and most of the ways I tried do it are wrong, but hey… I made a knife! 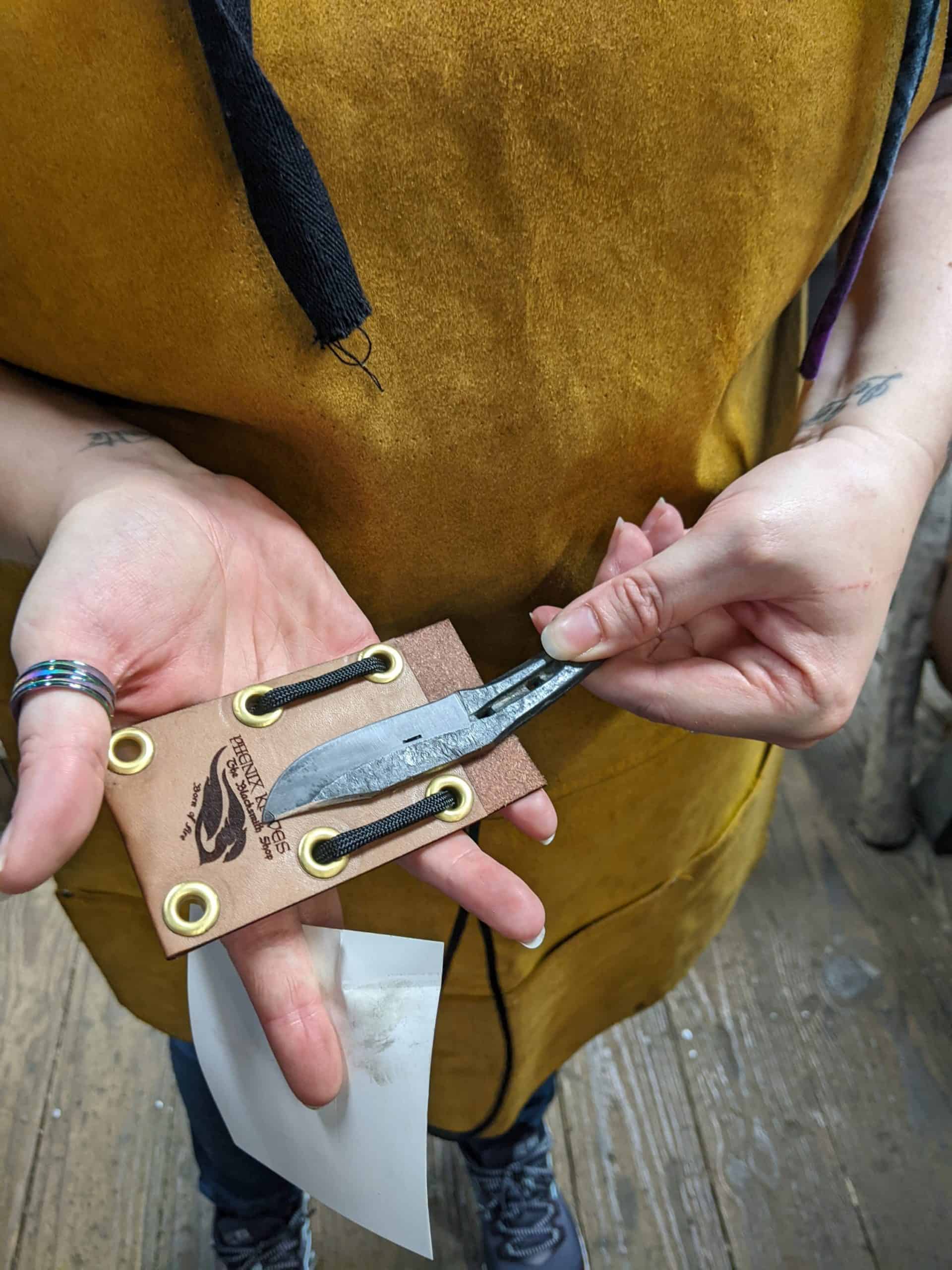 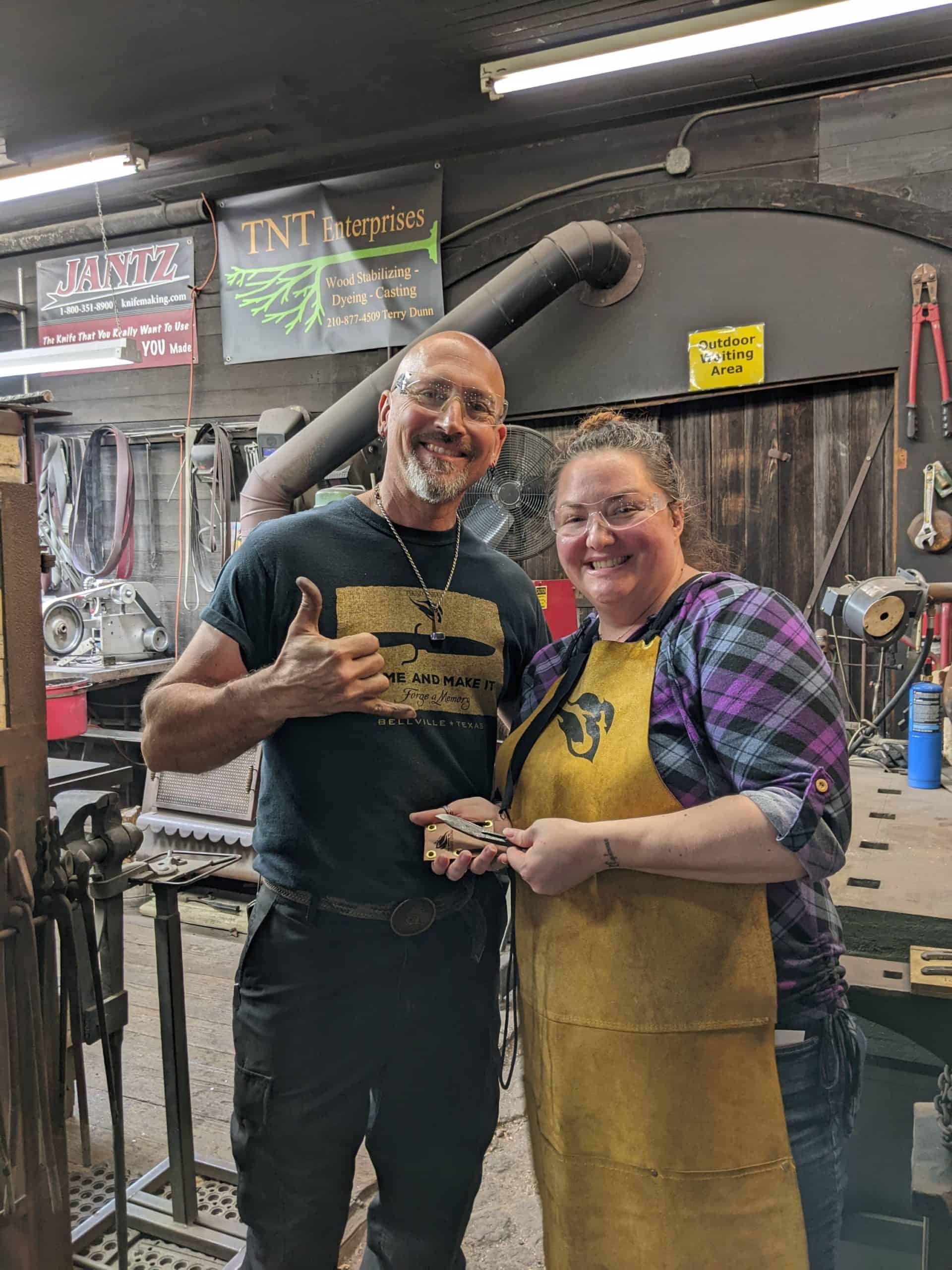 From there we found a haunted jail that had one lone hanging in the early 1900s, because my mom loves ghostly stuff. 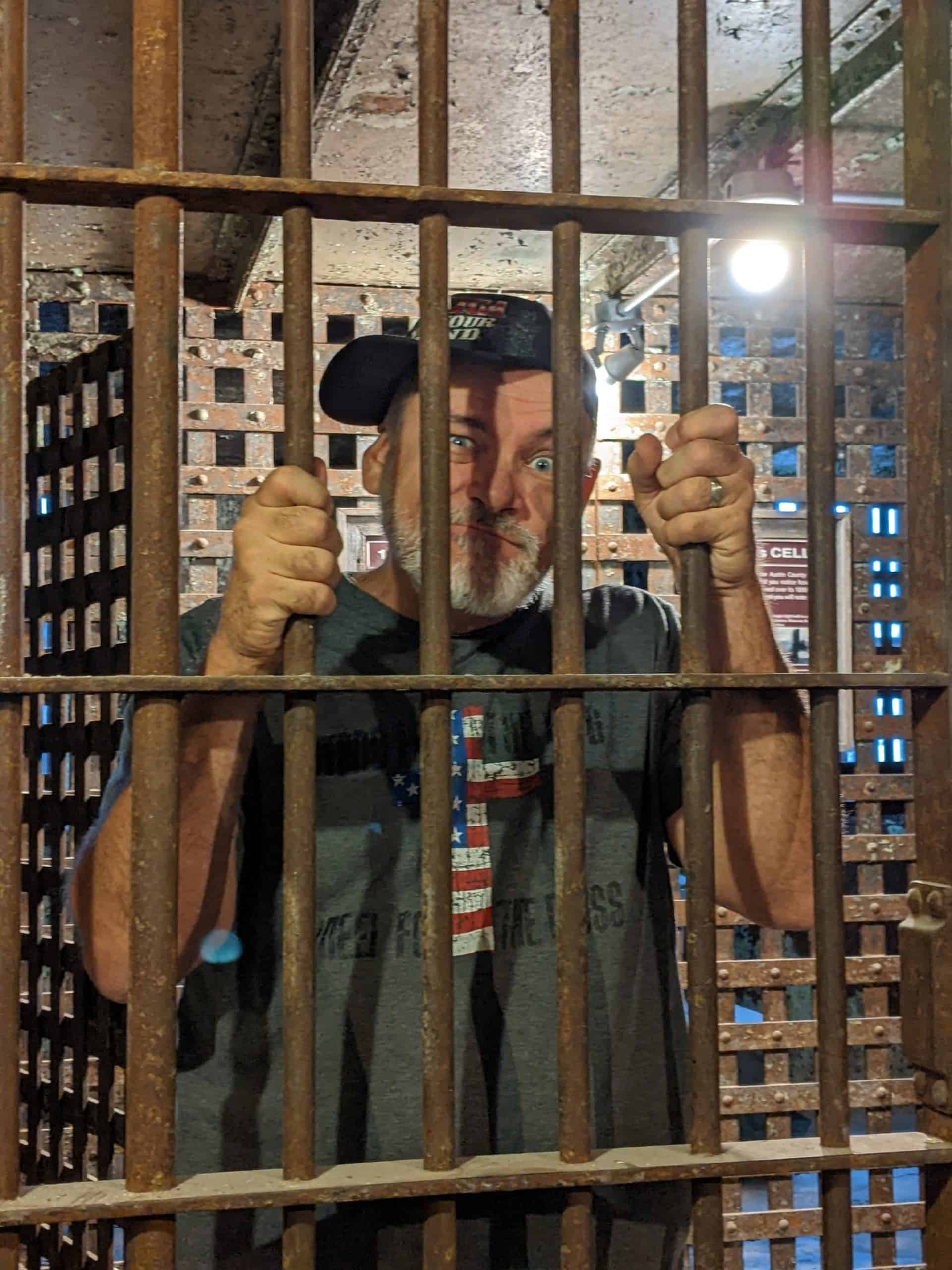 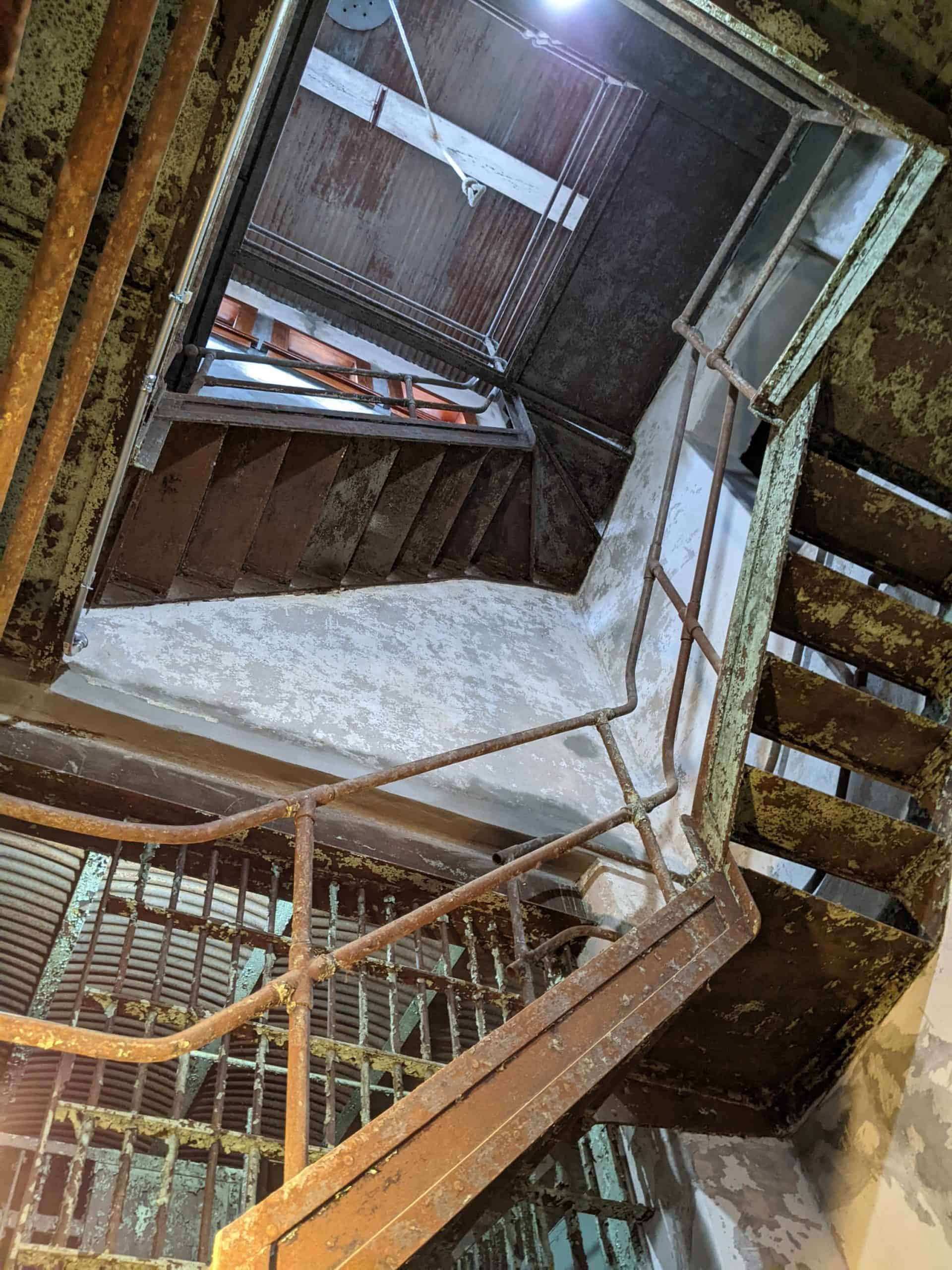 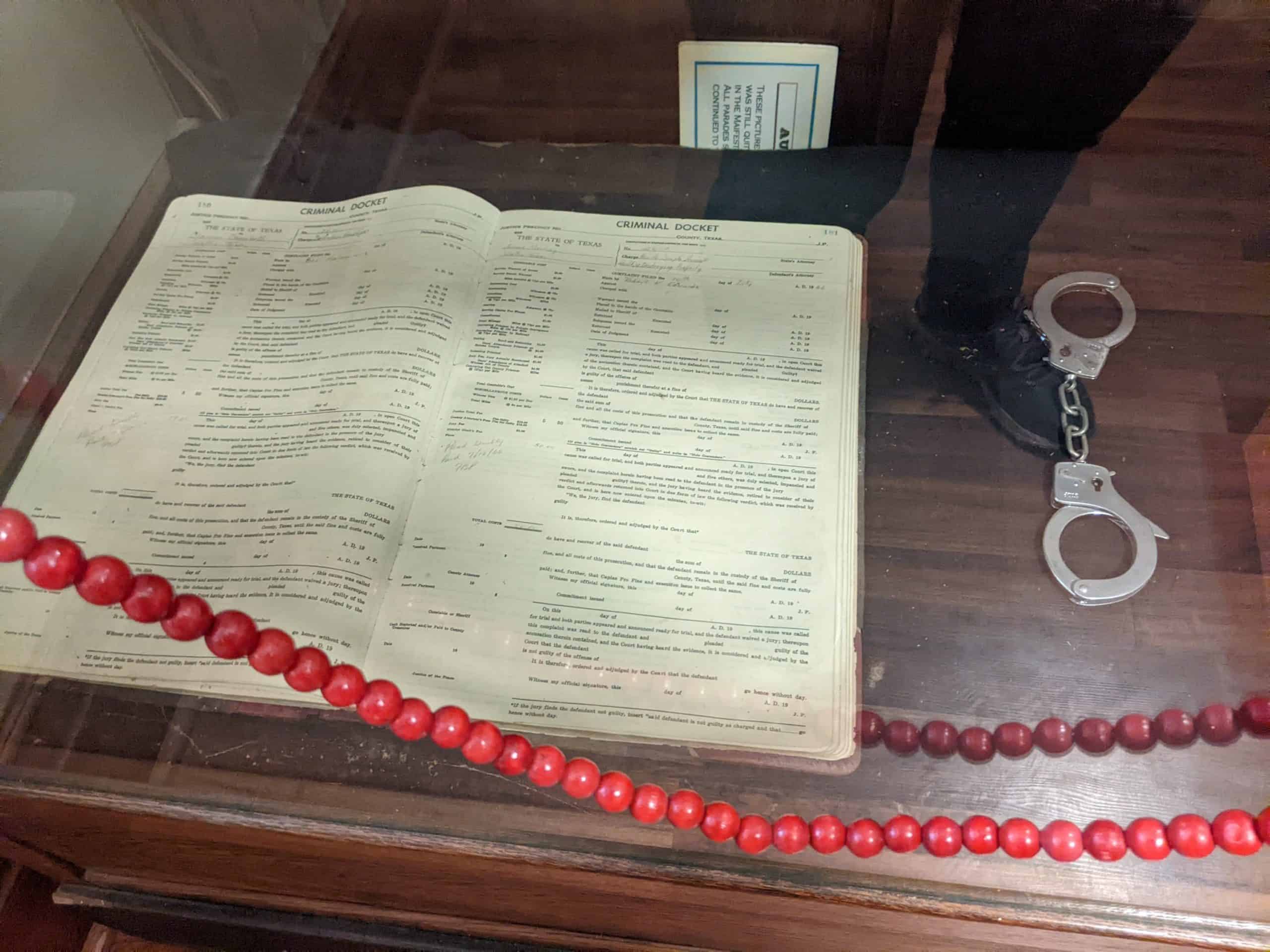 Then we hit up Chappell Hill Sausage Company for some fantastic cold weather food and headed home after a full day.

It took about an hour and a half to get home and mom and Bob each thanked me probably 20 times on the drive back. They admitted they didn’t get the whole “adventure gift” thing, but they were glad they’d gone.

We breathlessly told the family stories and shared all the pics and videos… and that’s when I could tell the idea was starting to take hold.