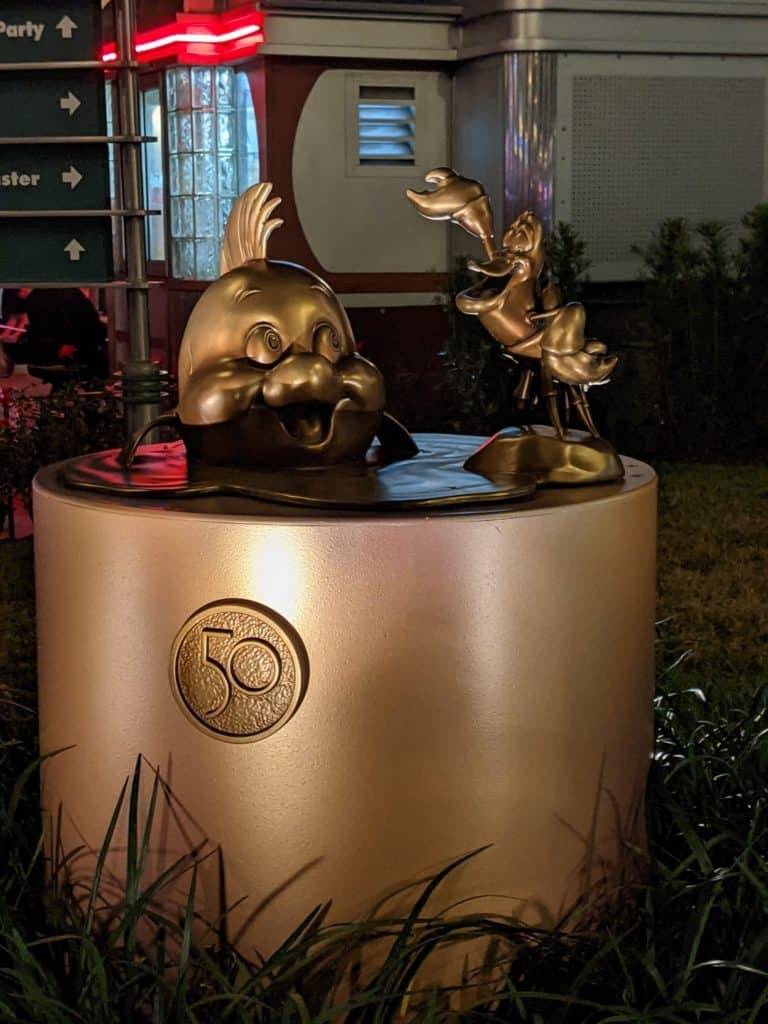 A few years ago, when I still lived in Florida, a random Disney day would have been a regular thing… not at all surprising to anyone that knows me.

I’m not even sure if it’s surprising to anyone now that I no longer live in Florida.

Friday night I was sitting in the recliner at my Airbnb, chatting on the phone with my friend Chrys. We were making plans for our upcoming trip to Magic Kingdom on Tues Nov 16 and trying to figure out where and when we’d meet.

After we hung up, I started looking into tickets and was suddenly seized with the compulsion to buy a ticket for both Saturday AND Tuesday. I did the briefest amount of digging and found a ticket option that would let me go solo on Saturday AND show up again Tuesday.

Approximately 5 seconds of thought later, I had a 2-day ticket in email.

The only challenge was… it was after 9pm on a Friday night and in 12 hours I had to be at the park, which is about an hour and a half drive away.

I grabbed my treasured Haunted Mansion backpack and started tossing things inside – power pack, sunscreen, extra socks, Magic Band. I looked up the weather and laid out an outfit, looked up the drive time and figured out how early I’d have to get up in order to make it there in time for “rope drop”.

That might have been a mistake in retrospect, because in all the excitement of packing and planning my rando last minute trip, I slept like shit.

By 5:30 am I gave up the ghost and started getting ready, spending a ridiculous amount of time braiding my hair JUST SO (worth it – I got a lot of compliments). 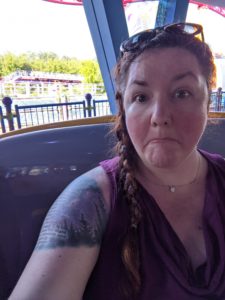 Marvel at the braid (most of which you can’t actually see in this pic).

Quick pit stops for gas and coffee and I was on the road, listening to My Favorite Murder as I cruised along Highway 4 toward Orlando. Murder + Magic = surprisingly great combination, as it turns out.

I ponied up a little extra for premium parking and hustled to the front gates where I ran into the inevitable complainer. At least I got it out of the way early in the day?

He was busily scrolling through the Disney app, dismaying at how high the wait times were already now that the “early entry” folks staying at the resorts were already inside. After a few minutes of griping at how Disney was sucking all the fun out of everything, his lady friend turned around and hissed, “Stop it! Some people are here on vacation and trying to enjoy themselves and they don’t need to hear your nonsense!”

I almost high-fived her. Almost. But I didn’t want to embarrass her by telling her how much I loved her.

That right there? It’s the main reason why I never invited one of my ex-boyfriends on a Disney trip.

“Why don’t you ever invite me to go with you to Disney World?” he whined one day.

“Because you will ruin my happy place for me,” I told him, staring daggers at him. “You will bitch about the cost or the heat or the crowd or the wait time or any other thing that pops into your head, which will cause me to murder you. Then not only will my happy memories be tainted, I will be arrested for murdering you at Disney World. I refuse to go to jail because of your bitching, so I simply choose not to invite you.”

Side note: if you’ve ever thought “hey going to Disney with Angie would be a fucking riot!” you’re right! Just don’t be a complainer. If you roll with me, you’re rolling with the girl who’s in Magic Kingdom until 1am and then up again at 4:30 to hit Extra Extra Magic Hours at Hollywood Studios because OMG NEED TO RIDE THE RIDES AND EXPLORE STAR WARS LAND.

Lest you think I’m joking… this is me and Alix and Sally during our last visit in 2019, where we closed down Magic Kingdom (in costume no less) close to 1:30am and were taking pictures near the Millennium Falcon around 6 am: 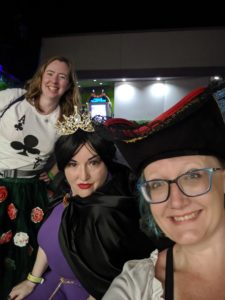 L to R: the Ambush, the Evil Queen, and Pirate! 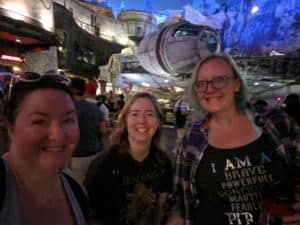 These are the faces of “sleep? Who needs sleep when you have MAGIC?”

Note the big ass smiles despite the minimal rest.

There will be no complaining (unless it’s about lack of coffee) because once we’ve ridden all the rides, we’ll be back at the resort taking a nice long midday nap during the heat of the day, when everyone else is overwhelmed by crowds and heat.

Don’t wreck the magic – that’s the one and only rule keeping you safe from Angie’s wrath.

Ahem. Back to this past weekend…

As I was strolling through the park, marveling at all the Christmas AND 50th anniversary decor, I wondered just what compelled me to do this.

I realized that Saturday, Nov 13 marked exactly one year since I turned over my keys to my ex, packed my cat in the car, left all my shit behind and hit the road.

Something in my soul must have known that it was about time to mark this momentous occasion and look back on this past year. Why not do it at Disney?

Stay tuned for part two, with some potential ride spoilers (Rise of the Resistance was awesome and totally worth going on, even if you’re not a huge Star Wars nerd), decor pics, and the story of my inadvertent lunch buddies.